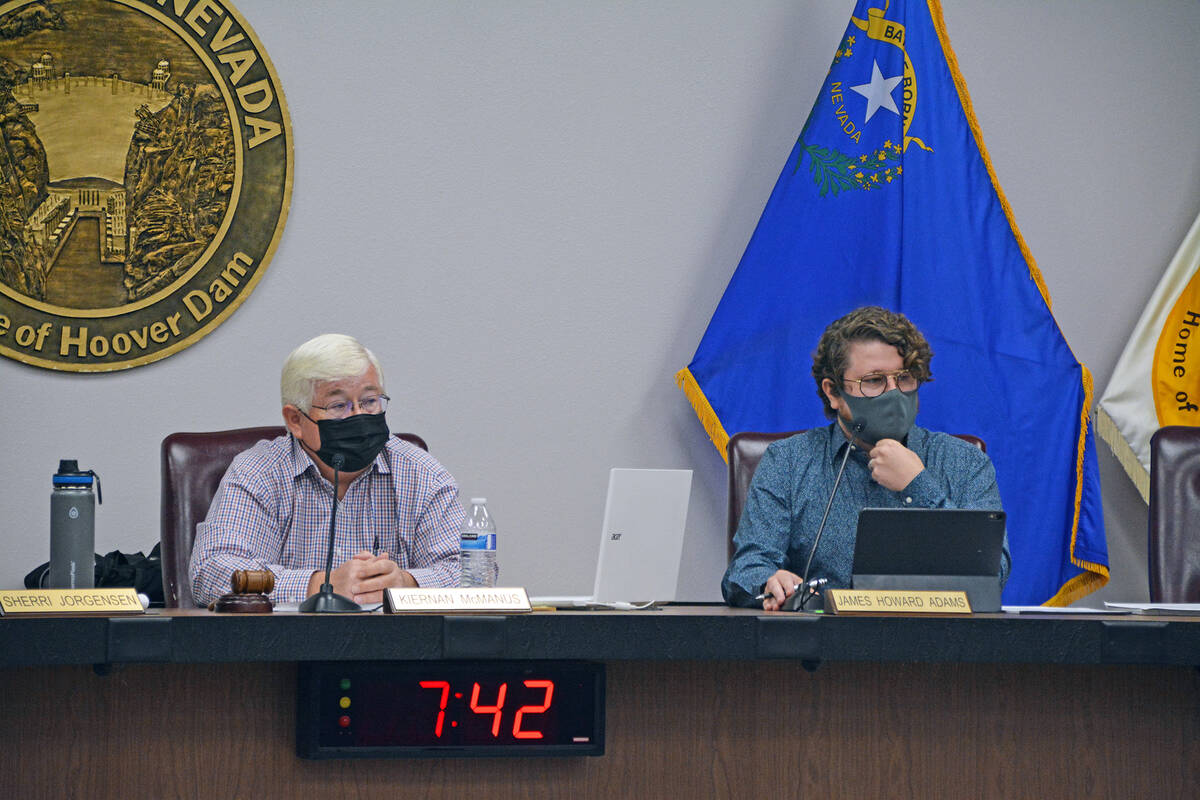 City Council approved the “Boulder City Cares” program at its Tuesday, Sept. 28, meeting. It gives subscribers up to two medically necessary emergency transports per year and eliminates the patient’s deductible or copay for them.

Fire Chief Will Gray said the annual subscription fee is $75 for an individual and $125 for a family of up to five people living in the same household. The pool of those fees will pay for the out-of-pocket transportation costs.

“I think this is a very good program to start here,” said Councilman James Howard Adams. “I think it’s the right direction.”

Adams said he was “concerned” about what would happen if a department other than Boulder City provided the transport.

“Obviously, we have a limited fleet here and every now and again outside transportation is needed,” he said. “What happens to those individuals who have paid into this program and then are having to get picked up by somebody else through no fault of their own but all of our ambulances are out?”

Gray said he estimated that the department has to use outside medical transport six times a year and it would be a rare occurrence for it to happen in this program. If it did, the member would have to pay the cost.

“The likelihood is lower but it is something to consider,” said Councilwoman Claudia Bridges.

Gray said had talked to Acting City Attorney Michael Oh about what was needed in the contract for that possible scenario.

Oh said he recommended including language that would “indicate Boulder City reserves the right to use a third-party ambulance provider in the event that they don’t have any available” and that the member could request a reimbursement of the subscription fee.

Councilwoman Sherri Jorgensen said she thought it was “wise” to add something like that.

Mayor Kiernan McManus said he also thought it was “important” for the council to review how effective the program is after a certain amount of time.

He made a motion to approve the program with a provision for it to be reviewed after 30 months and added the disclaimer that residents could seek reimbursement for the membership fee if they were transported by a third-party ambulance.

Also at Tuesday’s meeting, council approved a grant award of $147,952.38 from the Federal Emergency Management Agency to the fire department for the purchase of new self-contained breathing apparatuses. It also approved spending $176,735.14 to complete the purchase of 22 of the apparatuses and the appropriate accessories.

“I appreciate the work on following through for the grant programs,” said McManus.

He said even though the money for the equipment was budgeted, now it could go to other things in the city.