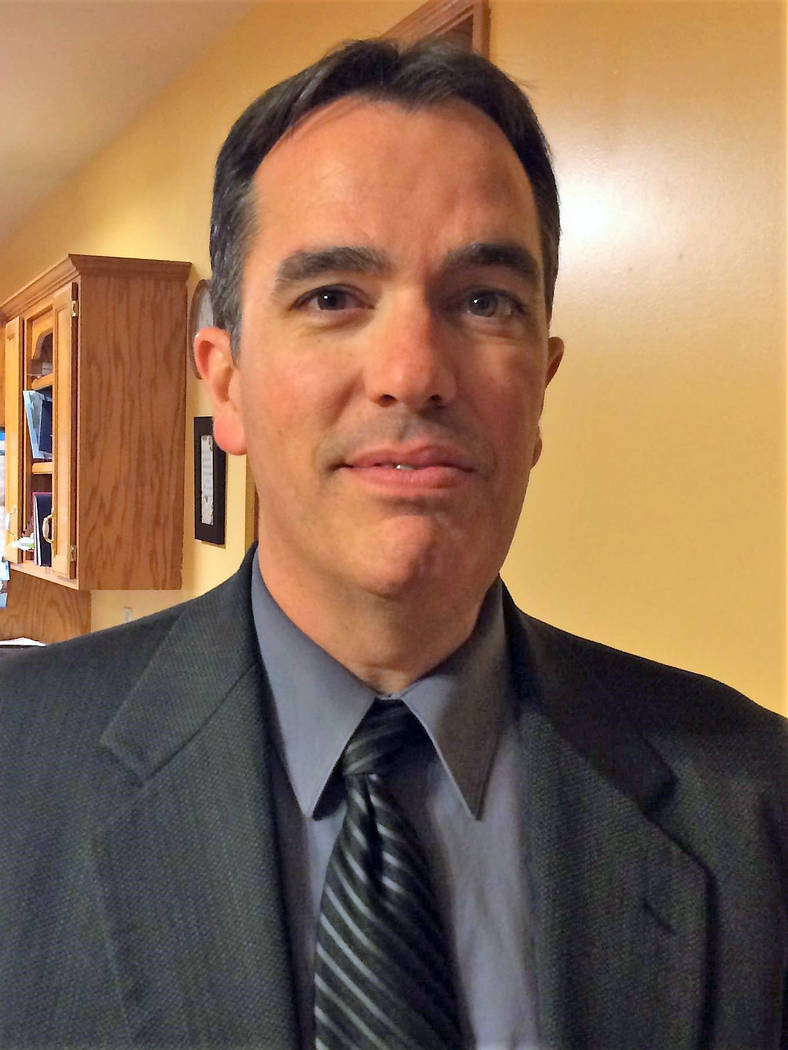 Michael Mays of Woodridge, Illinois, has been hired as Boulder City’s new community development director. Currently a department head for the village of Woodridge, he will begin his new job Monday, Sept. 18.

“During the interview process, Mr. Mays impressed the interview panel and staff with his experience in community development, his demeanor and the research he had done on Boulder City,” said Acting City Manager Scott Hansen. “I feel he is going to be a great fit with our business community and city staff.”

Hansen said he also expects Mays to be a key player in planning for the impact of Interstate 11.

Mays has been a municipal planner for 22 years and has worked for three suburban communities in the Chicago area. For the past 13 years he worked as a department manager with the Village of Woodbridge, which is east of Naperville and has a population of approximately 33,000 people. It also the home of Pabst Brewing Co.

“During that time I gained experience working with the public, elected officials, governmental agencies, neighborhood groups and the private sector to successfully implement community and neighborhood plans,” Mays said.

He said that he has also negotiated more than 40 annexation, boundary, intergovernmental and development agreements; coordinated and directed the community’s economic development efforts, including business attraction and retention; and helped facilitate the reinvestment of more than $50 million in an older mixed-use neighborhood in Woodridge.

Mays’ experience working in suburban communities is something Hansen said he is looking forward to utilizing for Boulder City.

“His extensive experience working in a suburb of a major metropolitan area will undoubtedly help Boulder City attract and retain businesses,” Hansen said. “A topic on many people’s minds right now is the potential impact of Interstate 11. Mr. Mays will be a key player on the team, working with the (Boulder City) Chamber of Commerce and others in the city to do all we can to support our local businesses.”

Hansen said that his main goal for Mays is “to build and improve upon the customer service we provide to the business community.”

“I would like Boulder City to become known as the friendliest place to start and run a business,” he added.

Despite living on the other side of the country, Mays said that he and his wife have been visiting the Southwest for the past 20 years, and they love the climate, culture and outdoor amenities offered in Southern Nevada.

“During my visit to the community, I got a chance to tour the town, talk to people in the community and meet with city staff,” he added about Boulder City. “I was very impressed with the pride all felt for the community and their commitment to its long-term success. The community’s efforts to plan for the future, strengthen its downtown and work to build upon its positive community identity were very appealing to me as a professional planner.

“I am looking forward to getting to know the residents, business leaders and community groups,” he added. “To working with the other city departments to help implement the community’s goals.”