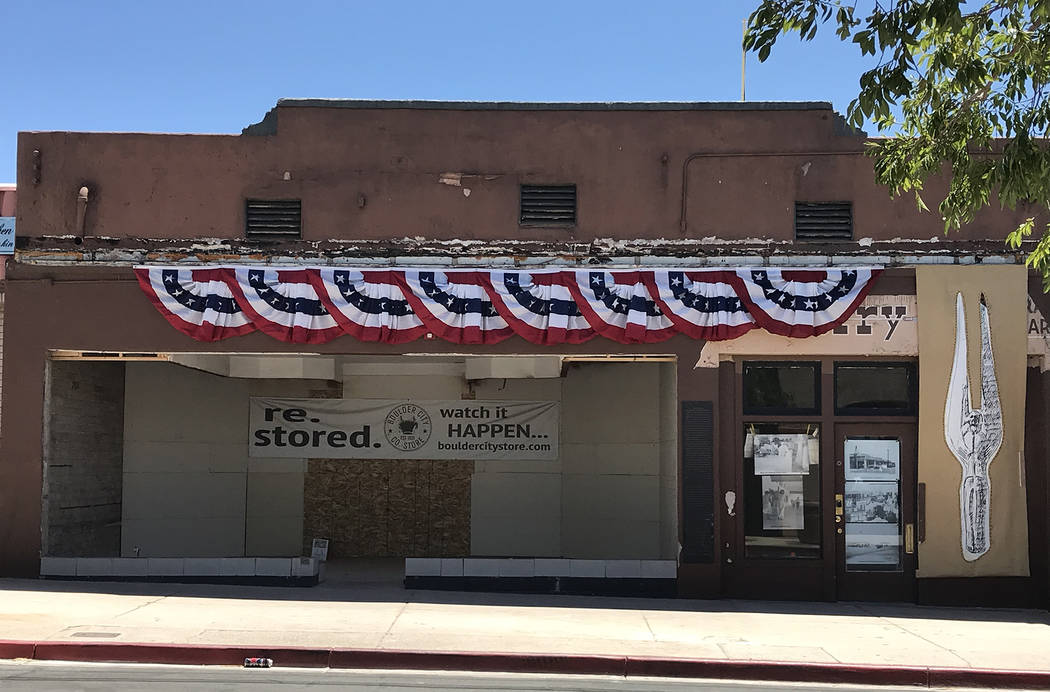 Tara and Troy Bertoli, owners of Boulderite Holdings LLC, were one of the local businesses that received a grant from the city’s redevelopment agency in 2019 to remodel and convert an older building in the historic downtown district.

To incentivize local historic preservation, City Council is recommending a new grant program that could offer a 50% reimbursement for certain renovations.

Offered through the city’s redevelopment agency, the program has $100,000 of funding to encourage the renovation of historically significant buildings within the historic district.

Council members recommended some changes to the proposed program at their Dec. 10 meeting, which the Historic Preservation Committee will address in January. After that it will go before the Redevelopment Agency and return to the council in February.

One of the proposed changes was making the reimbursement rate 50% of the total project costs, up to $99,900, instead of 30% given by the RDA for exterior improvements.

“If we’re going to emphasize historic preservation and this is a program to incentivize that, then I think we need to be serious about the match on it to make it clear to the property owners if you do this historically correct (and) you abide by the guidelines, then that match is going to be significantly greater,” said Mayor Kiernan McManus.

“Fifty percent would be a very good incentive for the businesses,” added Councilwoman Judy Hoskins.

Another change was adding examples of eligible improvements to the grant program’s guidelines, per the request of Councilwoman Tracy Folda.

“For me, I’m just a really concrete person and that’s how I think,” she said. “So seeing those really specific bullet points … it just seemed a little bit more clear.”

Folda also said having those specifics would help eliminate a potential “gray area” of something that could possibly work.

Councilwoman Claudia Bridges said she was concerned about the requirements being too specific and taking away the RDA’s ability to say yes or no.

“I think the list looks fine. … It seems to cover a lot of what could possibly come,” she said.

To help alleviate possible confusion, Community Development Director Michael Mays said, the criteria for the improvements could be included as well as possible examples.

Other proposed changes included changing the eligibility to just properties in a historic district or ones that are on the National Registry of Historic places as well as making it more understandable in the guidelines that property owners and tenants, with the owner’s permission, can apply for the grant.

According to Mays, the cap of $99,900 for total reimbursement is because of state law. Any projects of $100,000 or more would require the developer to pay the prevailing wage.