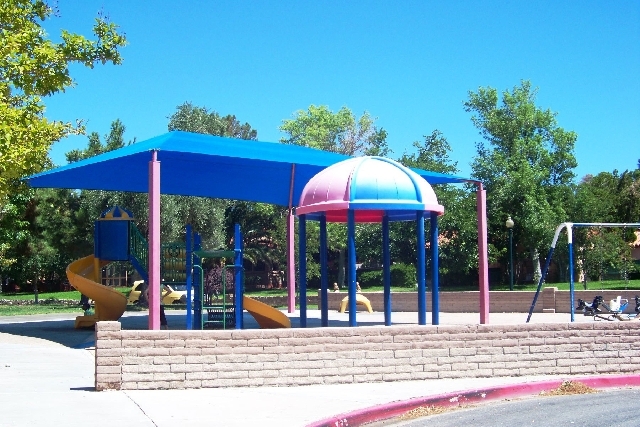 A rumor recently surfaced regarding the closure of the city’s Tiny Tots program.

However, city officials said that the Tiny Tots operated by the city Parks and Recreation Department will continue to operate. The program for youngsters ages 3 to 5 has existed since the early 1970s.

City Manager David Fraser was clear that any talk of discontinuing Tiny Tots was untrue.

The rumor came after the state inquired into the operations of the city’s program, wanting the city to abide by state rules particular to day care programs, City Manager Dave Fraser said.

“The state has asserted that the Tiny Tots program is a day care program, not a recreation program,” Fraser said. “City programs like Tiny Tots are exempted from the things they (the state of Nevada) are asking them to do.”

Tiny Tots does not operate as a day care facility but as a recreational program of the Parks and Recreation Department.

According to the city’s registration information regarding Tiny Tots, the program “focuses on enriching a child’s creativity and socialization process. This is done by introducing youngsters to a variety of art, enhancing motor skills through sports and dance and introducing them to academic skills.”

Nevada Revised Statute 432A.029 (4.), the section relied upon by Morris to show Tiny Tots is exempt from child care regulations states if a program is “seasonal” or is a “temporary recreation program” and offers “other special interest programs, which may include, without limitation, an arts and crafts workshop, a theater camp and dance competition,” the program is exempt.

“The state has made an effort of going after the municipalities and this has gone on for some time,” Morris said. “This isn’t just a recent phenomenon. Anything that resembles a child care type facility, they will try to regulate. But we feel that the Tiny Tots program is distinct enough that it falls within the state’s exemption.”

Morris added that the state also contacted the city of Mesquite about whether its program for youngsters was a child care facility or a parks and recreation program.

“The state of Nevada Department of Health and Human Services has been trying to license the Tiny Tots program for a number of years,” Hall said. “They are saying that this recreation program falls under the Child Care Facility section of the Nevada Revised Statutes and should be licensed as such.”

Hall said he believed that when Tiny Tots began, before his employment with the city in 1977, the city did not have to apply to the state for special permits or licenses for the program because it is “a recreation program and does not need to be licensed by the state of Nevada” as a child care center.

If the city had to comply with regulations as a child care center, “it would be the end of the program because the requirements we would have to abide by just for the physical facilities would be cost-prohibitive,” Morris said.

The state requirements for a child care facility apply to classrooms and the playground where a 6-foot fence would need to be erected to enclose the area, Morris said. Additional fees would also be imposed upon the city. The regulations would “overwhelm any budget the city has to operate that program,” Morris said.

Morris sent a letter to the state in May stating the city’s position. He added the Tiny Tots program was near and dear to his heart, since he was a tiny tot himself in the early 1970s.

Fraser believes “the argument is over” with the state.

While the Tiny Tots program’s closure seems to have been averted in the short term, Morris cautioned that doesn’t mean the state is done with trying to enforce these regulations against the city.

The state could sue the city and ask the court to intervene to shut the program down, Morris said.

He confirmed that the city has not received such notification.

“But,” he said, “that doesn’t mean that it won’t happen either.”

A call to the Nevada Department of Health and Human Services’ Quality and Compliance division to determine whether further action was forthcoming was not returned by press time.

The program runs during the school year from September through May. Registration is taken each month based on availability.