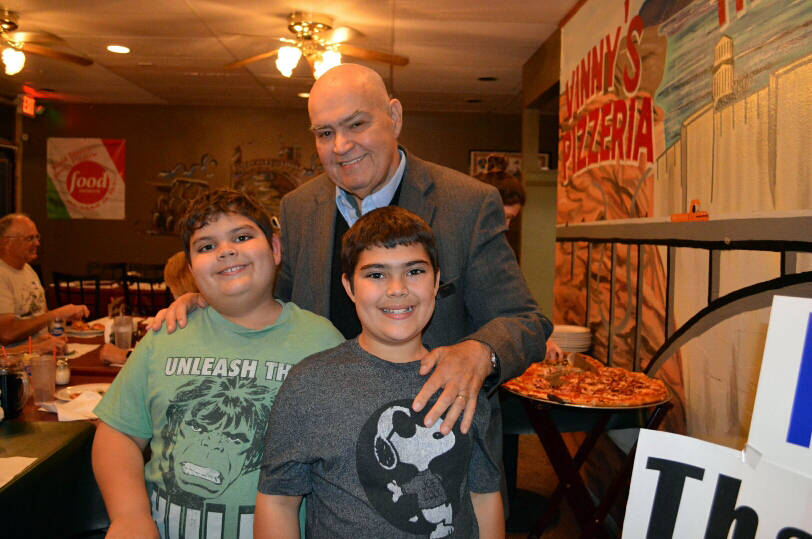 Celia Shortt Goodyear/Boulder City Review Warren Harhay, who advanced to the general election, says running for City Council gave his grandsons Brad Harhay, left, and Andy Harhay and good civics lesson. They were helping him celebrate the end of the primary campaign during a party Tuesday evening at Vinny's Pizzeria. 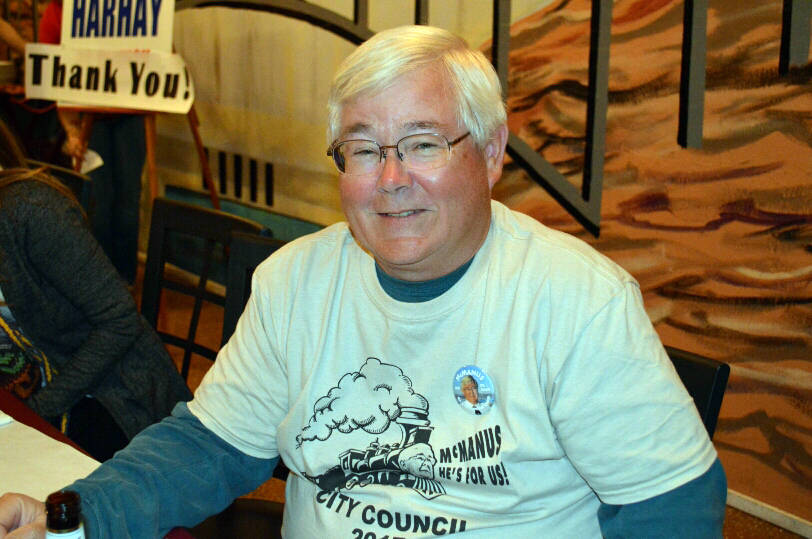 Celia Shortt Goodyear/Boulder City Review City Council candidate Kiernan McManus celebrated the end of the primary campaign with his supporters Tuesday. He advanced to the general election with 17.11 percent of the vote. 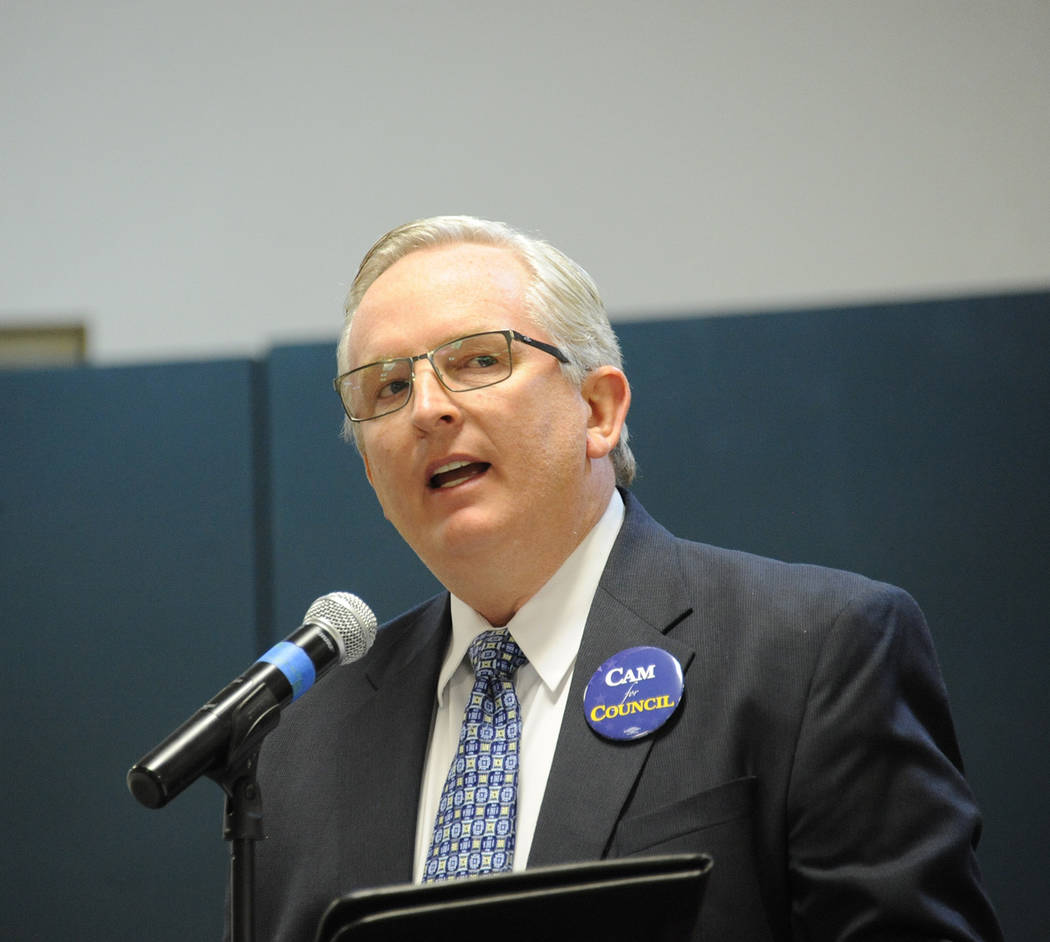 Photo courtesy Lee McDonald Councilman Cam Walker, who is running for a re-election to the Boulder City Council, speaks during the candidates night Tuesday, March 7, 2017, at the Elaine K. Smith Center. 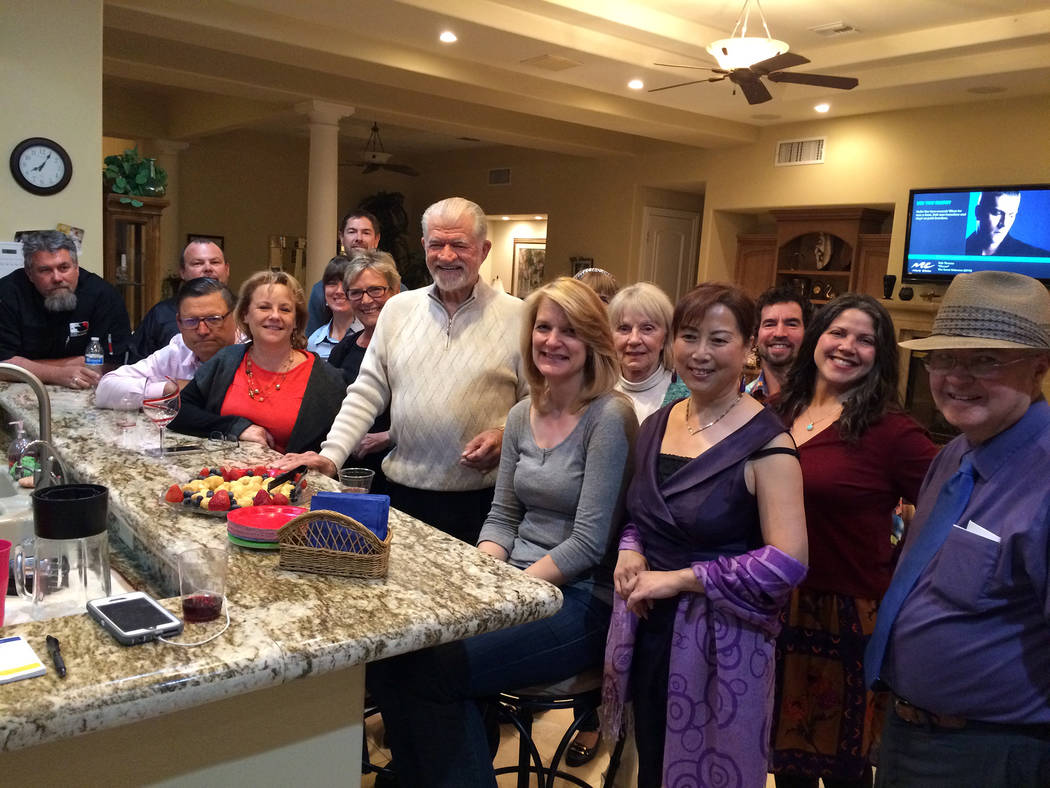 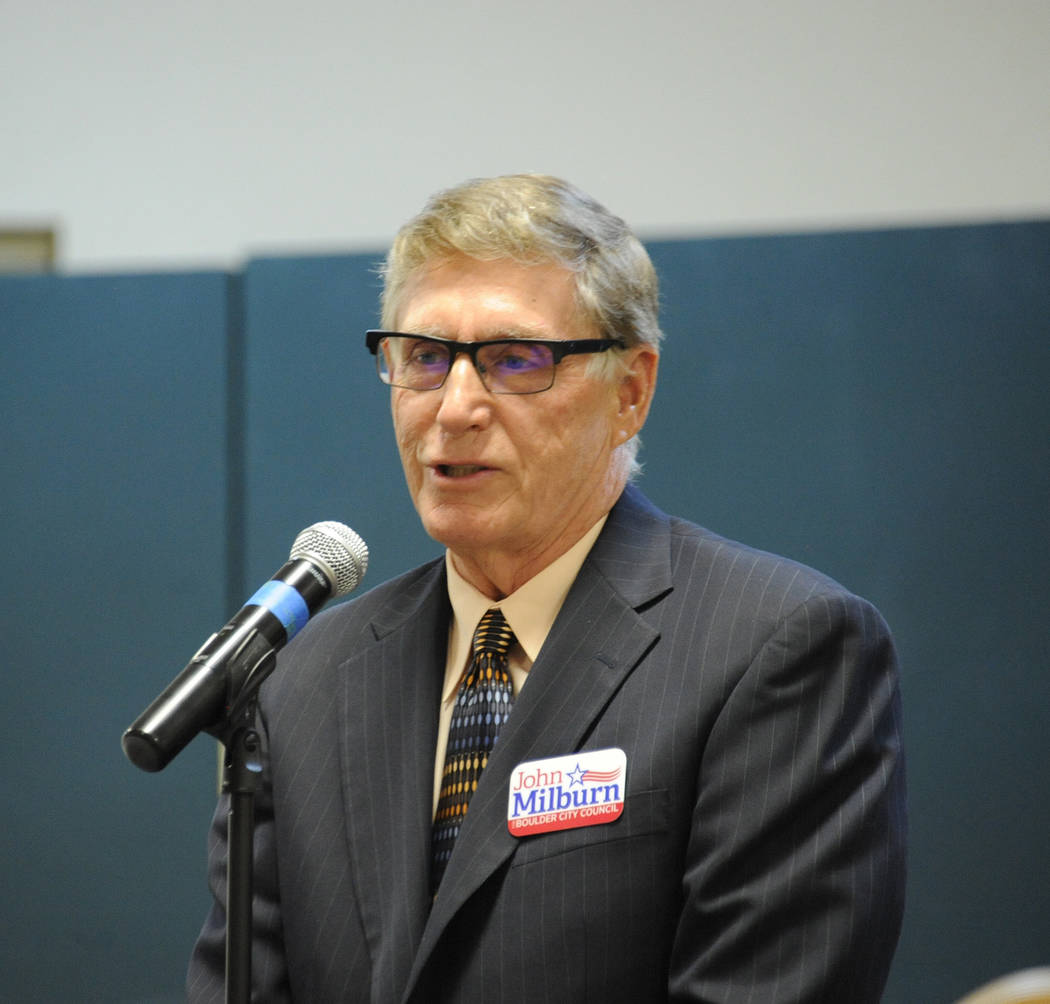 Photo courtesy Lee McDonald John Milburn, who is running for a seat on the Boulder City Council, speaks during the candidates night Tuesday, March 7, 2017, at the Elaine K. Smith Center.

Warren Harhay was the top vote getter in Tuesday’s primary election to fill two seats on the City Council and will be joined by Kiernan McManus, John Milburn and Councilman Cam Walker on the general election’s ballot in June. No one received enough votes to be elected outright.

The vote count remains unofficial until Tuesday’s City Council meeting, which will canvass the primary election results. Additionally, there is an April 17 deadline to request a recount.

Both Harhay and McManus waged campaigns that promoted controlled growth and were endorsed by the Boulder City Community Alliance.

The primary was held to reduce by at least half the number of candidates seeking one of two open seats on the council. Also vying for a spot on the council were Rich Loudin, former Mayor and Councilman Eric Lundgaard, Fritz McDonald, and James Stuckey.

Harhay said he enjoyed the campaign process and learned a great deal about the city and the issues it faces.

He said in some ways he has already won because of the attention the campaign focused on the issues.

The 73-year-old retired electrical engineer who also worked in the research and development field, said he was glad to have met so many people and there was a certain thrill to see one of his campaign signs someone’s yard, especially when he didn’t know who owned the house.

Looking forward, McManus said he hopes “that we would have a campaign with all the candidates that is above board and focuses on the issues.”

He said listening to the residents and their concerns, particularly the controlled growth ordinance, was the best part of the campaign.

McManus, 59, wants to see the opportunity for continued interaction with the public in the coming months, and wants to bring attention to the ballot question that seeks to eliminate the 30-home per developer building cap as well as the council race.

“My goal was to be in the top four and I just made that,” Milburn, 74, said. “I’m happy there was not that much distance between fourth and first or second.”

After taking a moment to catch his breath, Milburn said he will be ready for a serious campaign.

“It’s a wide open race now — a different race with four people. I will make it my job to mobilize supporters and get them out to vote.”

“I met a lot of nice people I wouldn’t have met otherwise,” Loudin said during a gathering with family and friends Tuesday night to watch election results. “I consider this an experience I am glad not to have missed.”

Before the final votes came in, though it was obvious he would not advance to the general election, Loudin said it was too early to say if he would endorse any of the other candidates.

His campaign manager Nancy Locke said, “it would be wonderful if we could get someone with his attributes and values on City Council.”

“Although we fell 37 votes short from moving on to the general, we can still be proud of the positive race we ran. Thank you to all the supporters of our campaign and those that believed in me,” McDonald wrote on his Facebook page.

The general election will be held June 13, with early voting from May 31 to June 3.