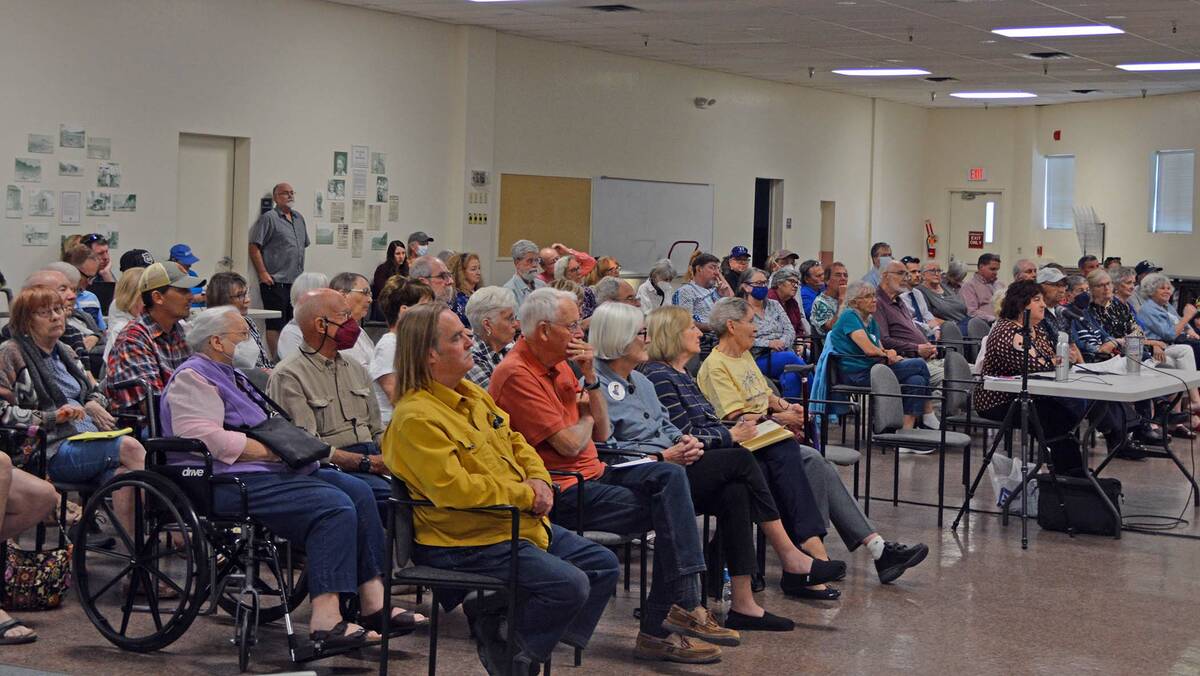 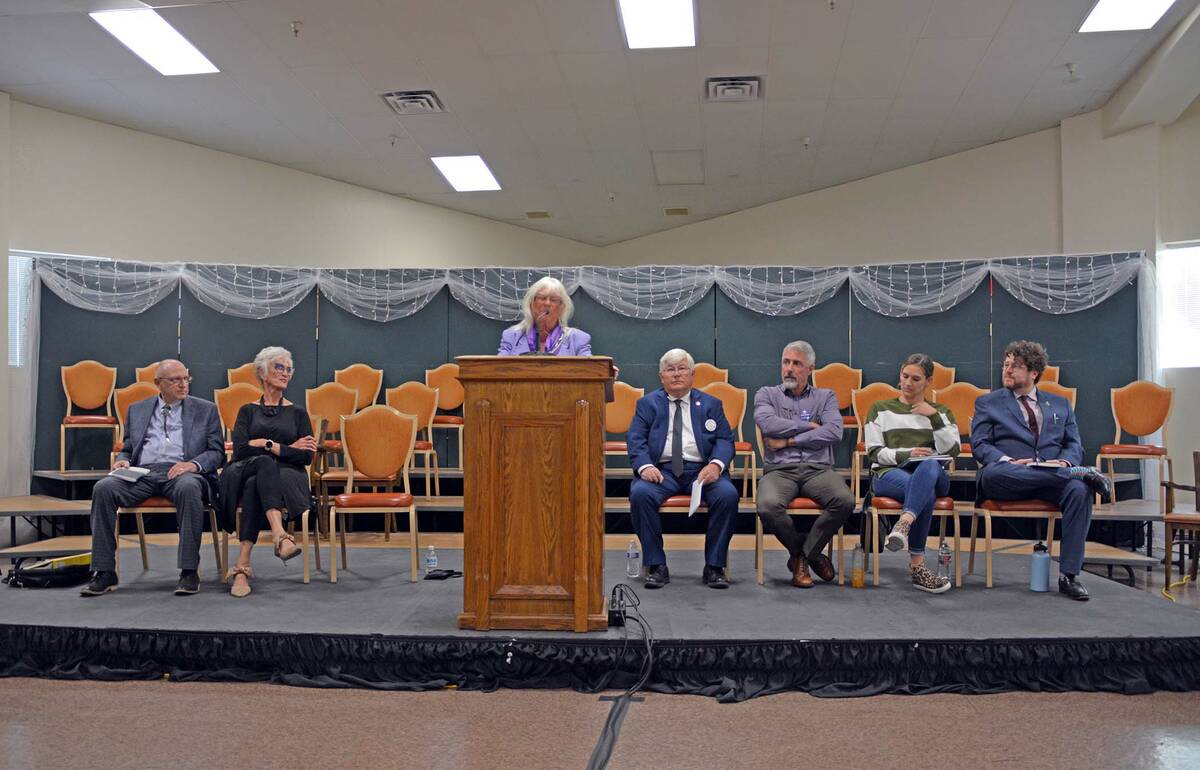 Tanya Vece, who is running for mayor, was unable to attend the event, but she submitted written responses to the questions.

“It certainly clarified some of my thoughts on the candidates,” said David Paulsen.

“I always enjoy the Boulder City event. … It’s the only way to see them all together,” said Sue Mazzola.

“This is very important, hearing their answers to the questions … otherwise we don’t know what’s going on,” added Sharon Peterson. “We rely on that.”

One question at the forum was about the type of development the candidates wanted to see in Boulder City. They differed in the types of development they wanted, but they all agreed that the city should invest in developing the properties it already has.

Adams said he thought they should focus on developing the historic water filtration plant, 300 Railroad Ave., as well as a creating a new lighting ordinance. He also said he didn’t want to see any “wanton development” in town.

Hess said she didn’t think the city needed any more development. She also said she would love to see more dog parks in town for all the “dog lovers” in the community.

Walton said he was in favor “of any growth the voters are in favor of” at the ballot. He also said the controlled growth ordinance and the land management process help dictate what type of development comes to Boulder City.

McManus said the city needed to be “smart” when selling land as well as making sure there is a specific purpose for it.

“Don’t just grow for the sake of growing,” he said.

He also said he thought the Nevada Southern Railway Museum in town should be expanded.

“It fits in with our culture here,” he said.

McNay said she would like to see a new pool built because the city needs one.

“New development may sound nice, but it needs to fit,” she said.

Booth said she wanted to see Boulder City freshened up but ultimately stay the way it is so that her grandchildren and others could continue to see a piece of history in years to come.

She also said she agreed with expanding the railroad museum and developing the water filtration building.

Hardy said development is both public and private, and the city needs to look at those partnerships in whatever it decides to do.

“Development is not buildings alone,” he said. “It’s people, too. … We need to develop the care for people.”

He also said water should be the priority in whatever development is done.

“Everything we do in the way of development has to look through the lens of water. … We need to be able to secure our water,” he said.

In her submitted comments, Vece wrote that the development should empower business owners. She also said the city should look at an adult daycare because the need would present itself with the Homestead closing.

Other questions at the forum dealt with the rezoning of 115 acres of land for solar fields despite the Planning Commission not recommending it, what qualities the candidates had to be an effective leader and whether the city was doing enough for historic preservation.

The paper will also give all candidates the opportunity to answer more questions before early voting starts May 28.

The candidates’ responses will be in the May 19 edition. Early voting ends June 10, and the election will be held June 14.