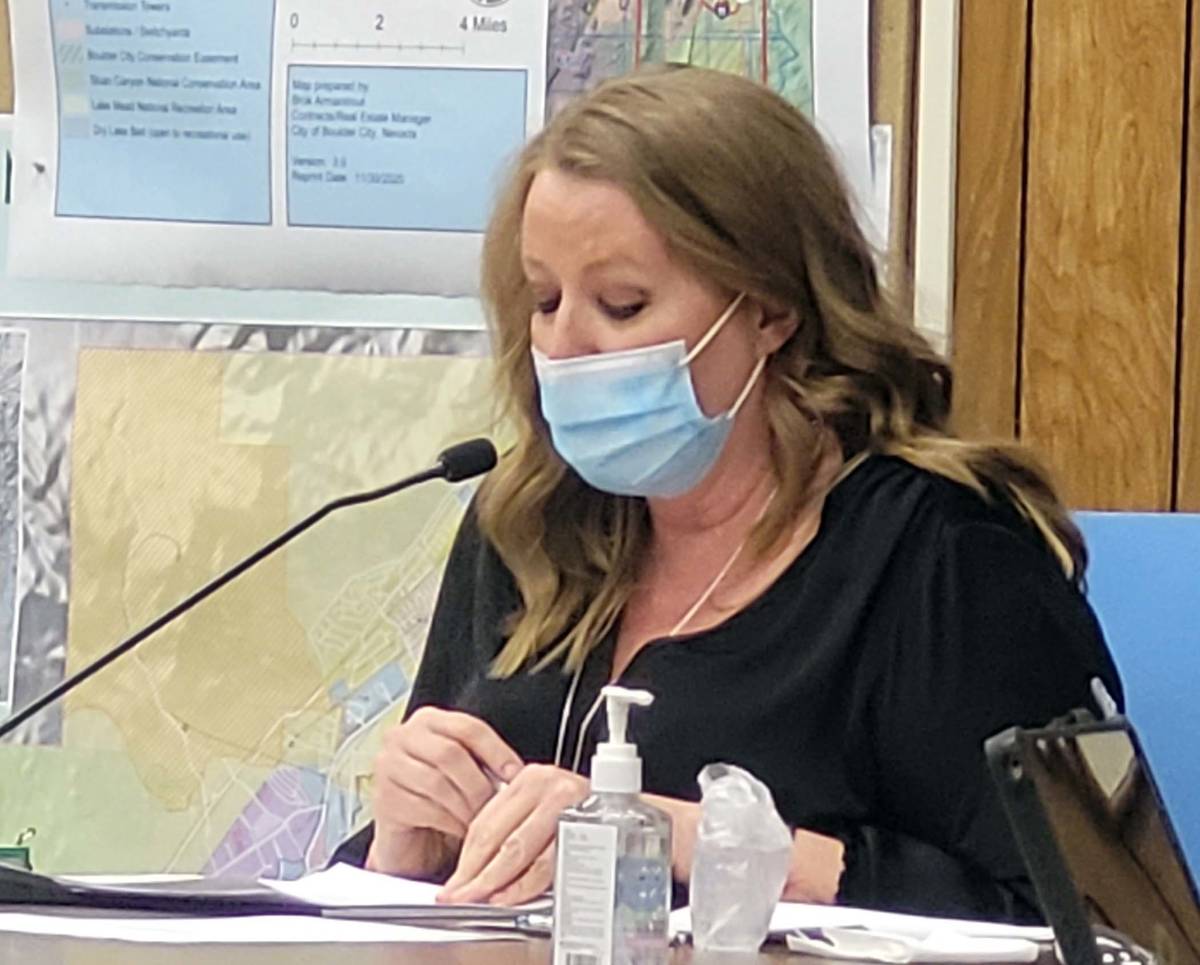 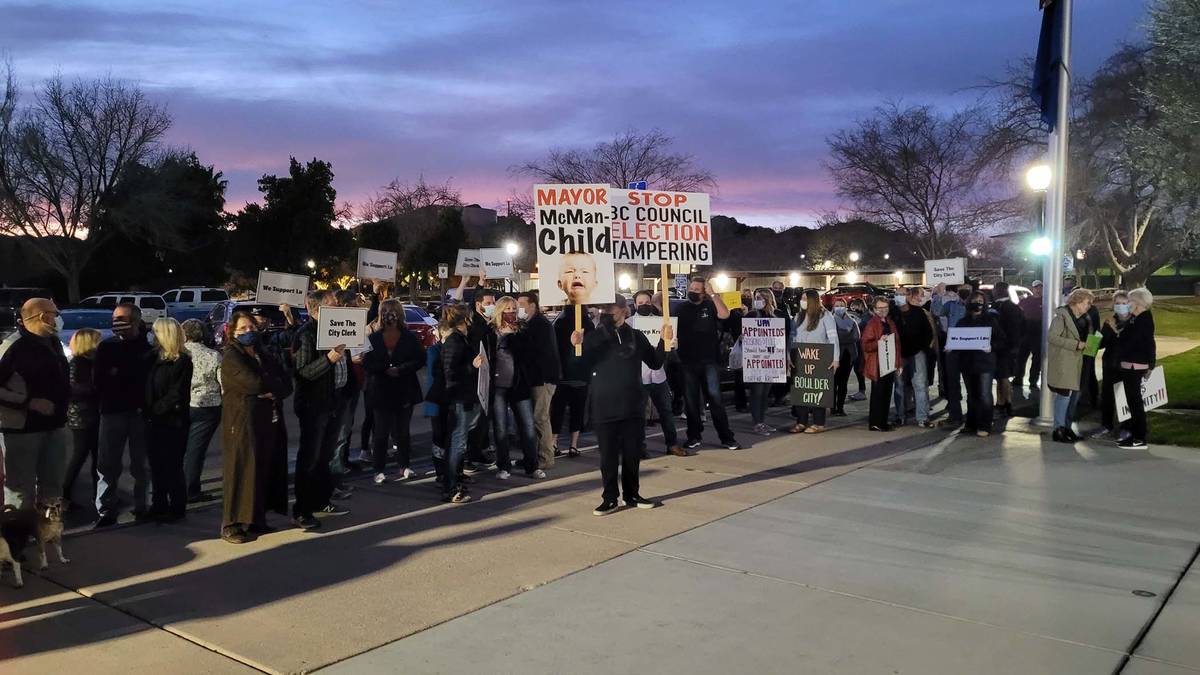 At the almost six-hour-long meeting, Mayor Kiernan McManus presented the item to terminate Krumm’s employment contract. It was approved 4-1 with Councilwoman Claudia Bridges voting against it.

Krumm said she wasn’t surprised by the decision.

“The promise to fire the three appointed officials was well-known prior to any of them taking the oath of office and confirmed by numerous public comments from certain members of the public … urging the council to ‘do what we elected you to do,’” she said after the meeting. “What was obvious was the scripted, orchestrated efforts by the four members to use blatantly false statements to justify their retaliatory actions.”

At the meeting, McManus said he did “not have confidence that Ms. Krumm” was performing the duties and obligations required of her. He said her competence to provide information to City Council, staff and the community was “deficient in significant ways.”

He also said his request about her contract was “based on a pattern of actions over a course of several years and in multiple situations.”

In the 407 pages of background material he provided in the packet, he included some of those situations, but a narrative of how they fit together was not discussed until the meeting.

He said Krumm had tried to limit what he wanted to put on meeting agendas. One instance mentioned was that he wanted to place an item about hiring outside counsel to help with an open meeting law complaint against the city.

According to the transcript of a Jan. 7 meeting between McManus, former City Attorney Steve Morris, former City Manager Al Noyola and Krumm, recorded by McManus and included in the packet, they all told him the agenda item could be problematic if it was included as written.

They also told McManus that even though Morris was working on the response to the complaint, McManus could hire an outside attorney to help him with it but it could end up being a problem for the city.

According to the transcript, Krumm also told him it was past the deadline to submit the item for the agenda.

“These are not my deadlines,” she said. “These are the council’s deadlines.”

Councilman James Howard Adams said that situation affected his decision about whether to fire her.

He said he was called to a meeting Jan. 6 with Morris, Noyola and Krumm about an open meeting law complaint and was presented with a “litany of concerns” about the proposed agenda item. He said they told him seeking outside counsel was “paramount to interfering with an ongoing investigation.”

“I was being gaslit by the very people I had entrusted to advise and counsel me,” he said.

Adams said this wasn’t an easy decision and that losing that much institutional knowledge weighed heavily on him. He said he also took into account what others who had worked with Krumm had said about her.

“They described her as one of the remaining checks and balances against this council,” he said. “The last layer of protection between this council and the rights of citizens. It may sound like a heroic position, but unfortunately it is not a role of the city clerk … in our charter.”

Councilwoman Judy Hoskins said in her meeting Jan. 6, Krumm was “aggressive” and her actions, along with Noyola and Morris, were a “scare tactic to make her succumb to their wishes.”

“It appears the city clerk was the instigator in this threat because she prepares the agenda and she kept insisting she would not include them on the agenda,” she said.

Councilwoman Tracy Folda said it seemed to her that staff members and other committee members had an easier time getting items on the agenda than the council did.

“This is the guardian of our public records,” she said. “I have lost trust in how she’s using those records, how she’s administering them and how, I feel, she is assisting in an agenda that is (an) organized propaganda campaign against this council ever since it started.”

Krumm called these comments “blatant lies” and said she offered to work with the mayor to get the item on the agenda in the proper time frame and format.

She also said the mayor “kept trying to bait her into giving legal advice.”

McManus also said Krumm’s failure to include details about how the public could comment on the May 12 agenda was a problem because it caused the meeting to be canceled.

Krumm said it was a mistake because of all the new regulations with the pandemic. She apologized for it and said her entire work history should not be disregarded because of that one mistake.

McManus also said Krumm had made it difficult for him to submit agenda items when he was on the historic preservation committee several years ago. He did not provide any supporting material for that in the packet.

Bridges said her experience with Krumm was different and she thought her character was impeccable.

“She’s being accused, I believe, of interfering with the mayor’s wishes and agenda,” she said.

Before and after the meeting, more than 50 people called in to comment on firing Krumm. The majority of them were against it.

Nevada Senator and former City Councilman Joe Hardy said he was very appreciative of Krumm in her professional capacity.

“I’m very much in favor of keeping her as a resource,” he said.

He said the wise move would be to keep her as the city clerk.

Resident Jason Howard said firing Krumm would hurt the city and set it back.

Former Mayor Roger Tobler asked the council why they hadn’t brought any of these issues to Krumm in the form of review or told her of their concerns.

Those who called in to support the decision to fire Krumm said they thought she should be fired because of past open meeting law complaints and for her lack of professionalism at city meetings.

Council unanimously approved three months of severance for Krumm, per her contract.