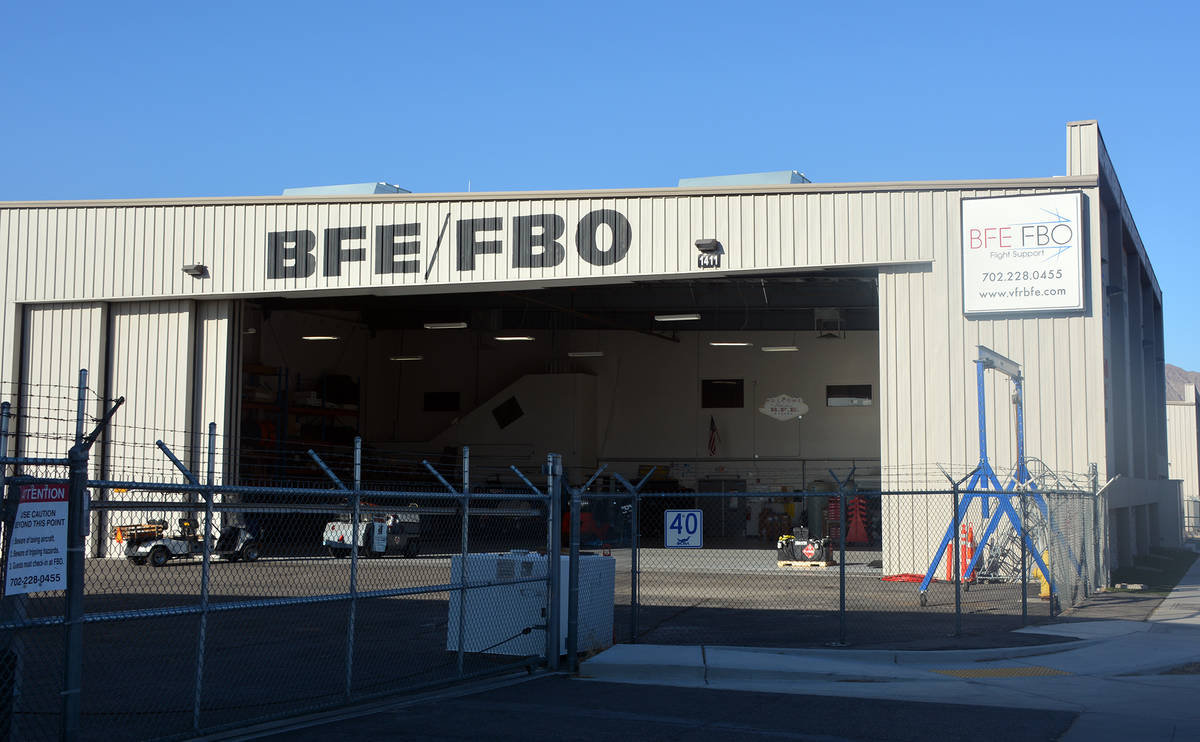 The city is asking a judge to reconsider his preliminary injunction that allows BFE LLC to dispense fuel from mobile tankers while the complaint of owner Robert Fahnestock about their use is considered in Nevada's Eighth District Court.

The city attorney is asking a district court judge to reconsider a motion allowing a Boulder City Municipal Airport operator to use tractor-trailers to dispense fuel.

In his motion, Morris wrote that he was asking Williams to reconsider because “BFE’s unpermitted use of the tanker poses a substantial risk for public safety based on their proximity to public use buildings, multiple fuel and passenger-laden aircraft, and location on terrain which slopes toward those areas.”

He also wrote that Williams’ order “inappropriately overrides the Fire Chief’s authority, judgment and duty to protect the public from such hazards under Nevada law.”

Additionally, Morris wrote that a “significantly greater fire-fighting capacity” is needed to deal with this type of trailer that is used at other airports for larger planes.

“The City simply does not have this capability and must therefore restrict the amount of fuel in approved mobile delivery trucks at the airport,” he wrote.

Robert Fahnestock, owner of BFE, filed a complaint against the city and the Boulder City Fire Department in November after he was told he could not use the mobile trailers he had purchased to conduct fueling activities allowed under his lease.

He was told they violated the 2012 International Fire Code, airport rules and minimum standards, and his lease, which allows only underground fuel storage tanks.

In his March 13 order, Williams wrote that Section 5704.2.3 of the fire code defines tank storage as “the storage of flammable and combustible liquids in portable tanks whose capacity exceeds 660 gallons” and makes “no distinction between a 2,500 gallon and a 8,500 gallon or other mobile fuel tenders.”

“Hypothetically, all mobile tenders in use at the Boulder City Airport would violate the IFC because … they all have a capacity exceeding 660 gallons; and … they all are used to perform both refueling and storage functions,” he wrote.

A hearing for Boulder City’s motion to reconsider is scheduled for 9:30 a.m. today, April 9.