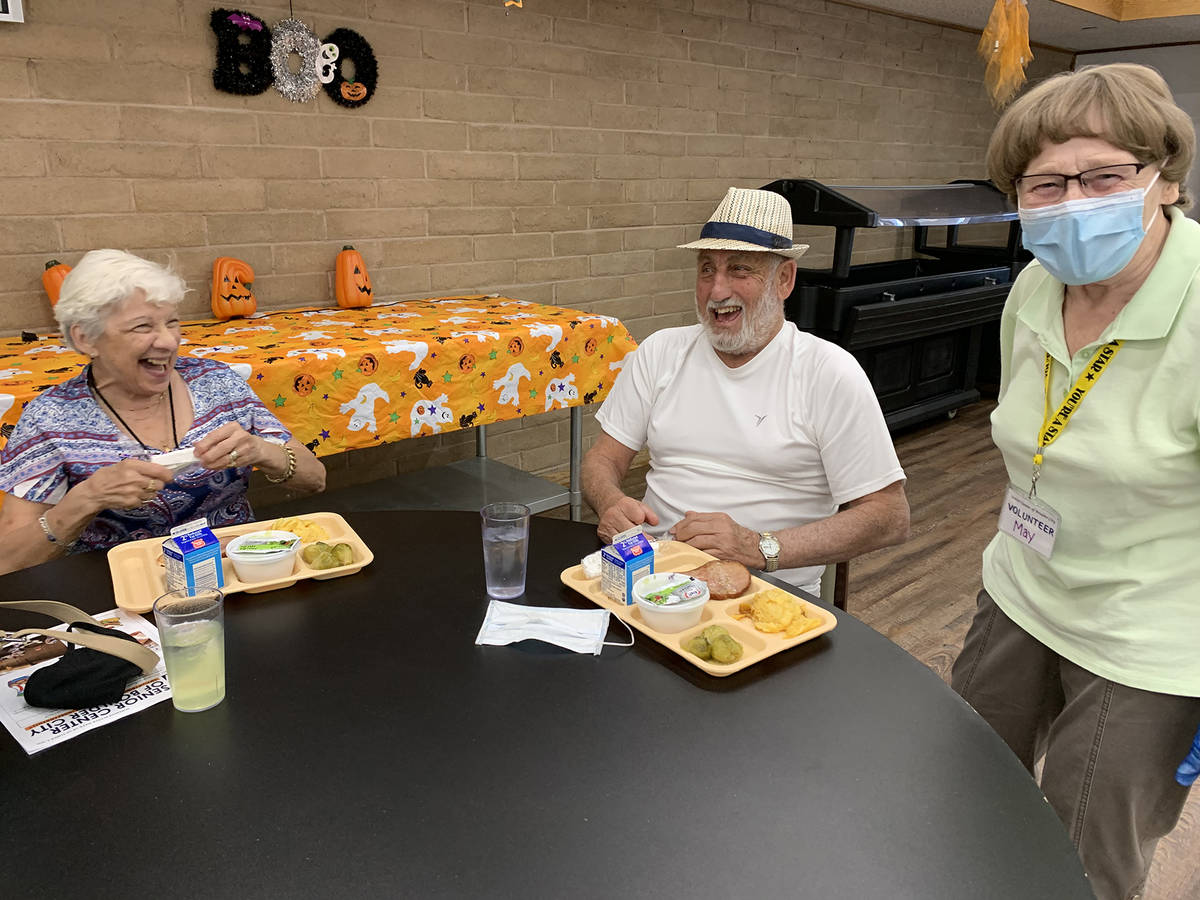 (Hali Bernstein Saylor/Boulder City Review) Joan and Frank Pomellitto, left and center, are served lunch by volunteer May Kahl at the Senior Center of Boulder City on Monday, Oct. 5. After being closed to the public for six months, the center resumed serving lunches Oct. 1. 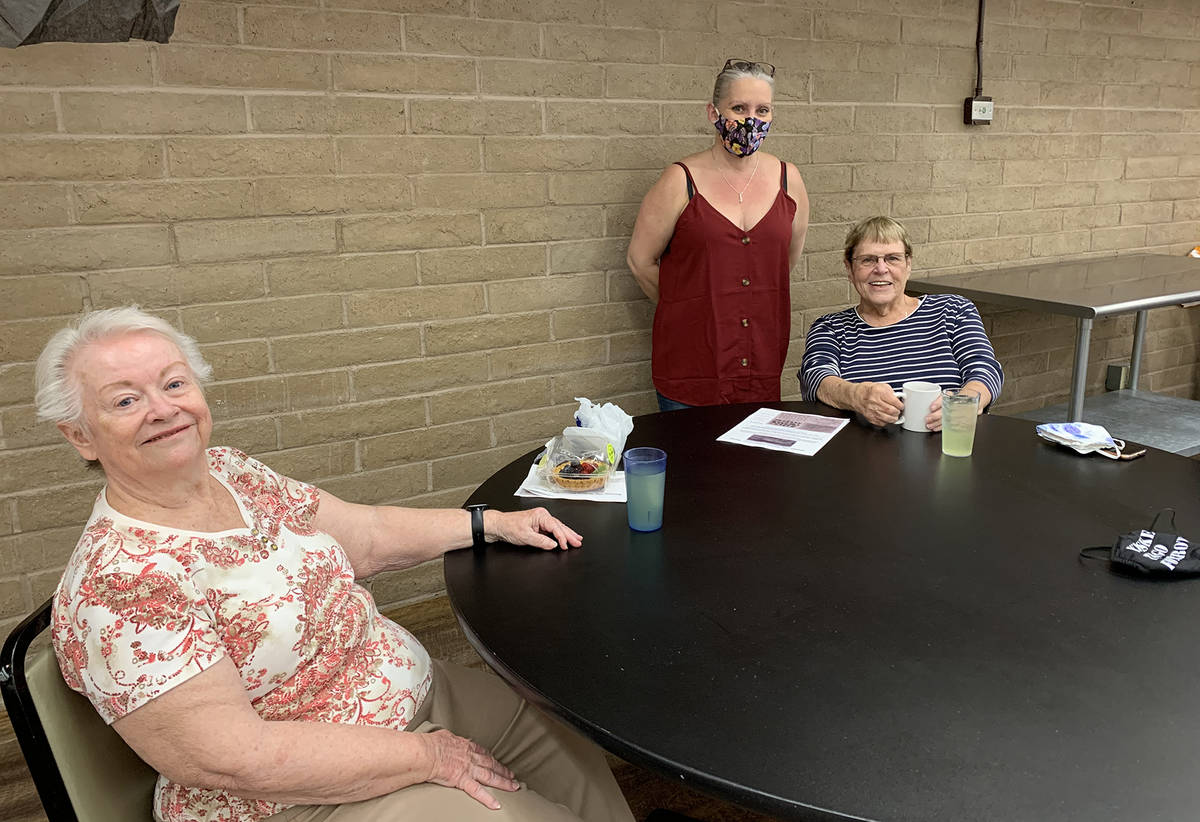 The sound of laughter is once again echoing through the Senior Center of Boulder City as locals have returned for their weekday lunches.

The center began welcoming seniors for lunch Oct. 1 after being closed for six months, although other activities have not resumed yet.

“It’s been going well,” said Executive Director Victoria Mason, as she fought back tears while relating how important the social atmosphere is for local senior citizens.

She said the lack of interaction has been harder on some — particularly those who live alone — than the virus itself.

“It’s the simple things, like having a meal with other folks, that is so important,” she said.

“It’s a central part of my being,” said Sandy Christiansen of coming to the senior center.

Before the pandemic, she was attending events at least twice a week and said she missed the activities, lunches and visiting with her friends.

Christiansen, like her table mates Patsy Burgess and Suzanne Hertzler on Monday, said she had no worries about the conditions and felt completely safe.

“It’s such a joy to talk to other people and see everybody,” Burgess said. “It’s fantastic; I’m so sick of sitting at home.”

“It’s like my home away from home,” Hertzler said. “I enjoy the people and camaraderie.”

Mason said those attending have been good at abiding by the rules they had to establish in order to open the center.

“Everyone has their own masks; we haven’t had to give out one.”

For the first couple of days, the center has had less than 20 people coming in for lunch.

“We can get out of the house, we have some place to go every day,” said Frank Pomellitto, who came to the center daily for coffee and lunch before it closed due to the pandemic.

“We have no concerns about our safety,” added Joan Pomellitto. “Everyone is six feet apart and wearing masks.”

Mason admits that several regular center patrons were nervous about returning to the facility for lunch so they will keep home delivery of meals until January, when they will evaluate the situation.

When they began delivering meals to those who regularly ate at the senior center, their numbers rose from about 40 meals to 150 a day, she said.

For now, she said staff is also monitoring how the coming flu season will affect the community.

“We are extremely lucky in Boulder City,” she added. “There have not been a lot of (COVID-19) cases and none of our staff or seniors have gotten sick. It’s amazing.”

Although Mason said she is happy to see seniors at the center again, she is sad they can’t host their annual Halloween party, which was always well attended.