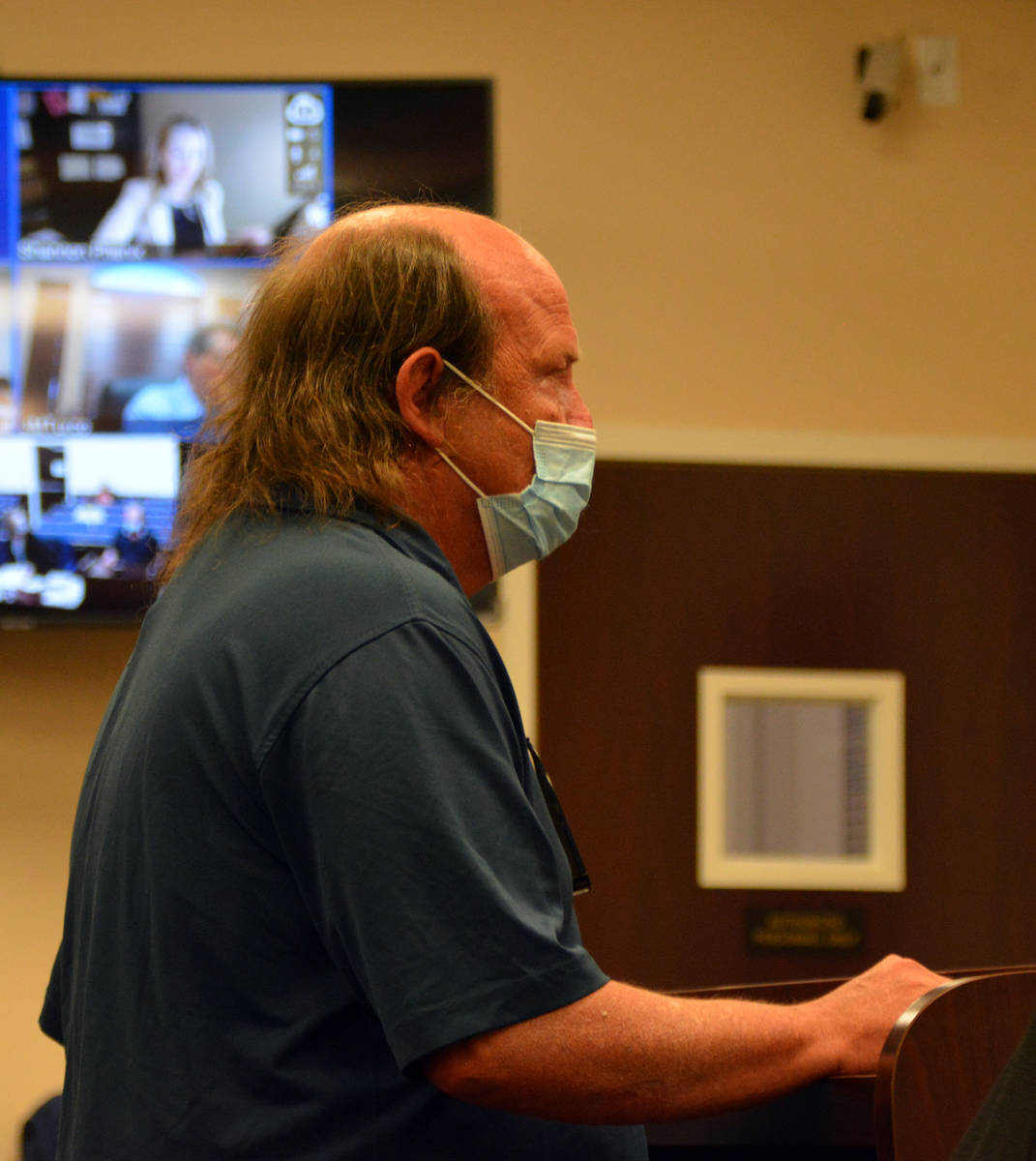 Terry Chastain was given a 90-day suspended jail sentence after he pleaded no contest to one misdemeanor charge of overdriving, injuring, abandoning or starving animals. The charge stems from Aug. 23, 2019, when Boulder City Animal Control officers began rescuing cats from his home in a local mobile home park.

At an April 27 hearing in Boulder City Township Justice Court, Terry Chastain pleaded no contest to a misdemeanor charge of overdriving, injuring, abandoning or starving animals. The charge stems from Aug. 23, 2019, when Boulder City Animal Control officers began rescuing cats from his home in a local mobile home park.

Judge Victor Miller sentenced Chastain to 90 days in jail, which he suspended. He ordered Chastain to receive a mental health evaluation and to follow its recommendations for one year. Additionally, Chastain must provide proof that he has moved from Boulder City and update his driver’s license with the new address.

If Chastain does not fulfill these requirements, he could face the 90 days in jail.

Miller set a status check for Chastain at 1 p.m. July 20.

The 67 cats recovered from the property needed long-term care, and 13 of them are still housed at the shelter. Initially, 43 cats were rescued Aug. 23, 2019. Inabnitt said she had to trap feral cats in that area for three weeks after that date, and 24 more cats were found.

She said her department has spent thousands of dollars taking care of these animals.