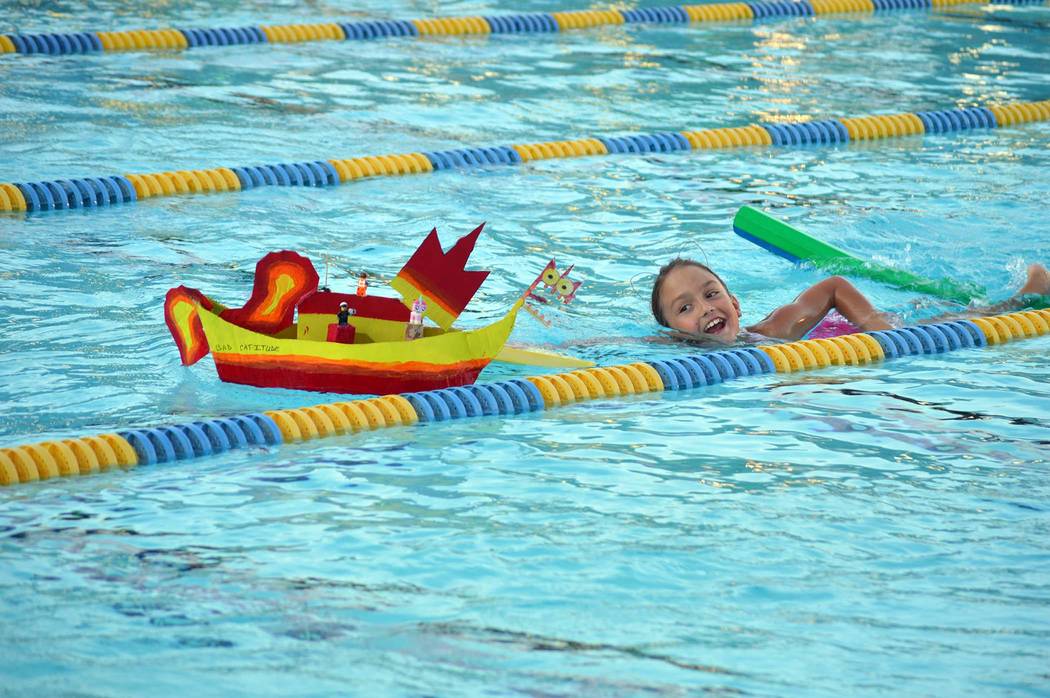 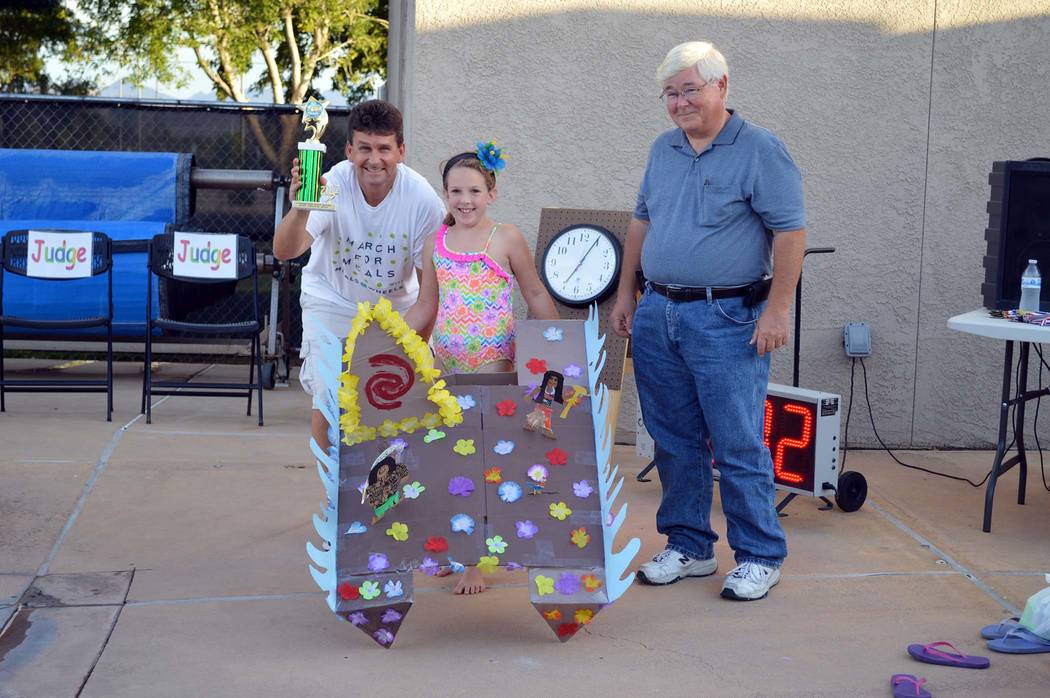 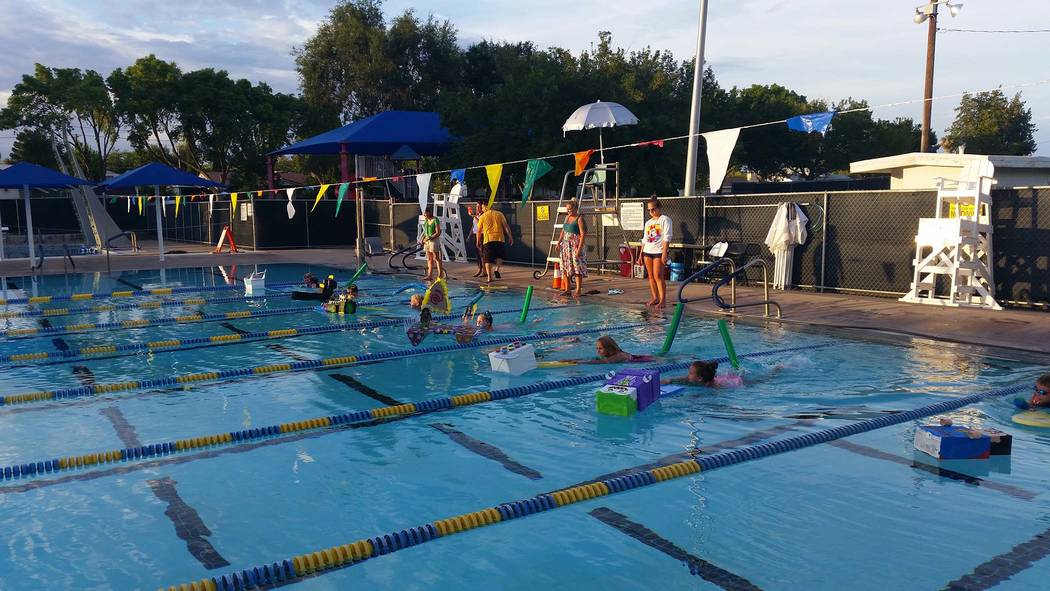 Celia Shortt Goodyear/Boulder City Review In the first race of the night, kids push their cardboard boats to the other side of the Boulder City Pool. 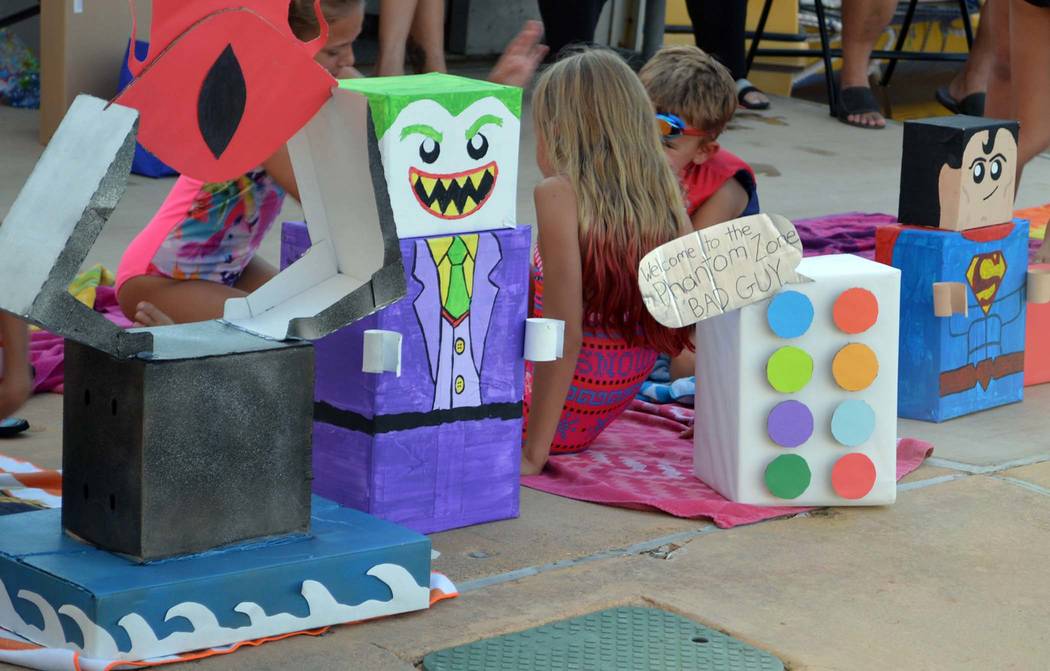 Celia Shortt Goodyear/Boulder City Review The board for the 17th annual Cardboard Boat Race are lined up and ready to do. 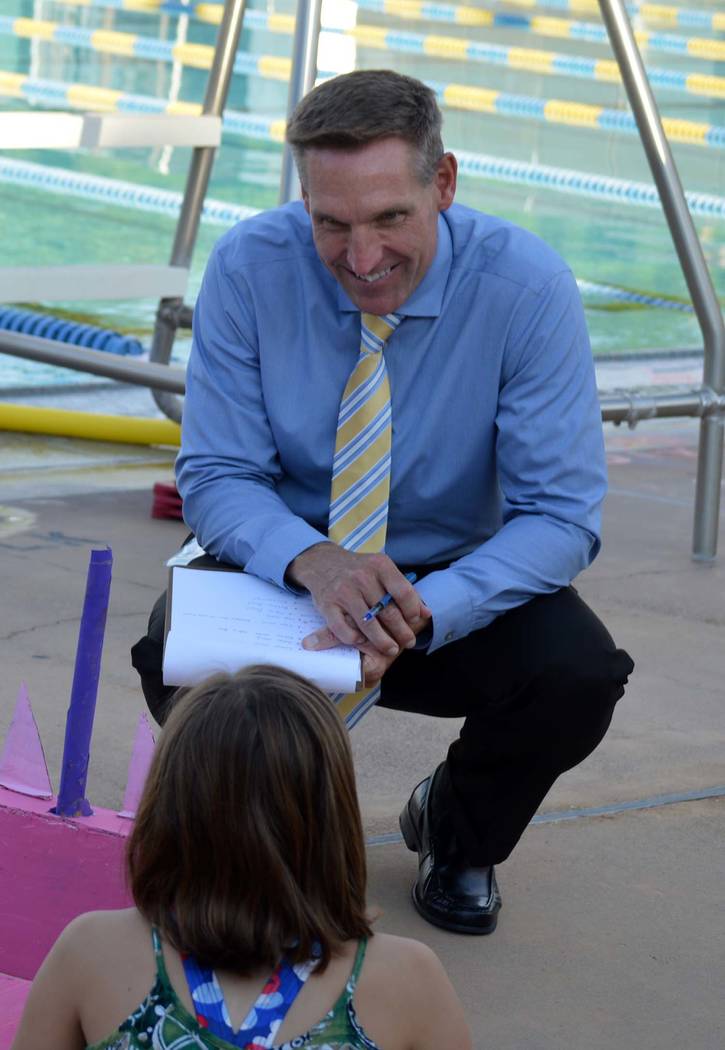 The Boulder City Pool was full of heroes, villains and movie characters for its 17th annual cardboard boat race on July 19.

The theme for this year’s race was Lego movies.

The event is free and gives kids in the community a chance a chance to hang out and to show their creative side with their boats, said Jacob Andersen, Boulder City’s aquatic coordinator.

“Every year we select a theme for the event, and the kids design their boat around that theme, following the rules that we have set, i.e., no plastic bottles to add buoyancy,” he added.

“I just really liked the movie and the adventure she had,” she said of why she chose that theme.

Irwin spent three days creating her boat and won first place for her boat in the most original category.

Other boats featured characters like Batman, Superman and the Joker, as well as unique things like Krazy Glue, crazy cats or Lego blocks.

Jenny Wammack-Freshour created a boat called “Bad Catitude,” which was given the Mayor’s Choice Award.

“This is my first trophy,” she said after the recognition.

“After the judging happens, we separate the kids into age groups and get them racing,” said Andersen. “The first and second-place kids in each heat receive a medal. Then, at the end of the heats, the staff gets together and selects the Titanic Award for the fastest sinking ship.”

Due to the history, success and popularity of the race, Andersen plans to continue it indefinitely.

“The best part for me is seeing the creativity that the kids bring to their boats,” he said. “Every year amazes me with the detail on some of the boats and the smiles that the kids have when they’re talking to the judges and in the water. That is why we enter the parks and recreation field — for the patrons and kids that come to our facilities — and why I continue to plan events like these.”