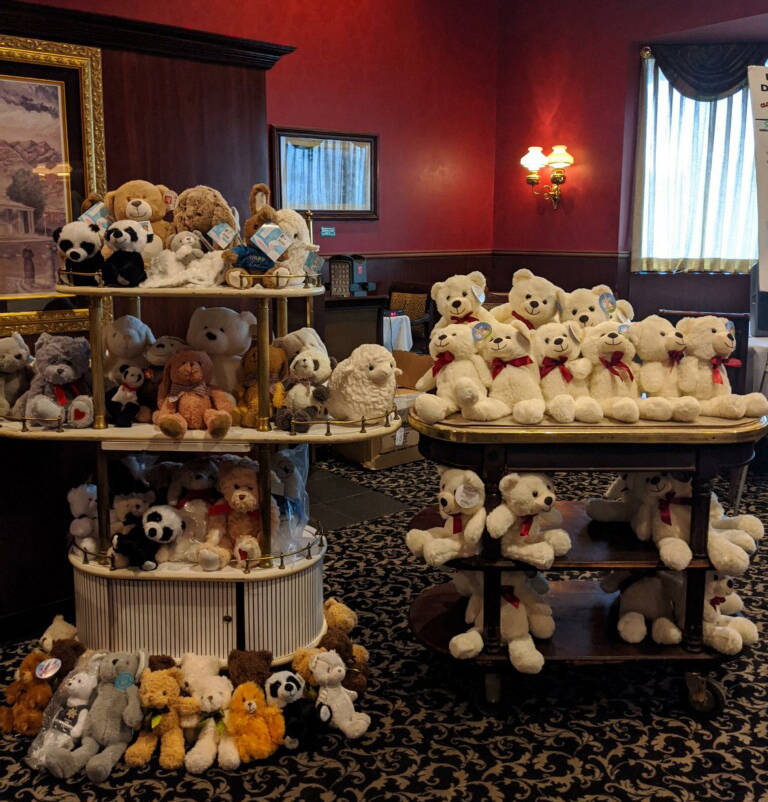 The donation was made May 11 after firefighter Brian Shea spoke to members about the program.

“In some cases, children and elderly are in a state of fear and or shock. The bears can help us to have the victim identify on the bear’s body where they are hurt or experiencing pain,” he told them. “The program is intended to provide comfort, security and a sense of calm during a traumatic or intimidating situation.”

Deputy Fire Chief Greg Chesser said that in the four months the program has been operating, they have given away about 10 bears.

“As advertised, they have been very effective for all ages,” he said. “With the small children, I have witnessed them go from full-out cry to just sobbing within minutes after being given a bear. With the elderly, their focus quickly changes.”

Dyanah Musgrave, president of the group for local business owners, said members have been collecting the bears for several months.

Chesser said the department has an inventory of about 150 bears and welcomes additional donations.

“We are still accepting them and always will until we run out of storage space.”