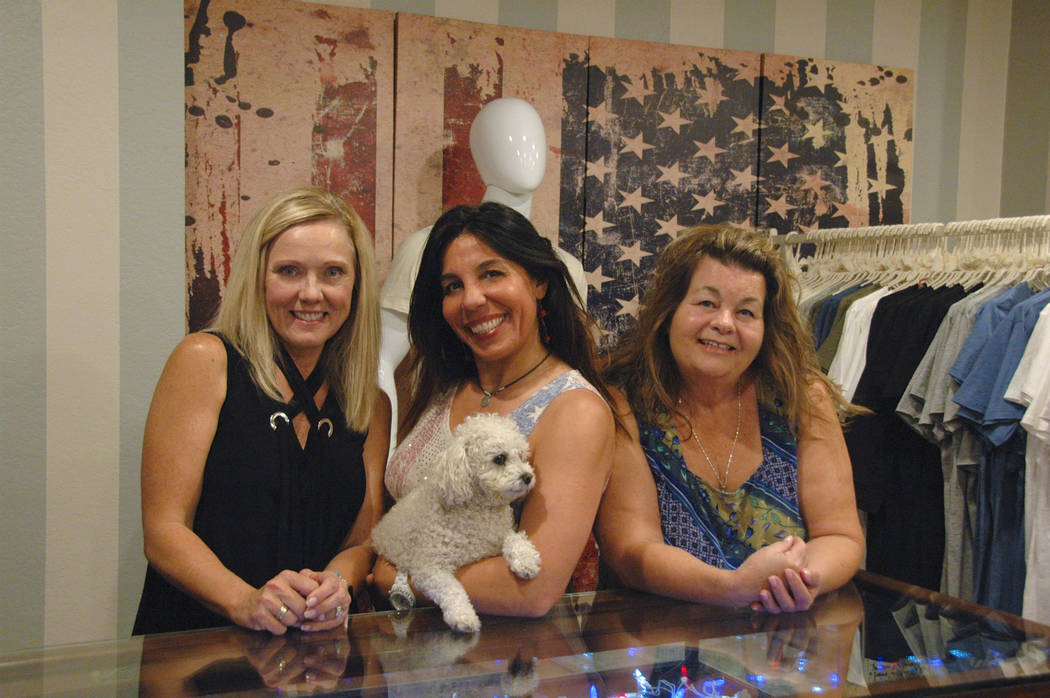 Jayme Sileo/Boulder City Review Lisa Wright, from left, Sonia Mongili and Kathleen Feeney are gearing up for COOL Boutique’s anniversary party from 11 a.m. to 5 p.m. Saturday with help from the store mascot, Benjamin. 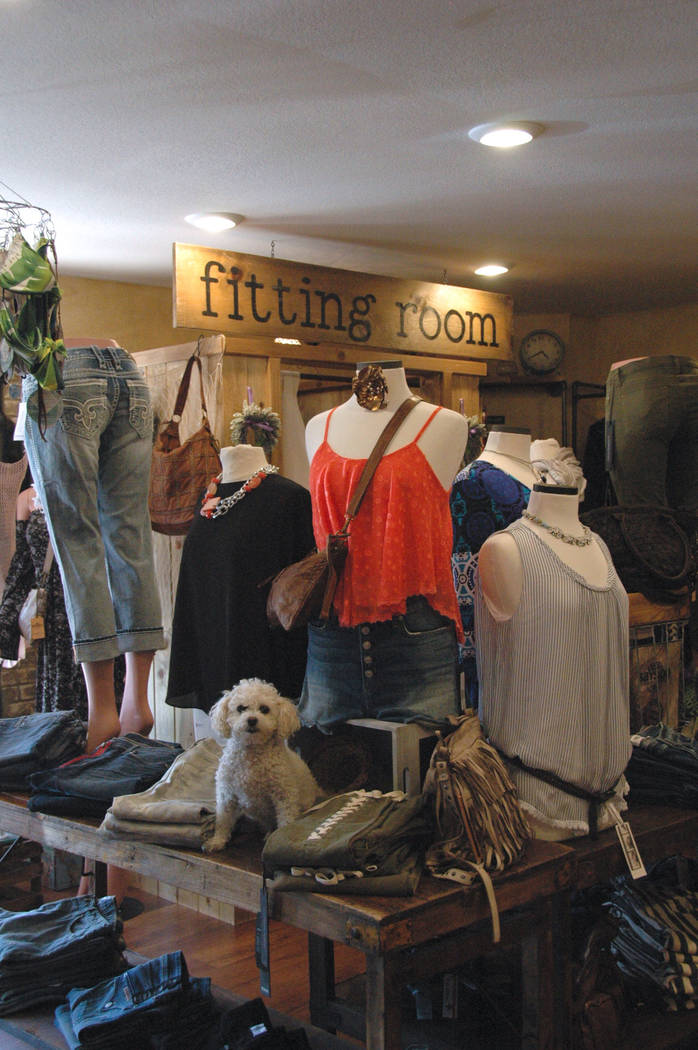 COOL Boutique offers a collection of clothing and accessories from all over Europe, Asia and North America.

COOL (Country of Origin Label) Boutique will celebrate its first anniversary from 11 a.m. to 5 p.m. Saturday, June 30, with wine, cheese, cake and a sale on the entire store.

The boutique began selling high-end clothing and accessories from across the globe a year ago this Friday.

“We like to sell what we have, because I think we have beautiful stuff,” said store owner Sonia Mongili.

Mongili said she looks forward to continuing to build a relationship with the Boulder City community.

She also said she has plans to expand the store.

COOL Boutique is at 508 Nevada Way, Suite 4. Its new summer hours are 11 a.m. to 5 p.m. Wednesday through Saturday. The store will be closed in August while restocking items.