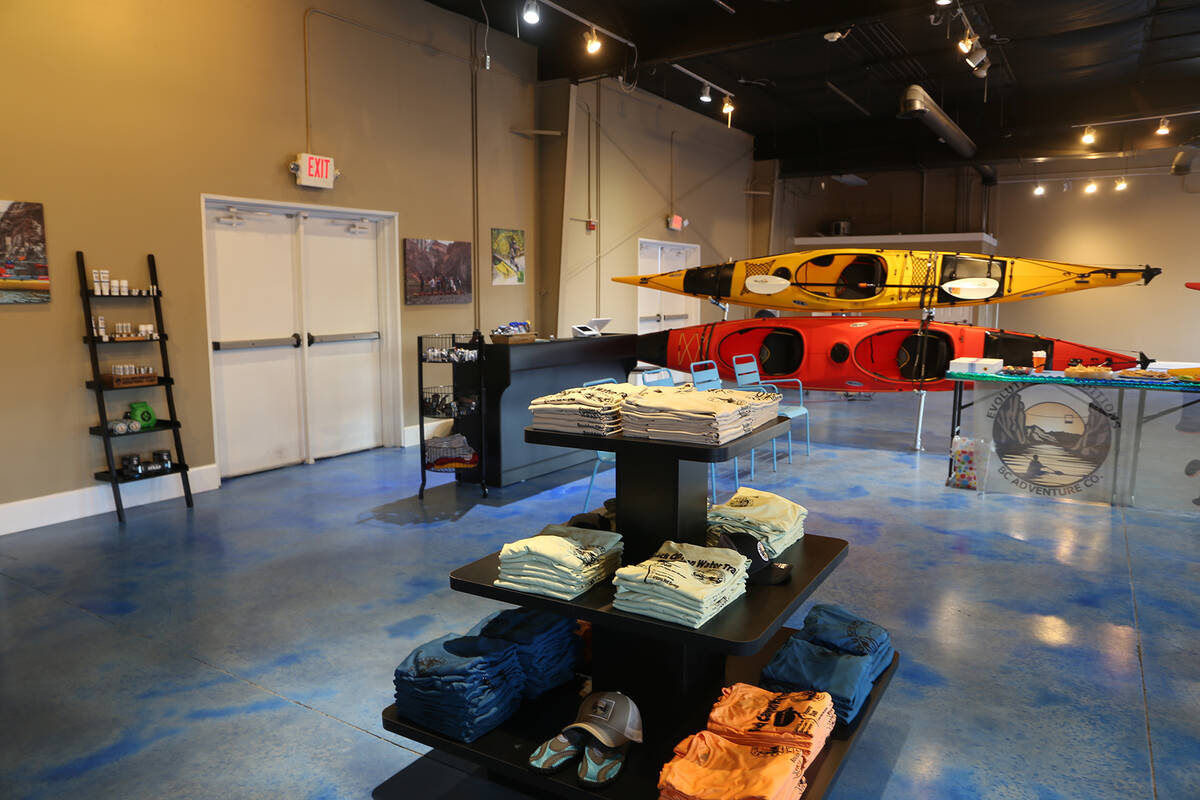 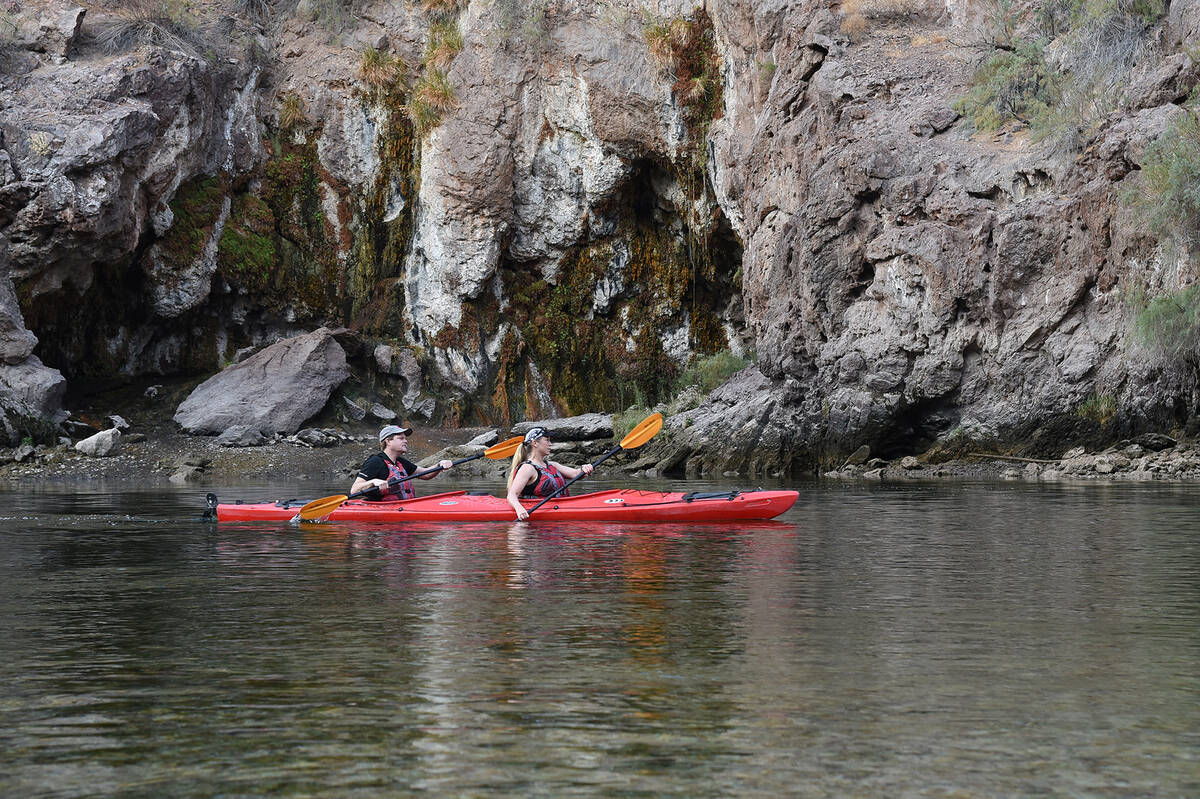 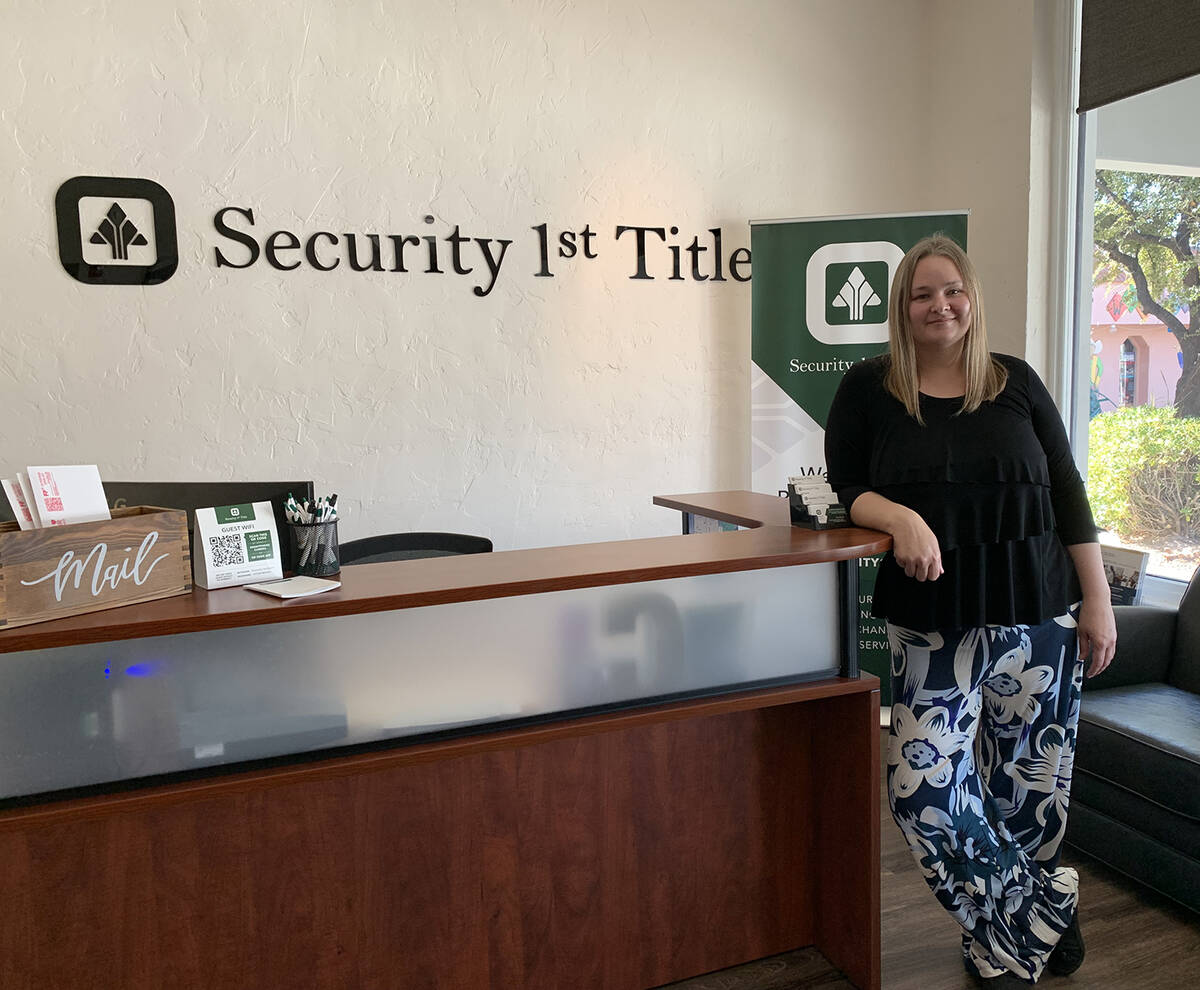 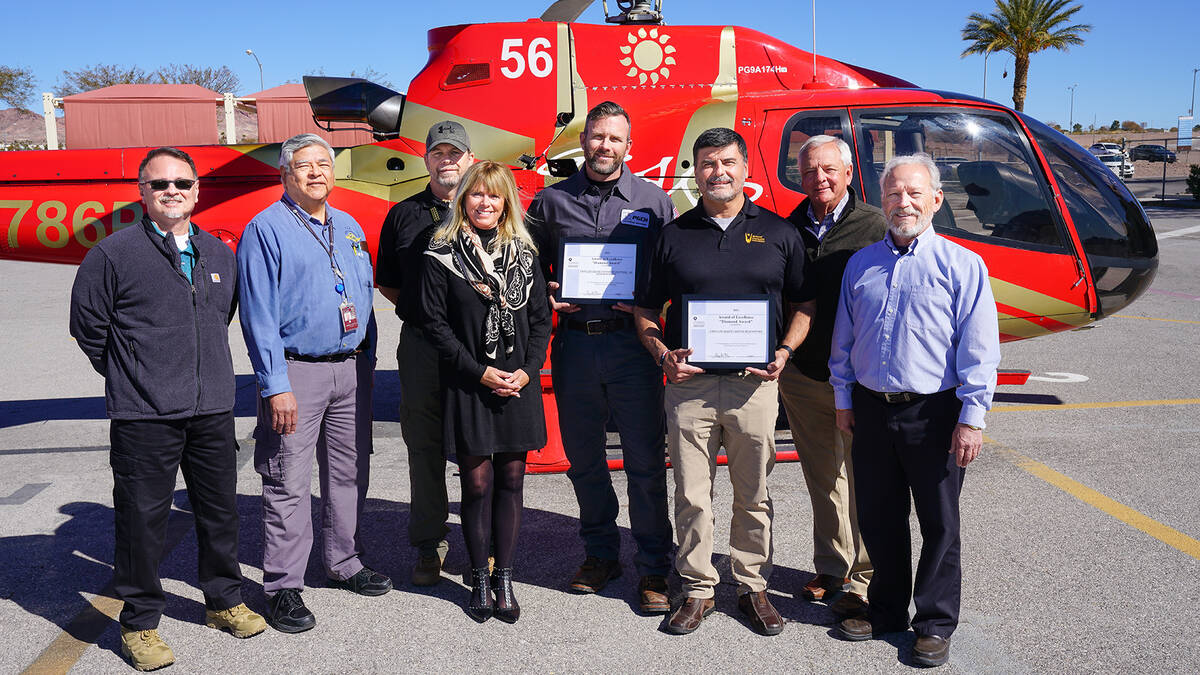 Evolution Expeditions has found a new home in Boulder City.

It also serves as a last-minute stop for the company’s tour participants before they head out to Lake Mead National Recreation Area.

Opening a retail operation with a lounge for customers of its kayak and hiking tours was a natural evolution, said owner Chris Cheney.

“I thought it would be great for exposure (to the company) and also be a place to take our guests after we pick them up from the Strip so they can use the restrooms and pick up last-minute items before we take them to Willow Beach (Arizona) and the (Colorado) river,” he said.

The new location complements its Boulder City warehouse where it stores equipment.

He said he knew the site would be perfect for them when he saw it become available recently.

Evolution Expeditions has been in business since 2006 and was purchased by Cheney and his family in 2019.

According to Cheney, the original owner thought his family would take over the business, as it is one of the founding Colorado River kayaking tour companies, but they had different career goals.

He said their timing was fortuitous. The purchase was completed a couple of months before the COVID-19 pandemic hit and outdoor recreation was one of the areas where business “really took off.”

Cheney said his passion for kayaking is growing alongside his business, where his wife serves as the administrative officer and his son works as a manager and trainer.

None were avid kayakers before purchasing the business, which they thought would be “exciting” for their family as they enjoyed other outdoor activities.

“We have such a treasure here,” he said, noting that “Boulder City is on the map” as a world-class destination for outdoor adventures.

Cheney said the moniker “Boulder City Adventure Co.” on the large sign on the front provides them the opportunity to expand their offerings beyond kayaking and hiking tours. He said they are also looking at paddle sports and bicycle tours.

He said he would like to help make outdoor activities part of the community’s identity.

“We see so much opportunity in Boulder City as being an adventure destination. It’s really what my vision is and one of my missions of being in Boulder City.”

When it comes to helping Boulder City residents with their title needs, the staff at Security 1st Title is ready.

Security 1st works with five major underwriters for title insurance, which allows it to find the best product at the best price for its customers, said Jeff Harris, president of the company’s Nevada division.

He said it’s important to him that his staff members live in Boulder City.

“They know the people … They spend their money there and bank there. It’s a great place to be,” he said.

Harris said he also works diligently to instill a company culture based on integrity.

“We do the right thing, no matter what.”

Although a good majority of the company’s business focuses on residential transactions, Harris said he also helps builders and commercial businesses. He said keeping their business diversified allows them to work at an even pace when the market fluctuates.

Additionally, they offer Security 1st Exchange, which specializes in 1031 exchanges that allow capital gains taxes to be deferred when selling and buying property. That department is headed by Carmine Difulvio, who has more than 20 years of experience.

“We are fortunate to have him,” Harris said.

Harris, who owns the building , said this is the third title company he has operated at that location.

“I have a lot of pride of always being in Boulder City,” he said, adding “we remodeled the office — it’s all brand-new.”

It may be a new look, but it is firmly rooted in the past and devoted to the community and its history. Pictures from Boulder City’s past are featured throughout the office.

Papillon Grand Canyon Helicopters, which operates out of the Boulder City Municipal Airport, recently received two Diamond Awards from the Federal Aviation Administration for excellence in safety and maintenance.

The awards, established in 1991, are the highest honor in the aircraft maintenance industry. To qualify, all of an organization’s eligible maintenance technicians must complete specialized continuous training during a 12-month period.

The designation followed a multiyear audit of its safety practices, reporting, dedication to ongoing improvement and safety-oriented company culture. Out of more than 6,000 eligible companies worldwide, only 280 have earned the designation.

“At Papillon Grand Canyon Helicopters, our guests’ safety has and remains our No. 1 priority,” said Brenda Halvorson, the company’s chief executive officer. “Our commitment to safety is reflected in the awards and certifications Papillon continues to receive and exemplifies the ongoing dedication of our world-class operations team.”

In January, Halvorson received the Elling Halvorson Vertical Flight Hall of Fame award, named after her late father and Papillon’s founder. The award was presented by the Living Legends of Aviation, a group of aviation professionals who have made notable accomplishments. She was also inducted into the group.