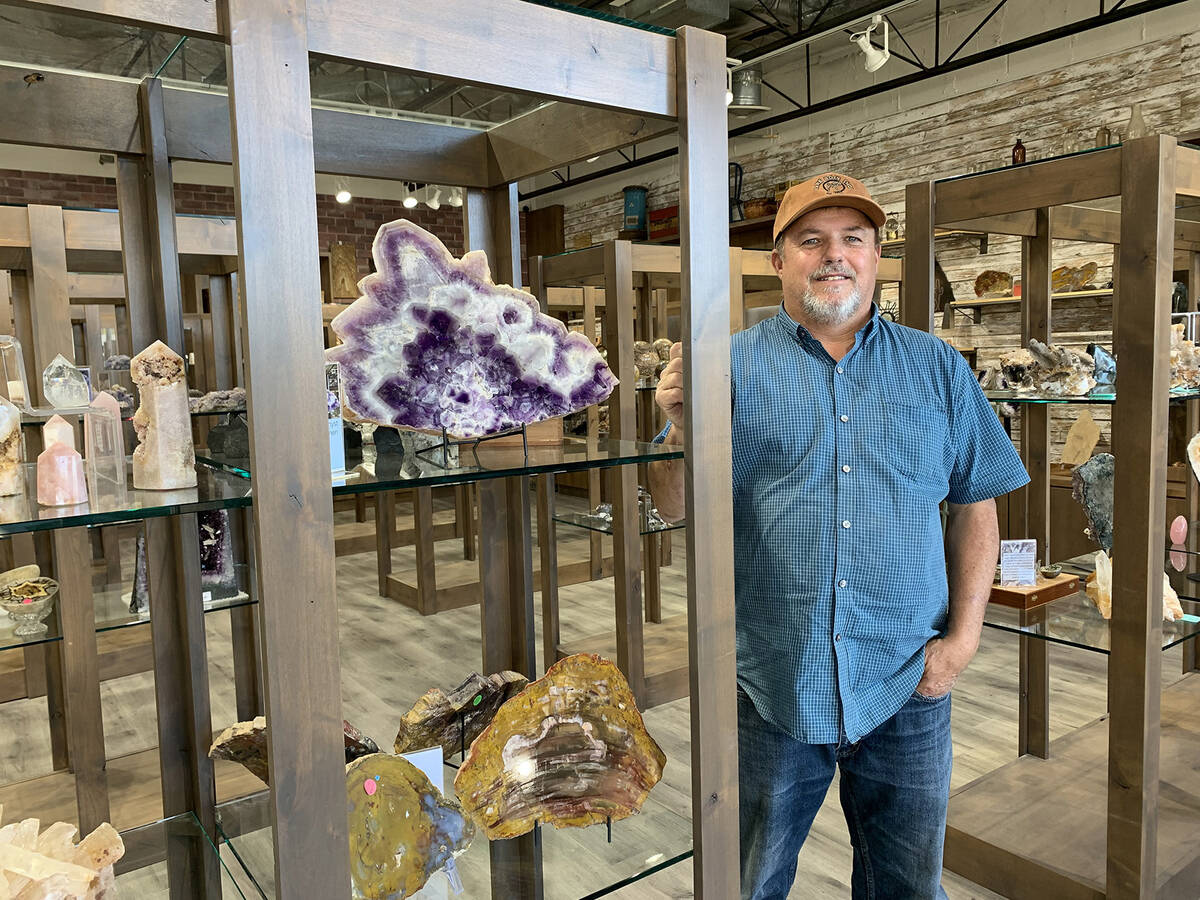 (Hali Bernstein Saylor/Boulder City Review_ Paul Hanks turned his passion for unusual rocks and fossils from a hobby into a business. He recently opened Rare Rock Shop at 733 Nevada Way. 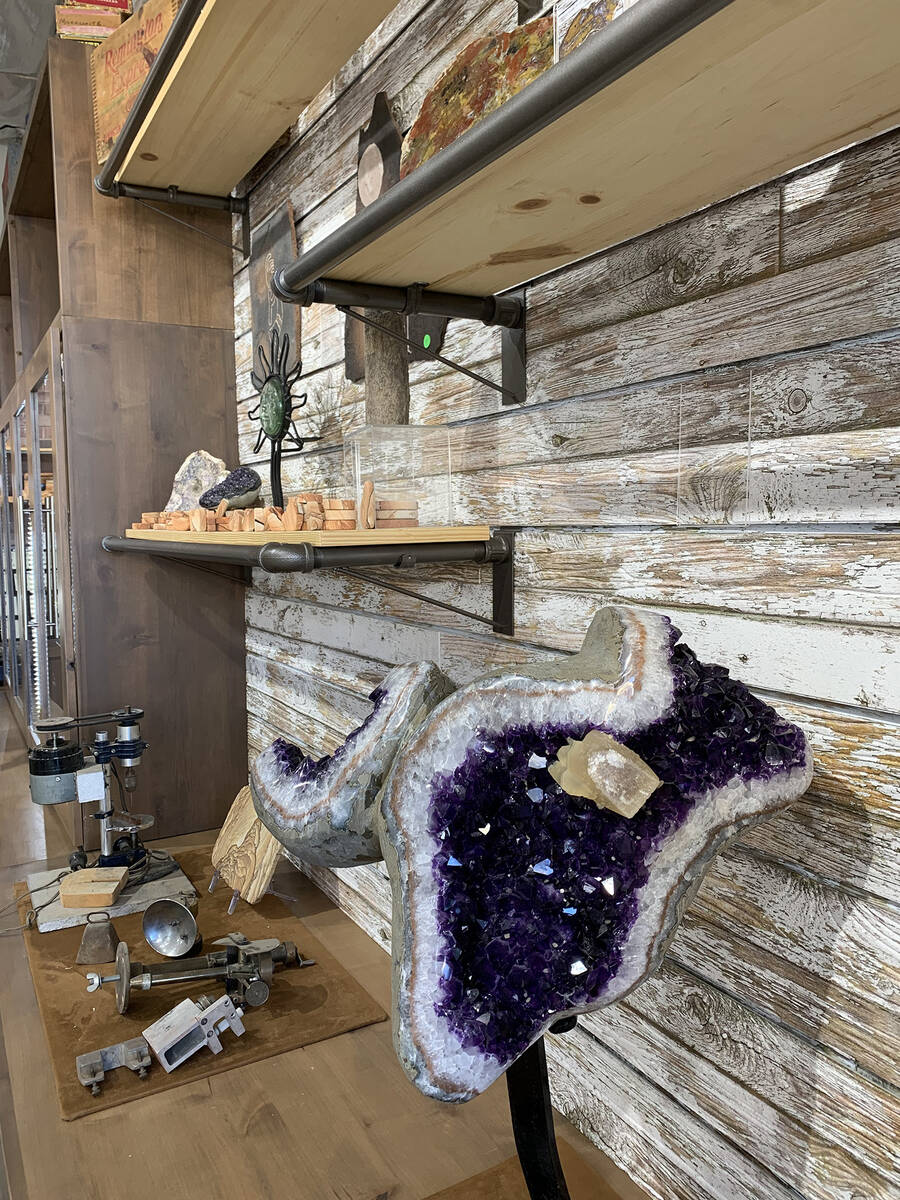 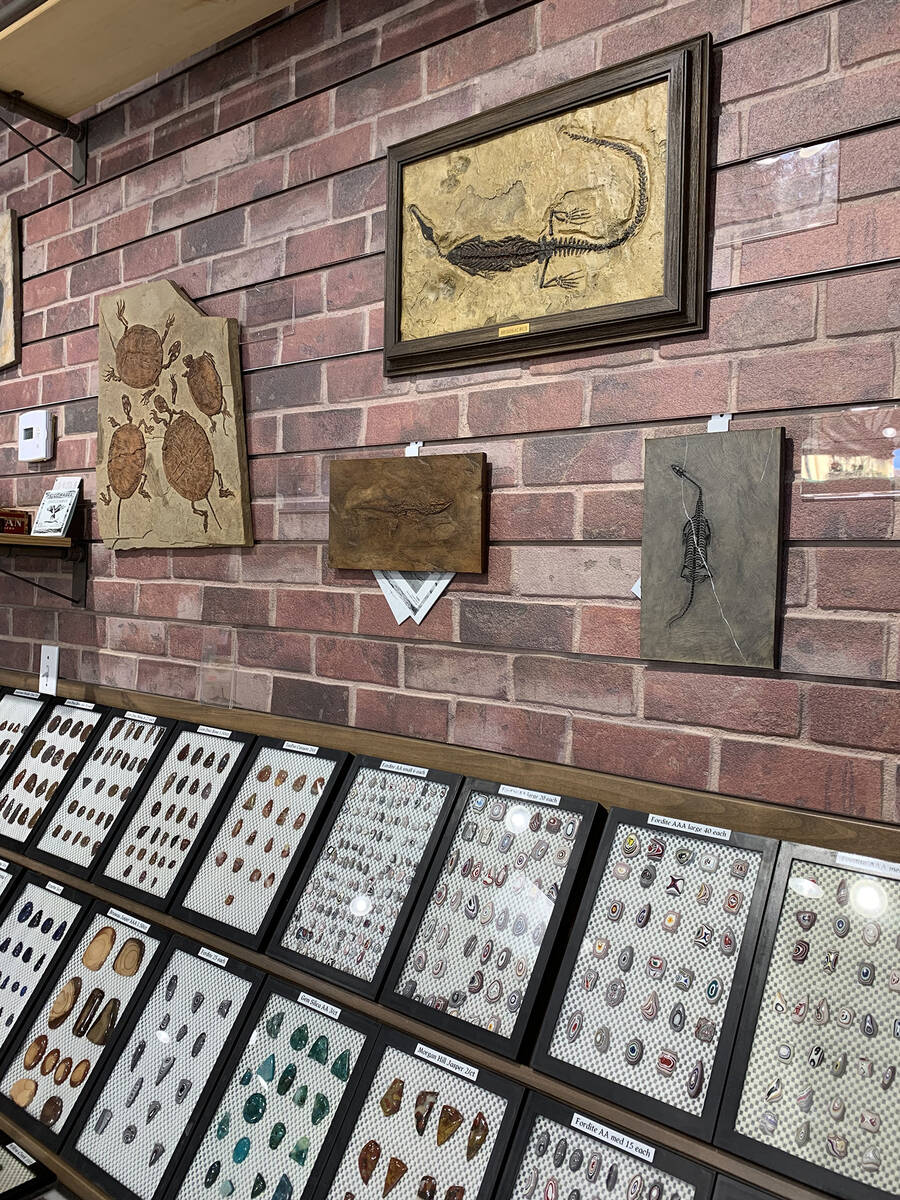 (Hali Bernstein Saylor/Boulder City Review) Fossils, cabochons and polished gemstones are among the items featured at the Rare Rock Shop, which opened recently at 733 Nevada Way. 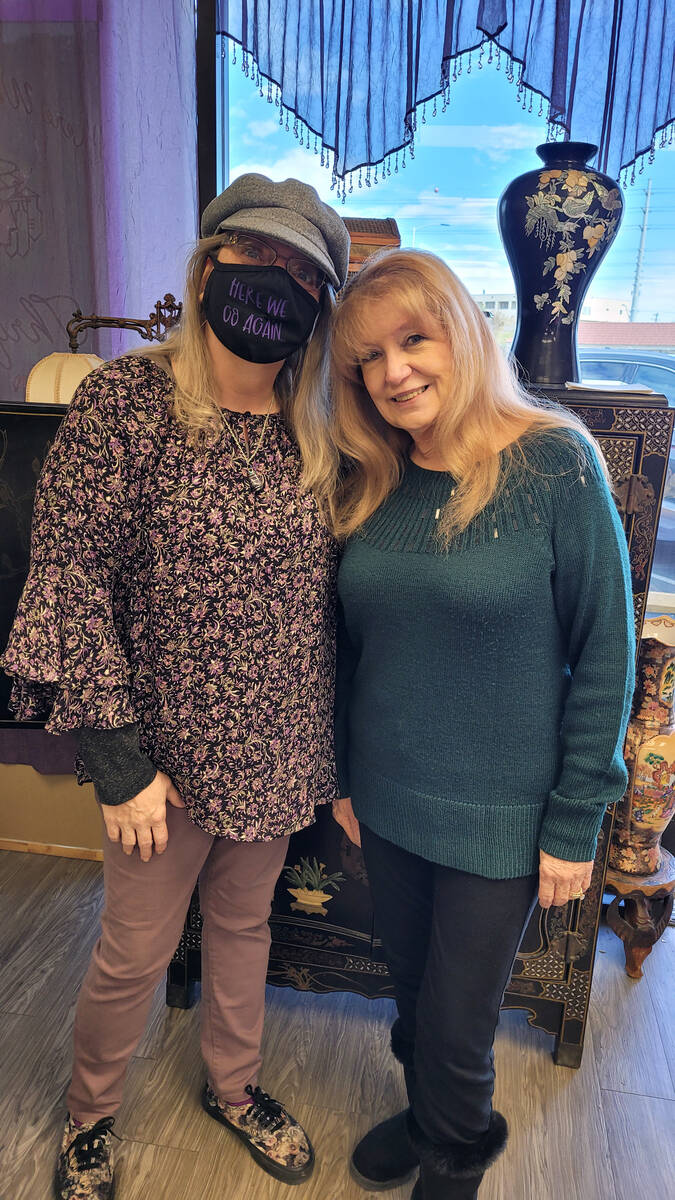 Hanks, who became “hooked on rocks” when he was in his mid-20s after meeting other collectors, turned his hobby into a full-time occupation about five years ago and just opened the second location of his store, Rare Rock Shop, at 733 Nevada Way.

He said he enjoys sharing his passion for rocks, gems, minerals and fossils with others. As he grew his collection, Hanks said he started becoming more interested in learning how to identify the various pieces he came across.

Eventually, he began going to trade shows and started selling his wares on the internet in 2004 before leaving the health care and pharmacy industry to devote his attention to his rocks.

Hanks has been gathering “inventory” for 30 years and said he has .75 million pounds of stones, rocks and fossils from around the world in his warehouse. That was after sorting through many collections he bought, “gleaning” the top 10 percent for himself.

He said many of the items he features are unusual because they come from natural resources that are no longer available, such as old mines in Arizona and Utah.

“I handpick everything that comes in the store,” Hanks said.

The shop will offer wholesale and retail items. Included among his inventory are gemstones, cabochons, beads, jewelry, display pieces and metaphysical and holistic healing stones and crystals. He also will have the ability to make custom jewelry.

In addition to offering finished products, Hanks said he will stock lapidary supplies and rough rocks.

“We will have everything for hobbyists from beginners to high-end collectors,” he said.

Hanks said he had received requests to open another location from patrons at his store in La Verkin, Utah, near Zion National Park and his family chose Boulder City because they love the community. His wife was raised in Las Vegas and they visited the area frequently during the early years of their marriage.

He also has been visiting and displaying his goods as part of the Southern Nevada Gem and Mineral Society’s gem and rock show at Spring Jamboree for several years.

“I love the fact that Boulder City has stayed the same. It’s a nice quiet community,” Hanks said.

Its location near Hoover Dam also was important, he said, noting that visitors frequently pass through town on their way there.

The appearance of the store and quality of the materials used to make display cases and shelves was equally important to Hanks as the quality of the merchandise he offers. Everything was custom made and he said he was able to use some koa and birdseye maple woods that he had been saving for roughly 25 years.

Hanks also created a special room for fluorescent rocks and will offer the lighting products necessary to showcase their ability to glow in the dark.

Because he knows not everyone who visits the shop shares the same passion for rocks as he does, he said he plans to have a seating area with WiFi available so they can relax while others in their group peruse the shelves and display cases.

What started as a laugh at Christmas is now one of Boulder City’s newest businesses, Here We Go Again Thriftique.

“It was a family joke,” said Ronata Hall, who opened the store with her friend, Sheri Prybycien.

Hall said she was opening Christmas presents last year when one of her children said she had so much stuff that she should open a store. Prybycien said she also realized she had a lot of stuff when she recently downsized from a three-bedroom house to a local condo.

“I found 11 irons,” she said. “Nine were still in boxes. … We were going to just pack up stuff and donate it. Then we thought why not open a thrift store.”

So they started looking for a spot and opened for business Sept. 3.

Here We Go Again sells thrift store items, clothing, home goods, collectibles and other unique things. People can also donate items there as long as they aren’t large pieces of furniture or appliances.

“Everyone’s happy they can donate here and not in Henderson,” said Prybycien.