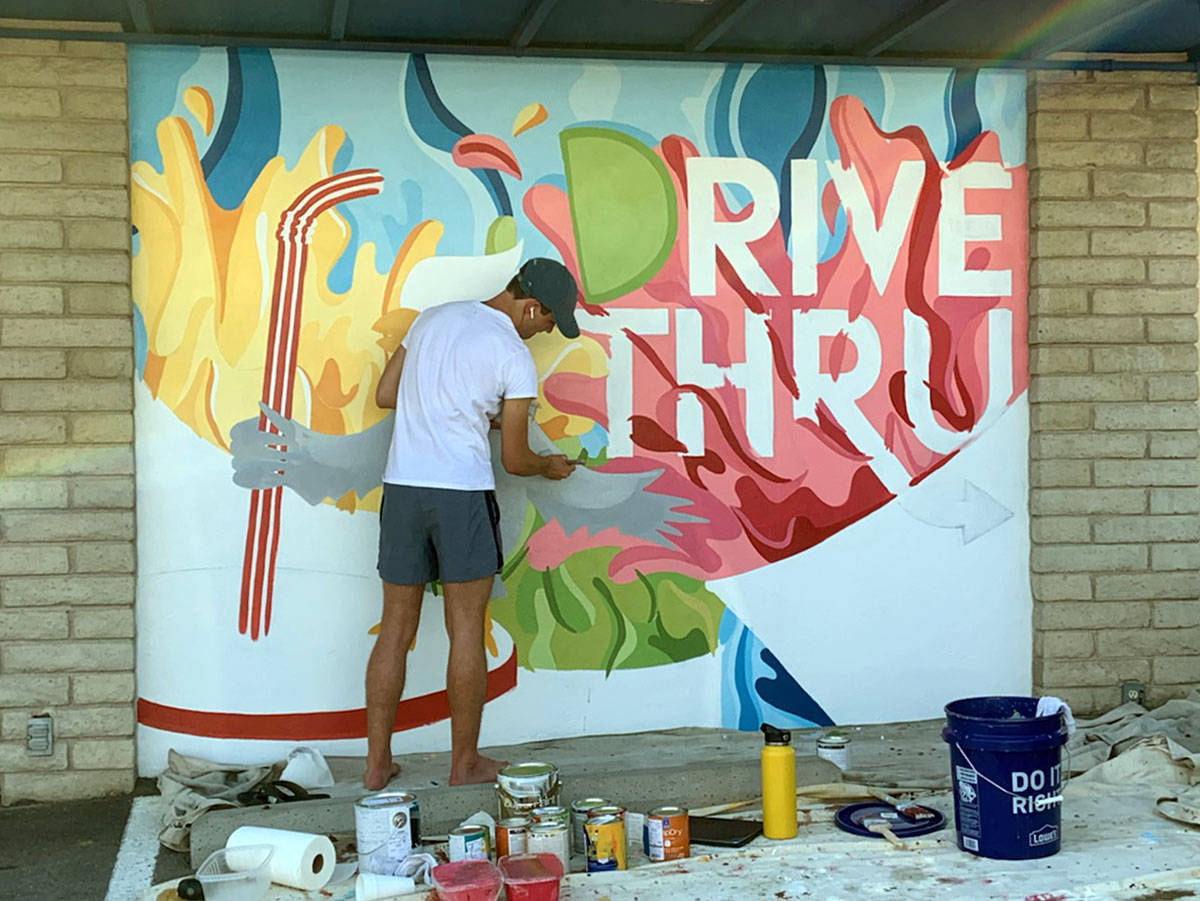 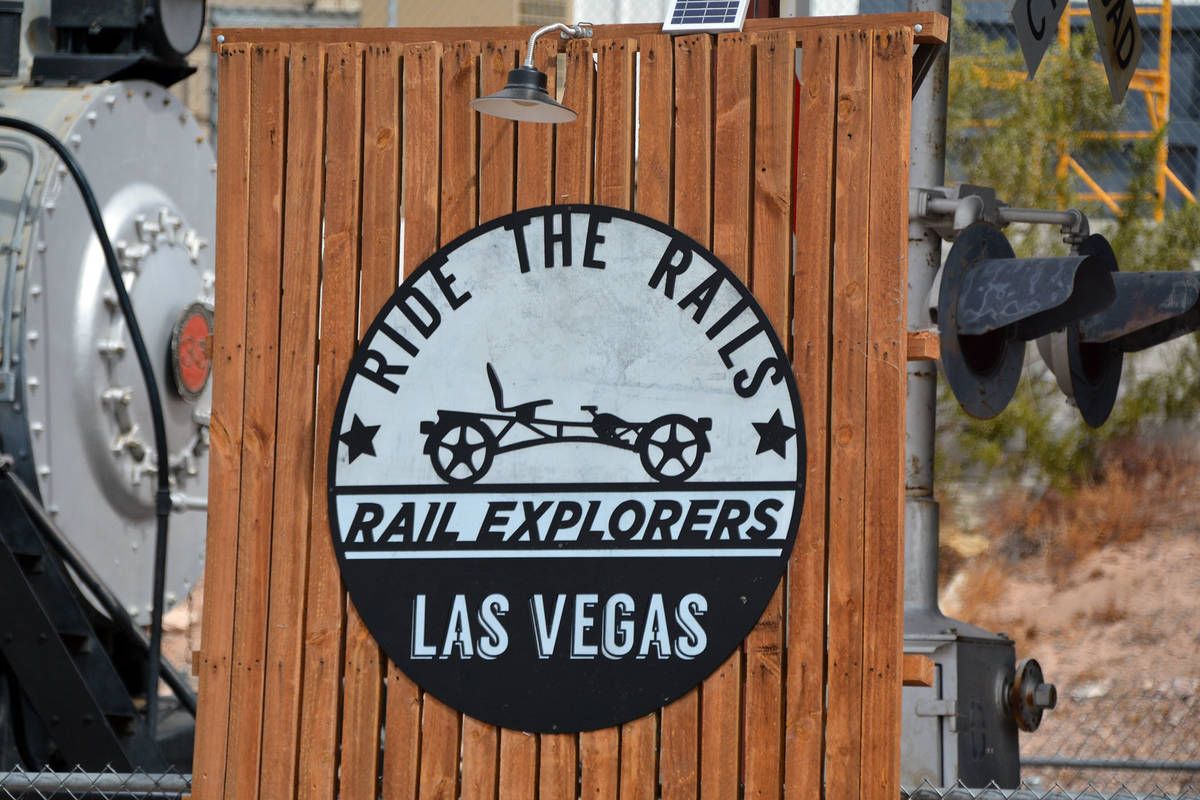 “It’s a drive-thru mural of their eagle with soda splashing in the background,” said Seth Woodbury. “I designed all of it.”

Woodbury, who graduated in May, said he has liked drawing since he was a child but he didn’t really start painting until he was in eighth grade. He started taking classes and created all the posters for assemblies while he was on student council.

Mary Smith, owner of Soda at the Nest, said people seem to be surprised when they find out the business has a drive-thru, so she wanted to advertise it more. She said she knew of Woodbury’s work because she follows it on his mom’s Facebook page and because she is friends with the family.

“I had that space there,” she said. “It was just ready for him. I love employing teenagers. I think they’re so capable. … When I saw how capable he was, I asked him to do it.”

Woodbury said this mural is his second one, and it took him a while to design it.

“In their design, they said they wanted Elliot the Eagle dressed up like the (BCHS) eagle,” he said. “I made it cartoony and added the soda.”

Smith said she loves the mural and is glad she could give Woodbury an opportunity to bring out his confidence.

“We’re going to be talking about Seth for a long time because of that mural and that’s great,” she added.

For Woodbury, the best part was seeing his design come alive.

“The end result is always the most satisfying,” he said. “It’s always cool to have talent you can show and share it with other people. Painting is just fun for me. I can do it all day. Time just flies by.”

Woodbury is taking college courses this summer at Brigham Young University in Provo, Utah, and then he will head out on a two-year mission with the Church of Jesus Christ of Latter-day Saints.

Soda at the Nest is at 900 Nevada Way. It is open from 7 a.m. to 7 p.m. Monday through Saturday and closed Sundays.

For the second consecutive year, Papillon Grand Canyon Helicopters was voted No. 1 in the USA Today 10Best Readers’ Choice travel award contest for best helicopter tour in North America. A panel of travel industry experts partnered with 10Best editors to pick the initial nominees and then the top 10 winners were determined by popular vote.

“What an honor to receive this prestigious award for two continuous years,” said Brenda Halvorson, Papillon’s chief executive officer. “Our goal is to provide breathtaking tours that far exceed guest expectations and we are honored to be acknowledged for our work by USA Today readers, as well as their panel of experts and editors.”

Papillon, which has a base in Boulder City, was also recognized earlier this year for its excellence in maintenance and compliance by the Federal Aviation Administration and has earned the Stage Three designation from the International Standard for Business Aircraft Operations, one of 280 out of more than 6,000 eligible companies worldwide.

The Southwest Summer Soaker tour features a special section where members of Railway Explorers’ staff will surprise riders with a refreshing squirt gun water attack during the 4-mile downhill ride from the Nevada State Railroad Museum to the Railroad Pass picnic area.

The Neon Lights tour starts Friday, July 2, and takes place in the dark. It features rail-bikes adorned in neon lights. Riders are encouraged to wear their best blacklight attire and bring glow sticks. The tours are offered at 10 p.m. and midnight and are currently being scheduled in July and August.

Reservations for these and other tours are available through the website, https://www.railexplorers.net/.