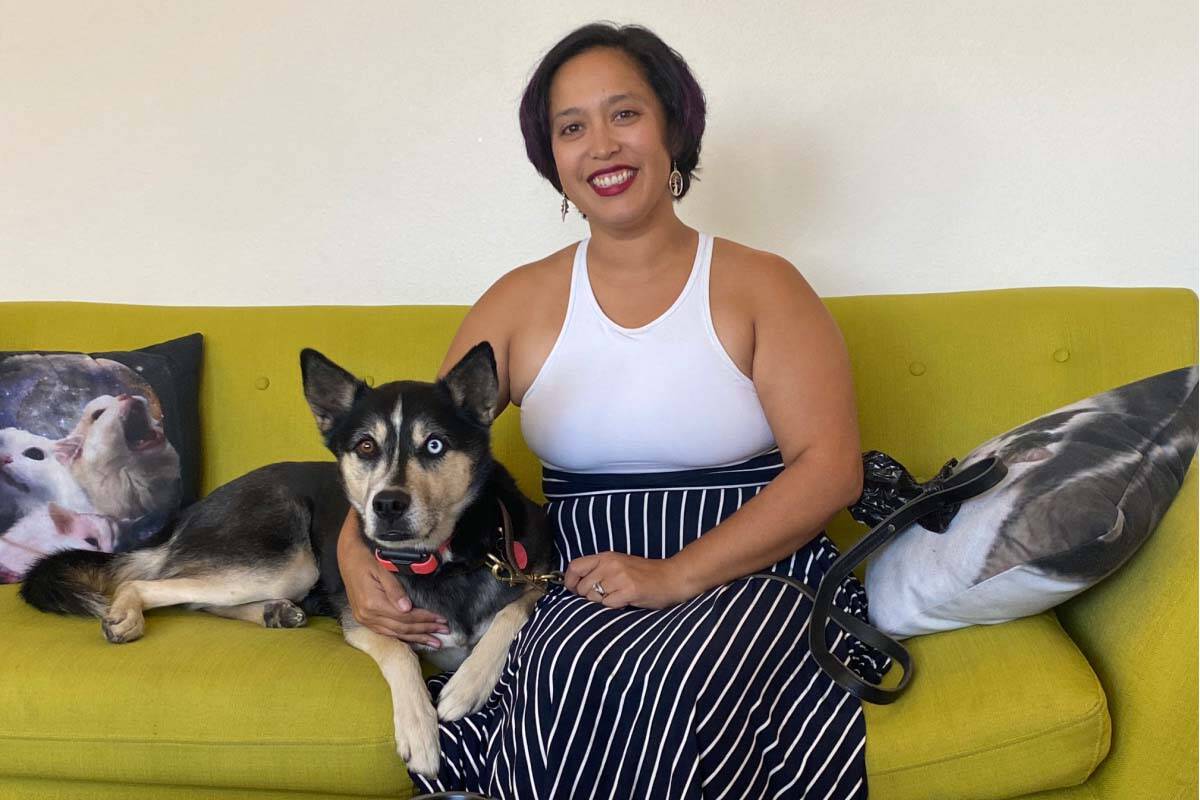 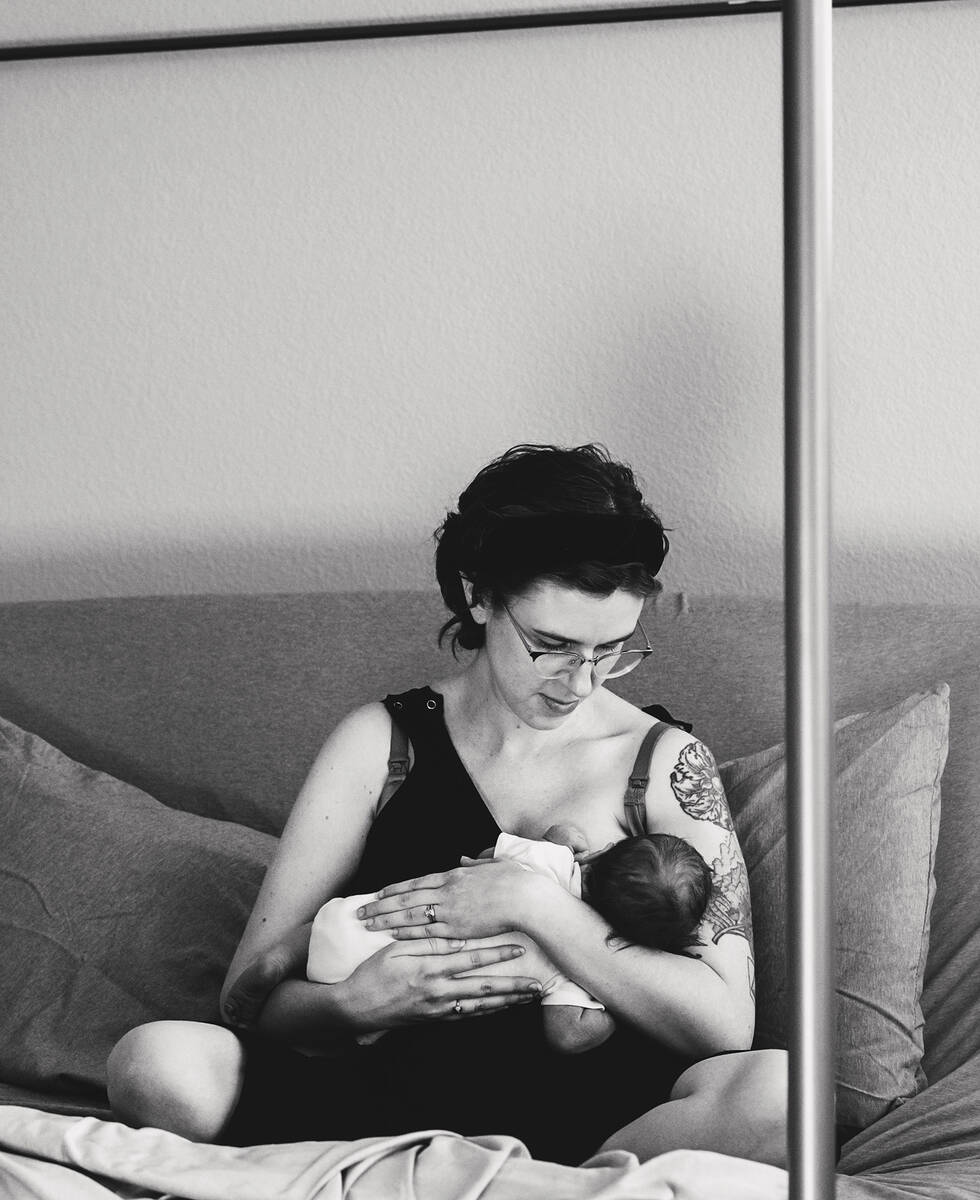 (Photo courtesy Kayla Kirk) Kayla Kirk of Boulder City, seen here with her young son, has started K+K Lactation, which helps parents-to-be and new mothers adjust to having a baby and with breastfeeding issues.

Ask any parent and you will soon learn that having a new baby isn’t easy, and even less so for first-time parents.

There are so many things to learn about caring for an infant, among them making sure it is well fed. Among the options to feed a baby is breastfeeding. It sounds simple. In concept it is, but the actual process can be much more challenging.

That’s where Kayla Kirk steps in. The owner of K+K Lactation in Boulder City, Kirk is a lactation educator and counselor.

Beyond teaching the basics of breastfeeding, Kirk has a background in psychology and can help people adjust to parenthood.

Kirk said she can help new parents prepare for their baby’s arrival as well as once the baby is born. She helps breastfeeding mothers with proper and comfortable positioning and getting the infant to latch on.

“I also know maternal nutrition,” she said. “Usually, in those early days a mom is not getting enough sleep or eating.”

Later, for those mothers who return to work, Kirk can assist with pumping and bottle feeding.

She works primarily one-on-one, but also works with Serenity Birth Center in Las Vegas and The Milk Bar, a lactation support group. She also hosted a drop-in session at the Boulder City Library and said she hopes to hold more events like that in the future.

Kirk said many of her clients only need to see her once to solve their problems, and usually only through an infant’s first year. She does, however, work with parents as long as they need assistance.

“If their breastfeeding issue is complicated, it may need more follow-up to fix it,” she said.

And because she also provides counseling services, she finds that some families need “that extra support.”

“It just depends on the individual’s needs.”

She also is taking training to become certified in infant massage.

“It’s a good bonding opportunity,” she said, noting that it helps the infant stretch out from its birth position.

Kirk has been helping new parents throughout her education and training process, which began in 2020, but just opened her private practice in June.

She said she was inspired to learn more about lactation after having breastfeeding issues following the birth of her first child.

Kirk said she knew there was a need for her services in Boulder City so that new mothers don’t need to travel to Henderson or Las Vegas, but she was surprised at how many people have contacted her since she opened her practice.

Jack Gaal, the founder of Jack’s Place Bar and Grill on Nevada Way, has retired and given the keys to his castle to a new owner, Samantha Thompson. She has been in charge for about a month now and things are going along smoothly, according to her.

Thompson worked her way up as a bartender at the former Inner Circle Bar, the Oasis, and at Maxx’s before she joined Jack’s five years ago. She stated that Gaal approached her a year ago and told her his plan to retire and give her ownership.

“Why me? I ask myself that every day,” said Thompson.

Former owner Gaal has had what Thompson calls “a rough couple of years” with medical issues in his family, COVID-19, and a diagnosis of cancer. Gaal plans on using his retirement to spend time with his family, she said.

Thompson confirmed that the restaurant would not be rebranding and will remain as Jack’s. However, she does plan to add some of her own flair to the business.

Boulder City loves its dogs. But unfortunately, many owners cannot be with their four-legged friends 24 hours a day. Enter the Dam Dog House, a new doggy day care service that will open Monday, Aug. 29.

Located at 1656 Boulder City Parkway, the Dam Dog House will provide day care and overnight boarding for dogs. Plans for dog walking, pet-friendly shuttle services, grooming and health checkups with other businesses are in the works.

Owner Allison Shafer says this has been a dream of hers for 15 years.

“A lot of Boulder City residents take their dogs to doggy day cares, but they go well into (Las) Vegas to do so. Some people work here in Boulder City, drive their dogs out to Henderson, drop them off for a few hours, and then pick them up later … There were so many people doing it that we said, ‘Why don’t we have one here?’” said Shafer.

Shafer grew up in Boulder City, moved around for a bit and came back roughly three years ago. Before she owned the Dam Dog House, she and her husband turned their home into a doggy day care service before and during the COVID-19 pandemic.

Two of her most valuable “employees” during this time were her dogs, Clark and Maggie. Both are trained to welcome other dogs and separate fights, if needed.

“Clark is my go-to guy … He’ll pay attention to what’s going on around him, and nine times out of ten when we had dogs that were being too aggressive, Clark would just walk in between them and defuse things,” said Shafer.

One of the biggest things Shafer wants to get right with her new day care are pheromones. Every animal releases chemical substances called pheromones that can be received by members of the same species and establish things such as moods.

“A lot of people don’t understand that when a dog is stressed out, their pheromones are super high in stress, so they are spreading pheromones that say, “Hey, I’m stressed out.” Other dogs can pick up on that and become scared too,” she said.

To try to tackle this challenge, the Dam Dog House will put all dogs through a temperament testing process, where they will evaluate their behavior before they can be admitted into the day care.

“I’m from this area. I want nothing more than to see our dog community grow. If you look at Boulder City, we are a dog community and we care about our animals,” said Shafer.