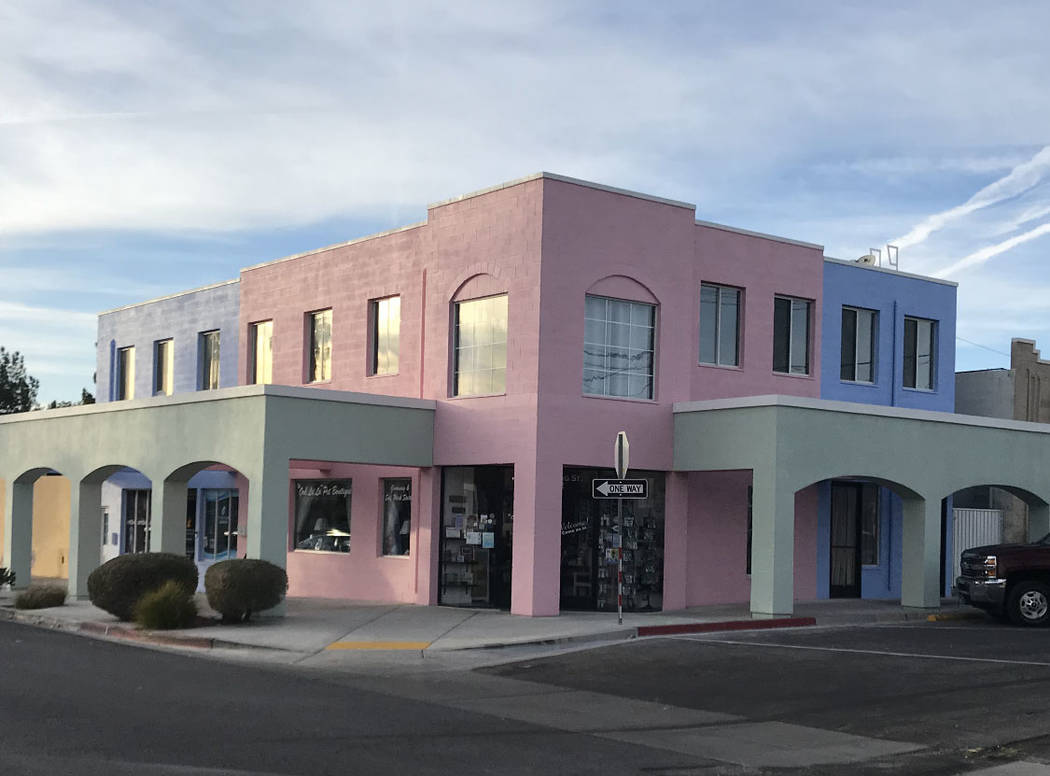 (Paradise Found Plaza) Pink, blue and green sherbet colors now accent the exterior of Paradise Found Plaza at the corner of Wyoming and B streets. The new color scheme is part of a rebranding project and intended to help boost tourism in downtown Boulder City. 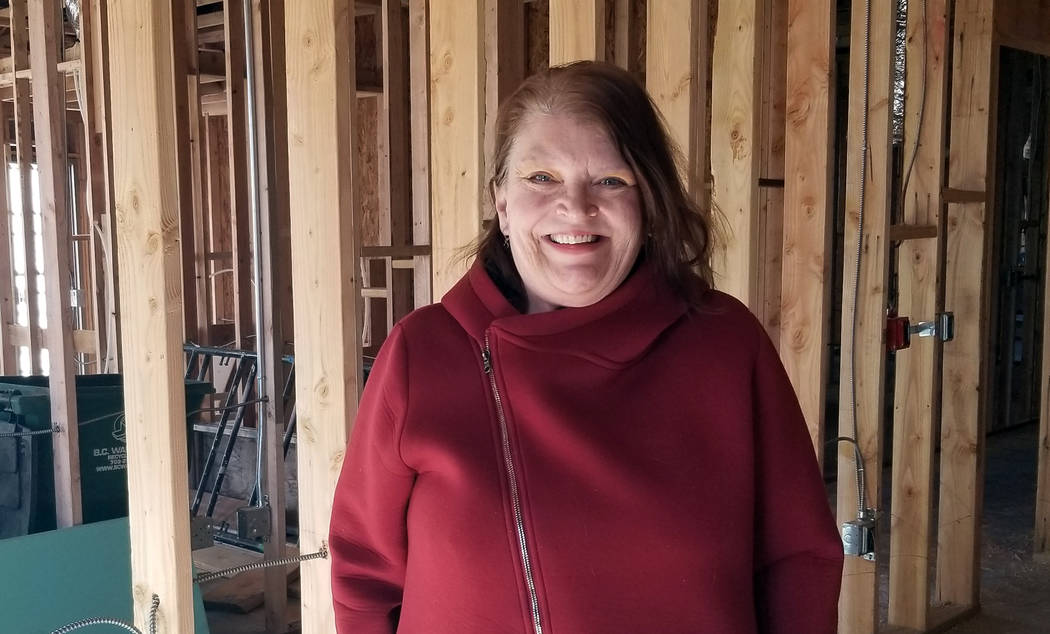 (Celia Shortt Goodyear/Boulder City Review) Patti Jack stands in her new child care center at 1304 Wyoming St. She hopes to open it toward the end of April; it will be for infants to school-age children.

A Boulder City resident is fulfilling her longtime dream of opening a local child care center to care for infants through school-age children.

Patti Jack has years of experience in day care and education and has lived in Boulder City since 2012. She said a few years ago she began planning for a center for children that would be open seven days a week.

“I heard that the need was here for infants and toddlers, and I’ve always wanted to do it,” she said.

After she had made some plans, Jack said she received an inheritance that allowed her to bring them to fruition. She also found property available on Wyoming Street.

Jack said she plans to offer educational programs for all ages that will include activities in science, engineering, math, art, music and other topics. The children will also learn cognitive skills as well as social and emotional ones.

“I hope that they get a place where they can come and be comfortable,” she said about those who enroll. “Your child will grow with us — guaranteed.”

She and her husband, Jesse, have been married for 32 years.

The owner of Paradise Found Plaza at the corner of Wyoming and B streets is bringing a new flavor to town — a sherbet-colored exterior.

J.D. Miller has painted the building soft shades of pink, blue and green, a style found in European cities for decades. It is the first step in a rebranding project, according to Candy Santana-Moncayo, owner of Ooh la la Pet Boutique and Grooming, which is housed in the building.

Santana-Moncayo, who also serves as property manager, said shutters and signage will be added to the building, along with new landscaping.

Miller said colored buildings have been shown to drive tourism and boost profit margins in other cities.

“The point is to draw the eye of people driving by or riding in the tour buses. We want to create a beautiful theme that is Instagram worthy. We want people to take photos and hashtag our city to boost tourism and help the shops, businesses and restaurants in historic downtown Boulder City,” Santana-Moncayo said. “We have to cater to tourists. People buy what they see. They tend to visit trending places and we live in a social media influencer climate. This is our attempt to not only add some color and European beauty to Boulder City, but to boost our viral footstep, too.”

Just days after the building was painted, two new customers walked into Ooh la la and booked grooming appointments, Santana-Moncayo said, adding the people said they never realized a pet groomer was there.

Co-owner Luana Fritz said she has been talking about including breakfast on the menu since she and her son Roy bought the restaurant in 2018.

“We just wanted to try it,” she said.

They offer breakfast sandwiches with cheese, egg and bacon on either a croissant or a biscuit. Hash browns, coffee and orange juice are also available. The breakfast items are available all day as well as all the other items on the menu.

“A lot of people have a root beer with their breakfast,” Luana Fritz added.

Earlier this week, Pizza Hut announced it was shutting its location at 1208 Boulder City Parkway.

According to a sign posted at the restaurant, it is closing because the decline in people coming through town “has made it impossible to sustain a profitable business.” The owners also wrote they may open another location in the future.

In August of last year, Yum! Brands, owner of the restaurant chain, announced it was closing approximately 500 of its underperforming Pizza Hut locations throughout the country to focus on its growing carryout and delivery businesses.

The last day the Boulder City location will be open is Monday. It opened in 1983. Anyone interested in purchasing any decor or items from the restaurant should speak the manager on duty.