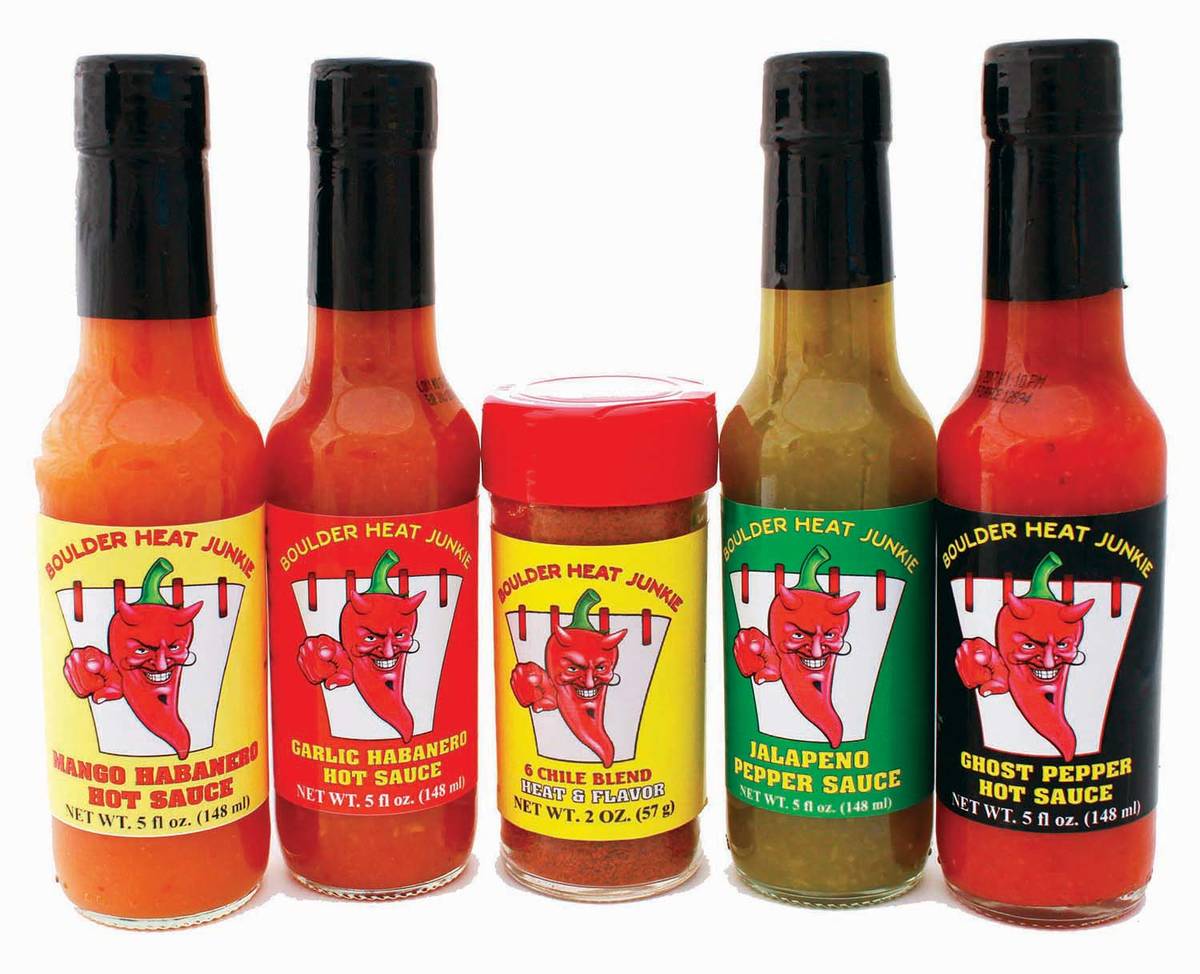 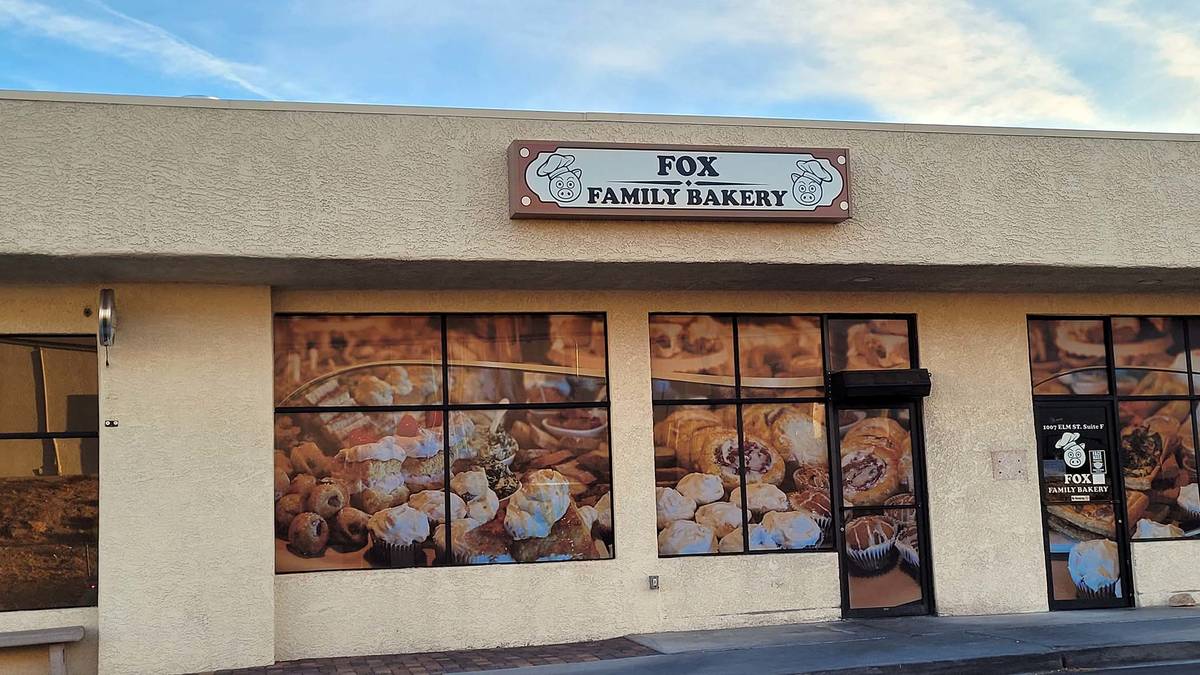 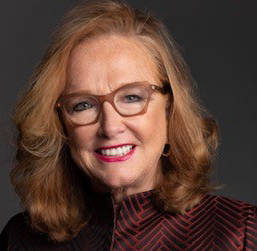 (Susan Mitchell) Susan Mitchell of Boulder City, who has led the Global Women’s Leadership Network for the World Council of Credit Unions since it was formed in 2009, stepped down from her role as chair Wednesday, March 3, 2021. 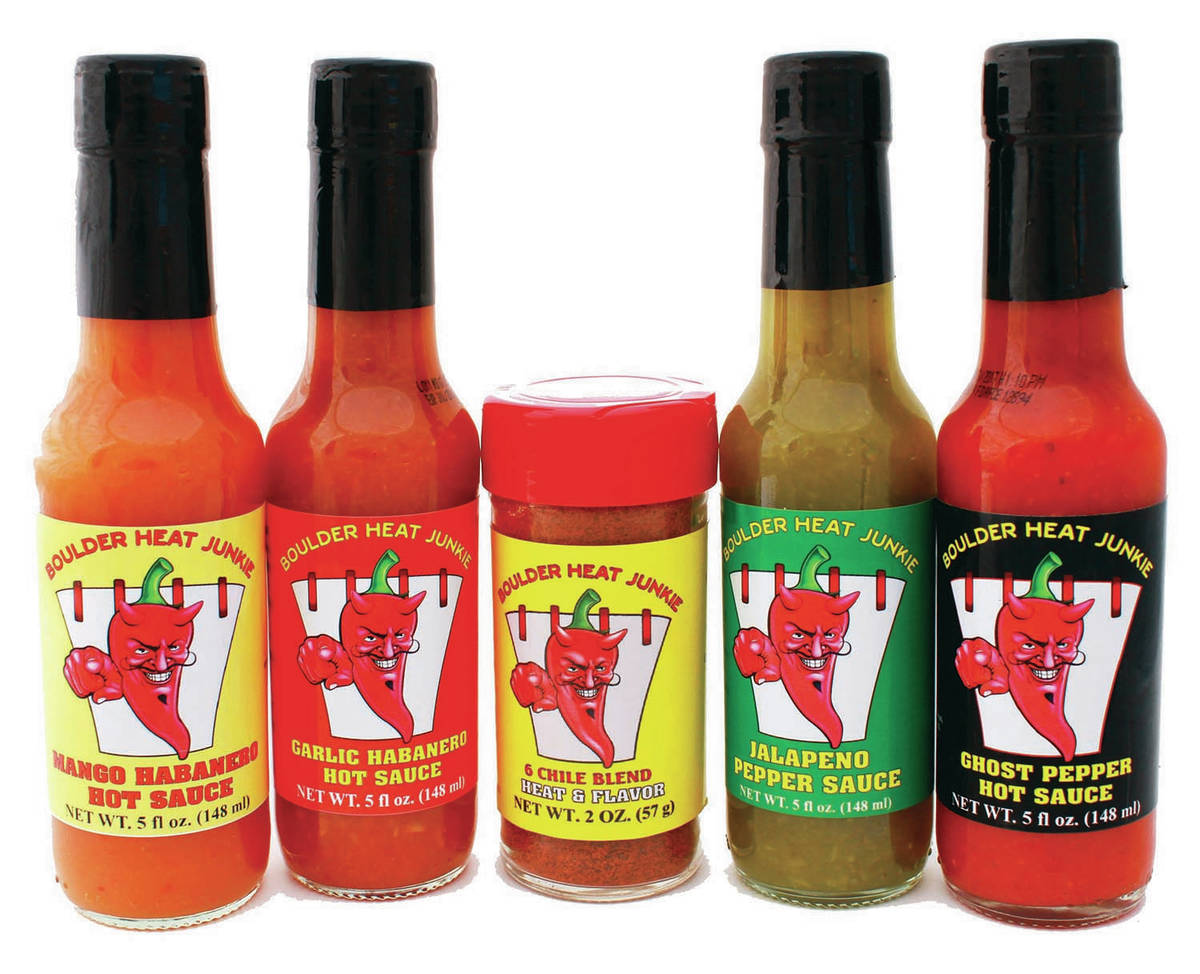 “My main goal for this was not just to burn your tongue but to add flavor and heat,” he said. “I wanted it to be flavorful.”

Torti, who said he’s always had a passion for cooking, just started experimenting one day by smoking peppers and putting different flavors together. He started off by creating the Boulder Heat Junkie 6 Chili Blend and then expanded the line with four other hot sauces: jalapeno pepper, garlic habanero pepper, mango habanero and ghost pepper.

Torti said in the two years since he first started this endeavour, his sauces have been well received by local businesses and restaurants as well as tourists.

“The tourists and locals have embraced it quite well. … I’ll get repeat orders from them,” he said.

“It started as a little bit of a hobby, but with my marketing experience, I was able to make it work,” he said.

He said his long-term plans for Boulder Heat Junkie and Vegas Heat Junkie include creating more flavors and expanding into pickles and beef jerky.

For more information on Boulder Heat Junkie products and a complete list of where they are sold, go to http://heatjunkiefoods.com/.

Dan Fox said when they opened the new location of their restaurant on Nevada Way, they still had two years left on the lease for the former building and decided to create a new business.

“At the present time Kelly Grace Fox and her sister, Devon Hadad, were responsible for all the desserts we are serving at the barbecue restaurant and we were thinking of adding more items in the future,” he said. “Then, at several catering events, Kelly and Devon made some pastries, pies, different breads and cakes. The response was amazing from everyone … and that’s when we decided that Boulder (City) could use a real bakery.”

Kelly Grace Fox is Dan Fox’s daughter-in-law, and she has been running the bakery since it opened.

“Me and my sister bake everything in there,” she said.

She said she hopes customers really like what they offer and think it’s different than what is available in other local stores. She said she also hopes they come back for more.

“It’s only open on Saturdays and Sundays at the present time and they are taking orders for pickup and special events,” said Dan Fox. “They are making bread, pastries, pies, cakes, desserts, pop tarts, cinnamon rolls, specialty sweets and biscuits and gravy. We are still in the infancy stage of the bakery and menu items are changing every weekend for now.”

They also accept orders from 7 a.m. to 3 p.m. Wednesday through Friday, Those orders can be picked up when the bakery is open Saturdays and Sundays.

For more information about Fox Family Bakery, go to http://www.foxfamilybakery.com/home.

Susan Mitchell, who has guided the Global Women’s Leadership Network for the World Council of Credit Unions since it was formed in 2009, stepped away from her role as chair when a new leader was named Wednesday, March 3.

The network is a worldwide credit union movement to advance the role of women in the industry and highlight their achievements.

“For more than 10 years, GWLN has known that bridging the gaps in society requires cooperatives to unite around the world. I thank Brian Branch, president and CEO of World Council, for asking me in 2009 to become the chair … . I am very proud of the work we have done and what we have created. There is no better time to strengthen our path forward,” said Mitchell, CEO of Mitchell Stankovic & Associates in Boulder City.

Under her leadership, the network has established 130 sister societies on six continents, with a membership of more than 4,500 women and men from 85 countries. It has awarded 64 scholarships to women worldwide and awarded empowerment grants that started business development centers in Asia, fed families in Kenya and provided financial counseling for pregnant high school girls wanting to graduate and apply for college in the United States.

“All of us must continue to push for progress as the pandemic has disproportionately impacted women,” she said. “Rest assured that passing the baton does not mean standing down. In fact, I will be standing up as a member of the Credit Union Diversity, Equity and Inclusion Collective governing board and I will remain on the worldwide foundation board as we focus on bridging the gap for all people.”

Mitchell has lived in Boulder City since 1985, where she and her husband, Michael Stankovic, started a firm to provide marketing and other services for banks, credit unions and business partners. In 2005, they sold that firm but continued their consulting work, creating Mitchell, Stankovic & Associates.

“We thank Sue, for her dedication and support over the last 12 years,” Branch said. “I have witnessed her impact from villages to continents around the world. Thousands of women and men are connecting through GWLN to make a difference. Together, we demonstrate the cooperative principles that World Council founders believed in over 50 years ago — people helping people.”

The Homestead at Boulder City has received a 2021 Best of Senior Living award from SeniorAdvisor.com.

The assisted living facility was one of 14 in the state honored by the website, which based its awards on reviews from senior citizens and their families. Only the top three percent of senior care providers in the United States and Canada were recognized.

Many of the top reviews shared stories about what kept facility residents feeling safe and less isolated, highlighting things such as innovative dining programs, socially distanced concerts and karaoke, birthday parades and video calls with family.

“During a year that challenged all of us, and particularly frontline health care workers, senior living communities demonstrated resilience going above and beyond to keep residents safe, healthy and happy,” said Sue Johansen, senior vice president at A Place for Mom, one of the largest senior living facility referral services in North America.

To qualify for a SeniorAdvisor.com Best of 2021 award, winners must have received an average overall rating of at least 4.5 stars on six or more reviews received on the website during the past year.