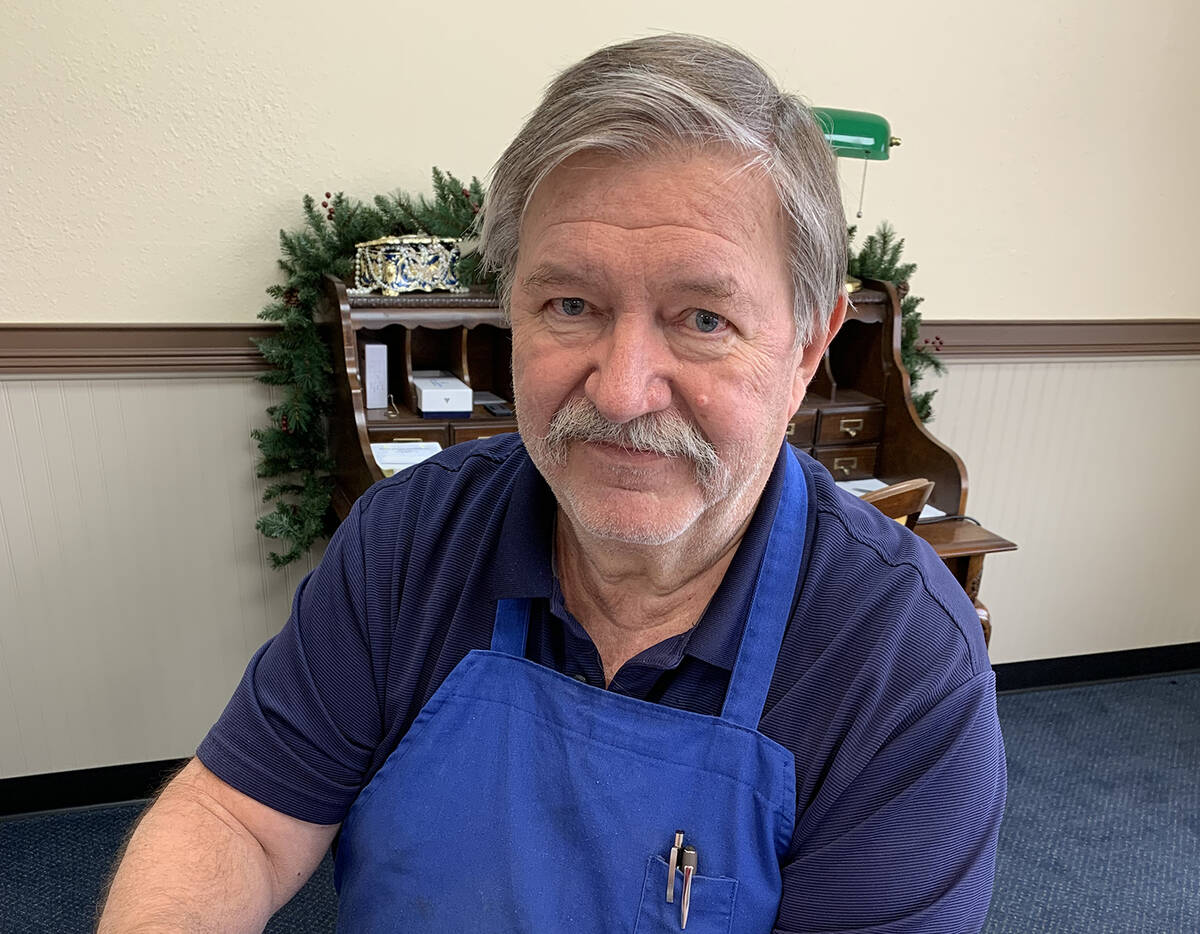 (Hali Bernstein Saylor/Boulder City Review) Not content to sit at home and retiring, Paul Kramar put his decades of experience to work when he opened Master Jewelers of Boulder City late last year at 1007-B Elm St. 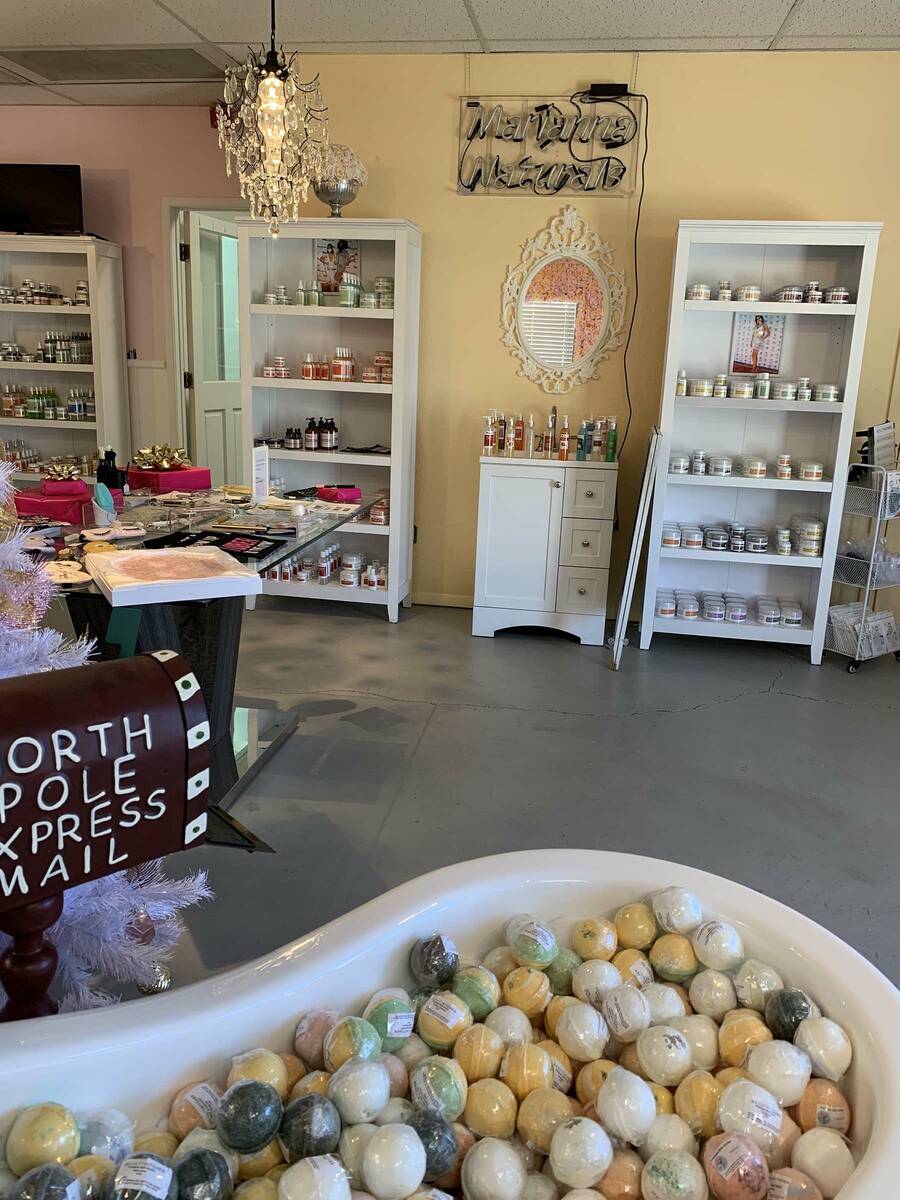 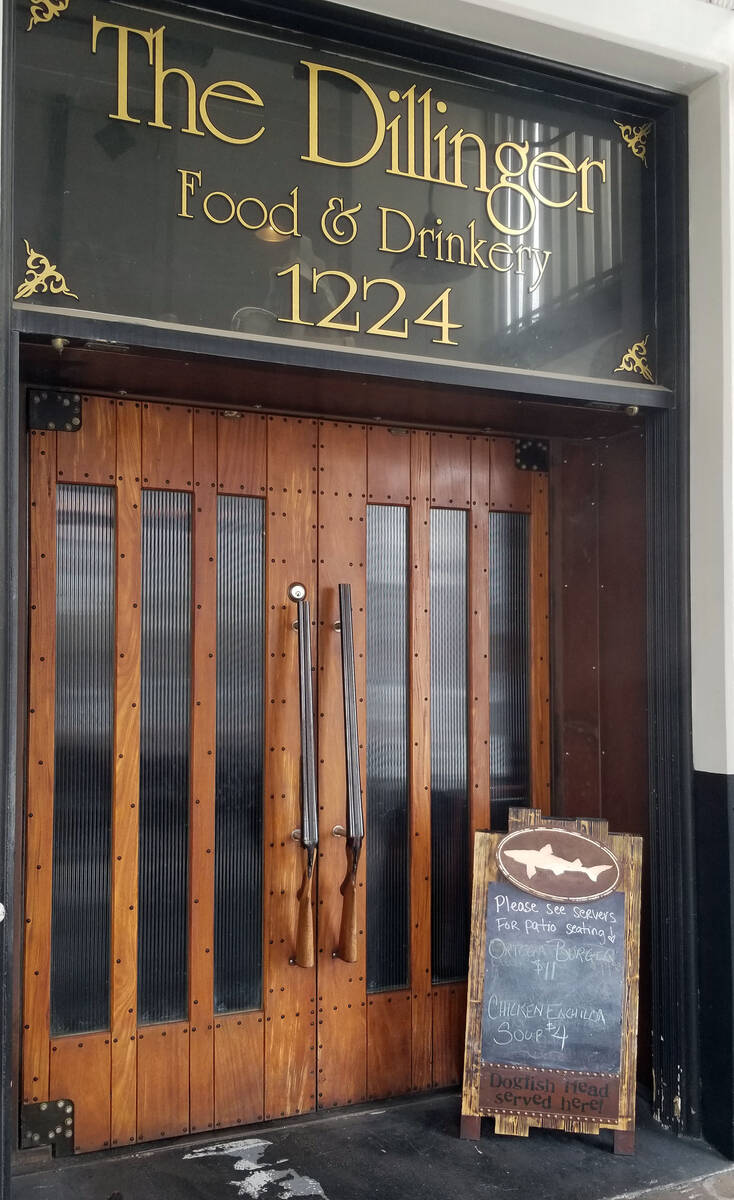 The Dillinger Food and Drinkery, 1224 Arizona St., will be closed for a few days for a kitchen renovation.

His uncle Paul had cars, motorcycles and boats and Kramer said he happily enjoyed visiting Detroit. In exchange for time to play, his uncle, who Kramar called “tough,” sat him down at his jewelry business, giving the youngster a variety of tasks to perform that turned into a de facto apprenticeship.

Fast-forward to 1970 when Kramar was studying law at a college in Loma Linda, California. He said he was halfway through college when he had a fight with his parents, who had been paying all of his bills. The next day he was on his own and realized he needed to get a job — quickly — to pay his rent and school costs.

He said he was walking through the South Coast Plaza mall in nearby Costa Mesa and saw a help wanted sign at a jewelry store. When he explained what he could do, he was hired immediately.

After two weeks, his bosses were impressed and told him that he was better than the jeweler they already had on staff and at a lower salary. Around the same time, a man who owned a competing jewelry store offered him a higher-paying job.

A couple of years later, Kramar, who now owns and operates Master Jewelers of Boulder City, decided to open his own repair shop.

“In six to eight months I had more work than I could handle.”

But it wasn’t until he was chatting with some of his fellow law school students that he realized he was earning more money than they were as recent graduates.

Kramar continued to own and operate jewelry stores in the Orange County area until 2015, when he retired and moved to Florida.

Although he was an avid fisherman and had purchased a house on the water where he could fish to his heart’s content, Kramar said he realized he wasn’t the “retiring type.” He also wasn’t fond of the area’s “no-see-ums,” tiny flies that constantly bit him.

While looking for a new place to call home with his wife, Jerri, he recalled the days he had spent water skiing at Lake Havasu and Lake Mead when he was in college. After his daughter moved to the Las Vegas area, moving to Boulder City seemed like the perfect solution.

He said he is happy being back at work and the location allows him to fish when the opportunity presents itself.

He offers repairs as well as custom jewelry at his store, 1007-B Elm St. Kramar said he’s also working hard to educate people about lab-grown diamonds. He said they are created the same way as Mother Earth makes them — through high pressure and high temperature — but harvested in a much more humane method.

Kramar compared them to a tree, saying that if you cut down a tree in a forest versus one grown at a tree farm, you will find the same tree.

It’s the same for diamonds, he said. They will have identical density, hardness and refractive nature, but cost considerably less than mined diamonds. There also is less waste and they can be cut to perfect proportions.

“The only way to tell the difference is by machine (with high-intensity optics),” he said.

Kramar said he’s there most Mondays, too, but hopes that soon he will be able to spend that day fishing at his favorite spot in San Diego.

Beauty Kitchen, a local boutique, recently closed, but owner Heather Marianna plans to keep products available to the community through her internet store.

“We closed because, unfortunately since COVID, we never really recovered. … I’m going to miss events and hanging out with the people in town who came,” she said. “COVID just really threw us a curve ball.”

Despite the physical store closing, Marianna said her products are still available on her website, www.beautykitchen.net, as well as at Sparkles Beauty Bar, 655 S. Green Valley Parkway, No. 120, in Henderson. Items are also available for sale at Marianna’s local warehouse, 1512 Industrial Road.

Additionally, Marianna said a Beauty Kitchen franchise store is opening in Miami, Florida, and she plans to get additional warehouses in the Las Vegas Valley.

Longtime Boulder City restaurant The Dillinger Food and Drinkery is closed for renovations.

“After 10 years, the kitchen was beat up and needed some love,” said owner Grant Turner. “We’re taking this opportunity to rearrange the equipment and improve functionality as well as enhance the aesthetics. It should only take a few days.”

The Dillinger, 1224 Arizona St., opened in 2011 and specializes in gourmet burgers and craft beer.

Evolution Expeditions, which offers kayaking and hiking tours along the Colorado River, is teaming with nonprofit Get Outdoors Nevada for a beach cleanup event at Lake Mead National Recreation Area.

Volunteers of all ages are invited to join representatives from the two organizations from 9-11 a.m. Saturday for the event at Boulder Beach. All tools needed for the cleanup, including grabbers and gloves, will be provided.

Due to COVID-19 restrictions, the event is limited to 30 people. Those interested can register at https://bit.ly/3tTlGmX