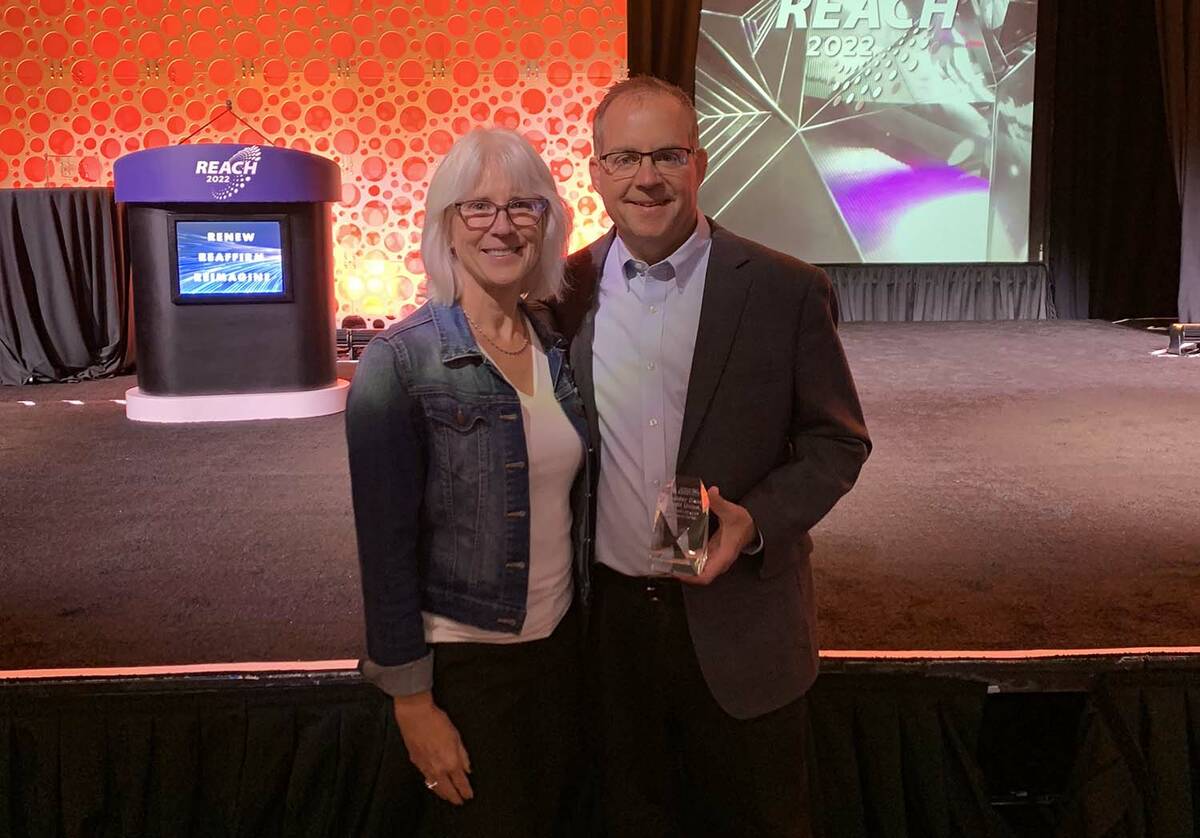 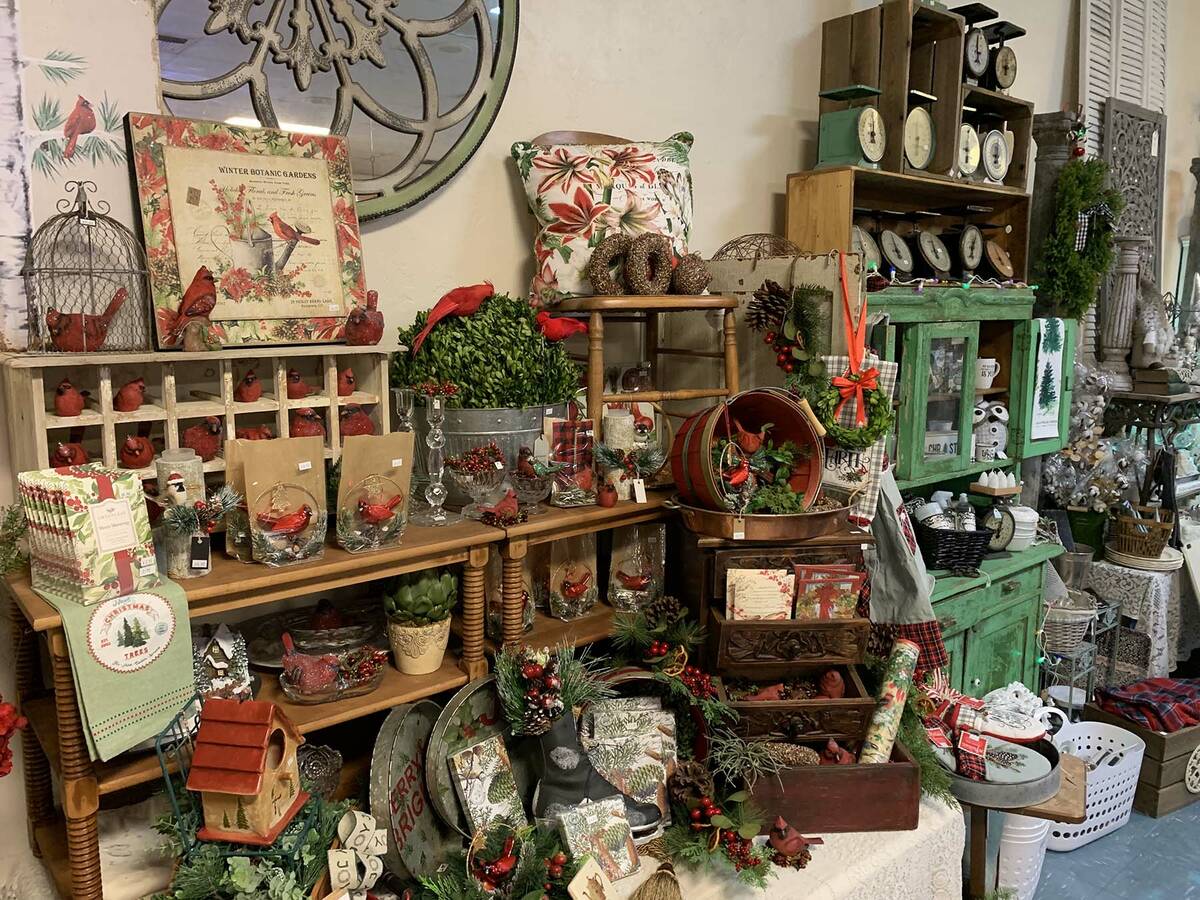 Boulder Dam Credit Union was presented with the 2022 Nevada Advocate Credit Union of the Year award during the annual meeting of the California/Nevada Credit Union Leagues, earlier this month.

The award recognizes work done in the area of political, legislative, regulatory and public advocacy on behalf of credit unions and credit union members statewide.

Eric Estes, president and CEO of the Boulder Dam Credit Union, said the award was in appreciation for the work they do on the state and federal levels. He said his staff works to get to know elected officials and introduce them to “who we are and what we do.”

He said these relationships with elected officials are very rewarding and benefit the credit union when it comes to drafting legislation regarding financial institutions. Often regulations for large banks are not appropriate for small organizations such as the credit union.

Although Boulder Dam Credit Union is the largest financial institution of its type in the state, it is locally owned, smaller than many banks and operates with the best intentions of its members first, Estes said.

“Typically, we just like to be left alone,” he said, adding that allows them to “do what we do very well.”

While honored to accept the award, Estes said it was just a bonus for doing what staff members have a passion for.

Putting the community first is at the very core of the credit union’s operation, he said.

“Of our entire marketing budget, 90 percent goes for sponsorships, community support and organizational support. We like to say ‘yes’ as often as we can.”

Estes said they try to touch every corner of the community.

For Glena Dunn, running Boulder Vintage stems from her “devotion to bring things back to use and life.”

“I don’t want anything to go to waste that someone could have fun with and bring beauty to their lives.”

Sometimes, it’s just a matter of changing the way you view things, she said about incorporating antique and vintage items into one’s life.

Some of the items showcased in the store are more than 120 years old and others are brand-new.

She said the shop is filled with things you love from every season, but the Christmas season is Dunn’s favorite.

“I love the beauty of the decorations and the gathering of family.”

She said she begins preparing for the holiday in January when she selects themes for dedicated areas in the shop. Then, Dunn starts setting up for Christmas in September, dedicating at least a week to each themed area.

She also admits to staying after the shop closes to “fix” the decor.

Many of the items for sale in Boulder Vintage are things Dunn has found at estate sales.

“I loved finding treasures,” she said, recalling how at the age of 8 or 9 she would play with her grandmother’s button jar and imagine the stories the buttons could tell.

Calling her grandfather a “horse trader,” she said finding new life for items or upcycling them is in her blood.

“It’s the thrill of the hunt,” Dunn said, admitting that it also makes it “difficult to part with some things.”

When she does, however, it’s usually for a good reason. Such was the case on a recent afternoon when a couple from North Pole, Alaska, found an old Santa in his reindeer-pulled sleigh still in its original box.

In addition to items she has curated or purchased at gift shows, Dunn creates special holiday decor.

She said she got her start crafting mimicking her mother, who would do projects she saw in magazines.

Then, when she was in the fourth grade, she kicked up her crafting a notch. She said she was inspired by a project creating the three kings in macaroni and spray painting them silver and gold.

Before opening Boulder Vintage three years ago, Dunn owned and operated Back in Thyme since February 2001.

Boulder Vintage is at 508 California Ave.

New fuel facility to be installed at Callville Bay

Lake Mead Mohave Adventures is installing a new floating boat fuel storage facility at its Callville Bay Marina. It is expected to be completed by the end of the month.

The system will ensure boaters have access to gas now and for years to come, despite the ever-changing water levels at Lake Mead.

Boat fuel will not be available through Monday, Nov. 28, as work continues at the marina.

We want news, tips, anything you want to tell us about Boulder City business, as long as it’s true and as long as it’s not pure publicity. Send it to news@bouldercityreview.com.