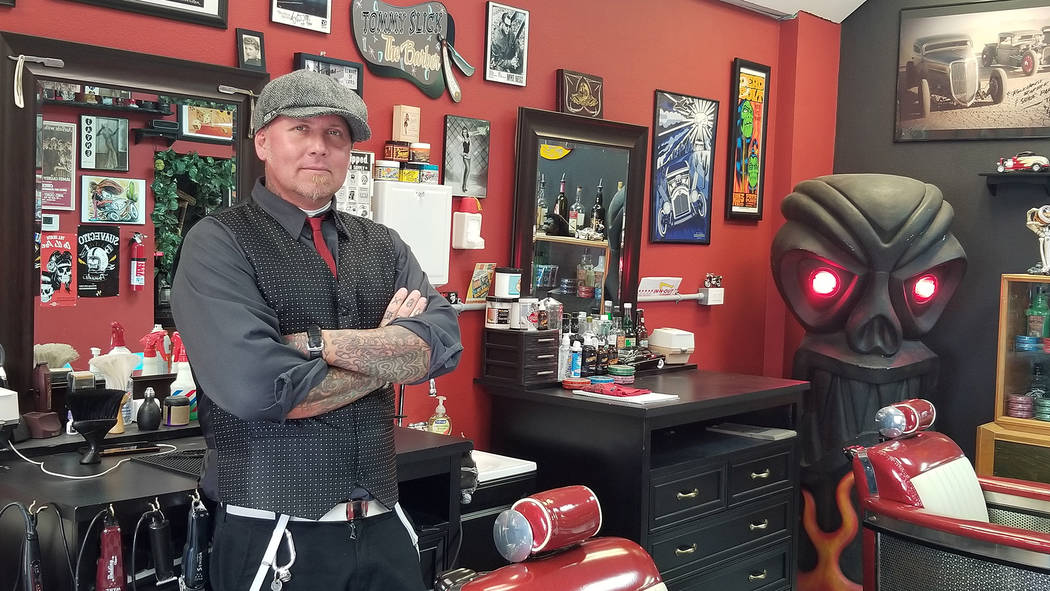 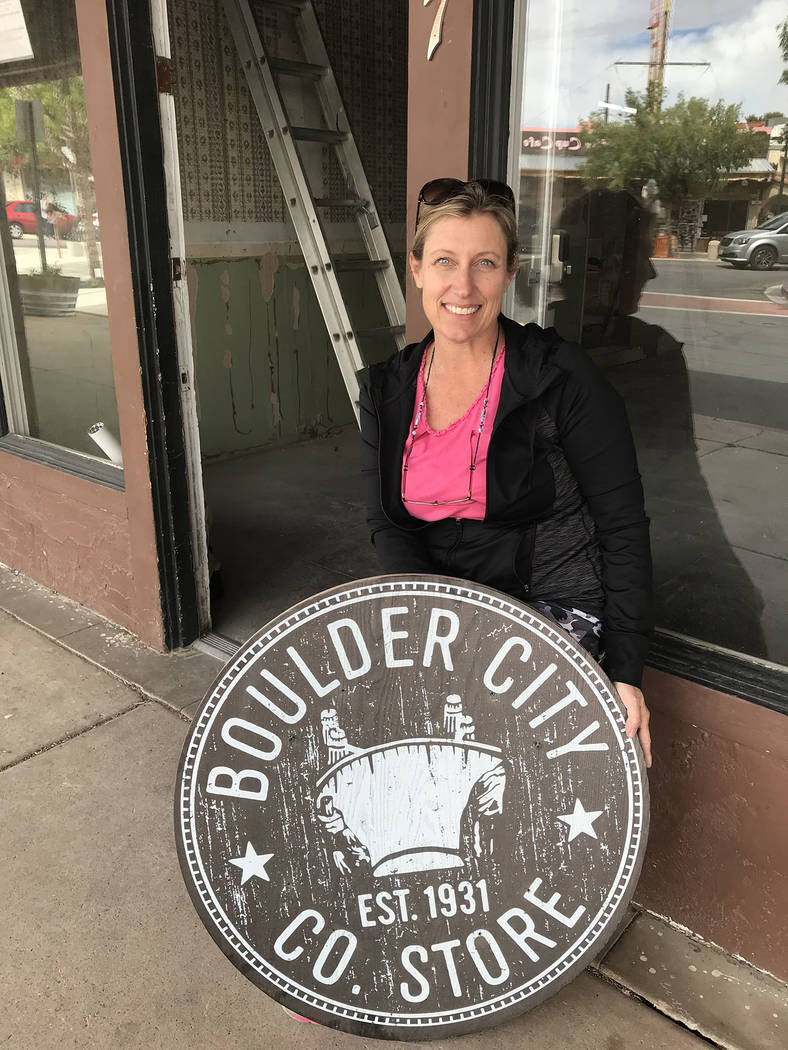 (Hali Bernstein Saylor/Boulder City Review) Tara Bertoli is opening Boulder City Co. Store at 525 Avenue B. The store will use historical references from the city's early days and feature items with a Boulder City brand. It is set to open in July 2019. 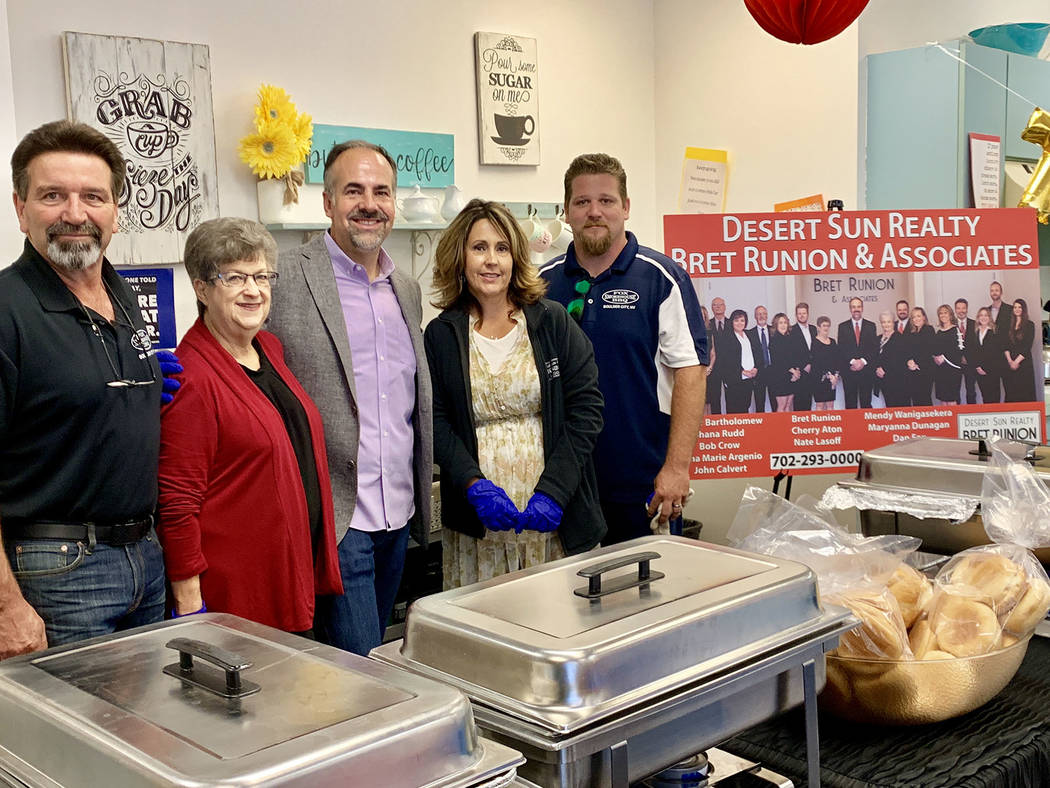 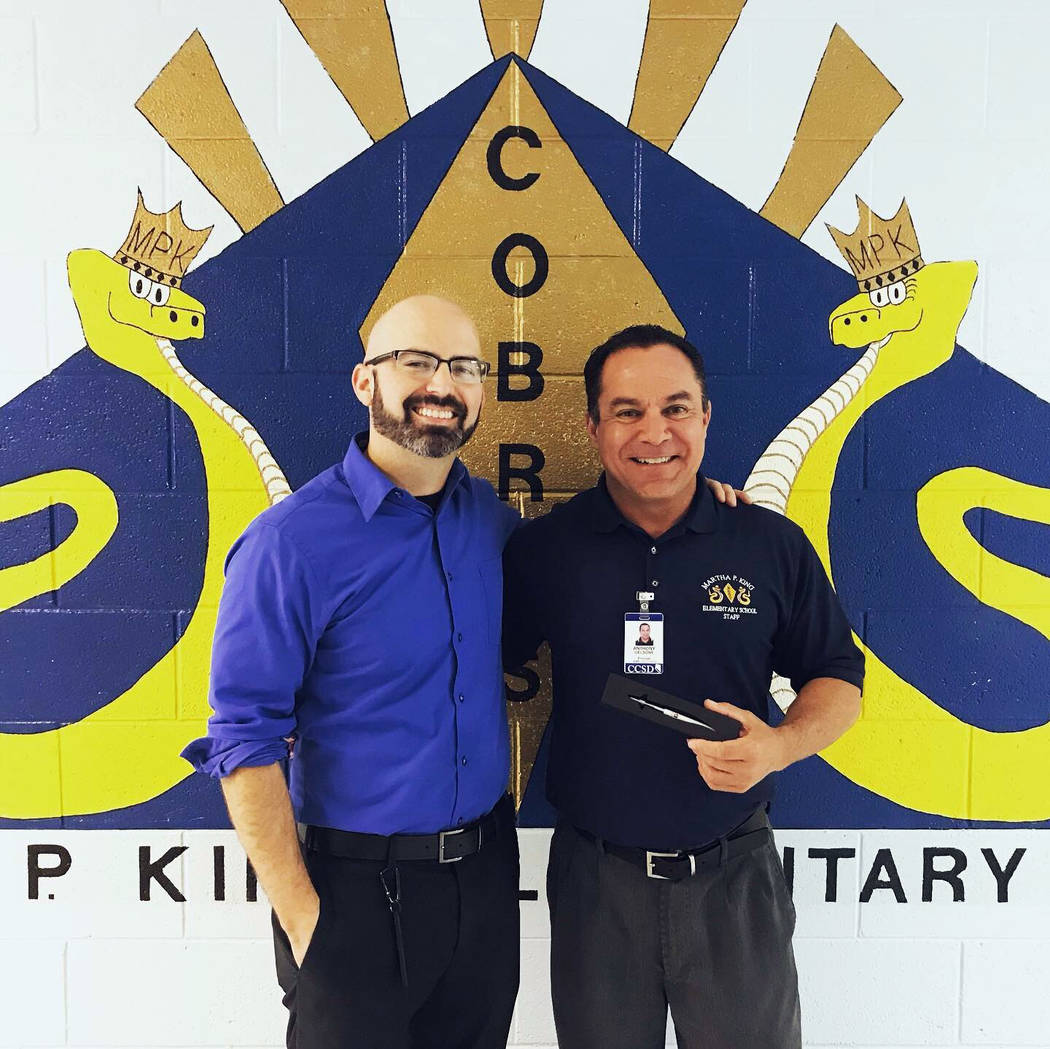 The city’s historic past will blend with its present when Tara and Troy Bertoli open Boulder City Co. Store this summer.

According to Tara Bertoli, the establishment at 525 Avenue B harkens to the 1930s when Six Companies operated a company store for its employees working on Hoover Dam.

She said they will feature Boulder City-branded items that are similar to products used in the city’s early days, such as tin coffee cups and Mason jars. Also, logos and images that Bertoli researched in the Boulder City/Hoover Dam Museum will be featured on T-shirts, hats, towels, blankets and more.

“I’m trying to anchor the town and give it a brand,” said the woman, who was raised in Boulder City.

Some of the clothing in the store will be from the cooperative agreement she has with Brenda Schultz, who owned and operated Daisies in the Desert on Nevada Way. The shop recently closed, so Schultz could move into the Avenue B store, which is in the heart of the downtown shopping area.

Schultz said she will offer core essentials with “pops of seasonal flair.”

More than just a souvenir and clothing shop, Bertoli is inviting visitors to relax a bit with an attached coffee and pastry shop.

The shop will feature a variety of coffees, teas and blended drinks and a selection of pastries such as scones, croissants, quiches, brownies and doughnuts.

Tamara Barry will manage the coffee shop, and Bertoli said her husband, a family medicine doctor, is looking forward to serving as a barista on the weekends.

The coffee shop will feature outdoor seating, games and free Wi-Fi, she said.

In the back of the store is an event room large enough for classes, meetings and social gatherings, which Bertoli said she plans to rent.

To help give the store its historic look and feel, Bertoli has been collecting furniture and architectural pieces from the 1930s and ’40s that will be used for decor and displays.

Before the store opens, which Bertoli hopes to do in time for the July 4 Damboree, she is requesting that area residents collect canning jar lids, the rim and seal, and drop them in a box outside the store. She plans to use them as decor for the coffee counter, allowing residents and visitors to sign the lids before they are attached to the outside of the counter.

“We’re really excited and proud about being owners of downtown property,” Bertoli said.

Boulder City’s newest barber is focused on giving his customers a quality experience rather than just a haircut.

“I believe in quality,” said Tom Oravec, owner of Rockhouse Barbershop and Shave Parlor at 1404 Boulder City Parkway, Suite A. “I’d rather do one killer cut a day than 10 mediocre ones. It’s not about the money. It’s about quality.”

Oravec, or “Tommy Slick,” is a classically trained barber who has been working professionally for about five years. Before becoming a barber, he worked in a variety of trades including steel and pipefitting. He said he decided to change careers so he wouldn’t have to travel as much.

“I absolutely love this culture. … I’ve always loved cutting hair,” he said. “My wife said go for it. She’s had my back ever since.”

Oravec and his family recently moved to Prescott, Arizona, but are moving back to the Las Vegas area. When they lived in the valley, Oravec said they would regularly visit Boulder City and really enjoyed the town.

When he decided to open his shop, he knew he wanted to keep it small.

The shop is decorated in a rockabilly fashion with red walls and vintage art and furniture. Oravec also offers services for men’s hair including traditional and modern cuts, shaves and straight razor cuts and shaves.

He said he wants his customers have a cool experience, hang out for a while and have a beverage.

The future of the historic Browder building in downtown is a little clearer, but there is still much that is uncertain with endless possibilities.

Kelly Fox, who purchased the building with her husband, Dan Fox, owner of Fox Smokehouse Barbecue, said they don’t plan to open a restaurant of their own on site but intend to become landlords instead.

“We will restore it up to code and rent it out,” she said.

Kelly Fox said they expect the unit at the corner will remain a food establishment while the other two units could be “whatever.”

Pizzeria on the move

Vinny’s Pizzeria is moving from its current location to 1312 Boulder City Parkway, site of the former Anthony’s Trattoria.

The Italian eatery closed Sunday, May 26, and is scheduled to reopen Monday, June 3. The move coincides with Vinny’s seventh anniversary.

Desert Sun Realty and Fox Smokehouse Barbecue joined together earlier this month to show their thanks to the city’s educators as part of teacher appreciation week.

Staff from both businesses brought lunch to the teachers at Mitchell and King elementary schools, serving brisket, baked beans and macaroni and cheese.

Adding to the celebration is that the owners of both companies had or have children that attended the schools. Bret Runion, owner of Desert Sun Realty, attended Mitchell Elementary.

Fisher Space Pen, 711 Yucca St., recently gave pens to all of the teachers and staff at the four Clark County District schools in town in honor of Teacher Appreciation Week.

Wells Fargo, which operates a branch at 412 Nevada Way, announced recently that it has been named to the 2019 LinkedIn list of top companies, which honors the 50 most-sought-after companies in the U.S.

The list is derived from a score that blends factors such as interest in the company, engagement with employees, job interest and retention based on billions of actions taken by more than 610 million professionals on LinkedIn.

“We’re excited to be recognized as a LinkedIn Top Company this year,” said David Galloreese, head of human resources. “Being an employer of choice is one of our six company goals, and receiving this honor is a reflection that, through the action of our team members every single day, we are making progress in that journey.”

As part of its efforts around team member engagement, the company raised the minimum hourly wage, granted stock rights and increased the number of annual holidays.