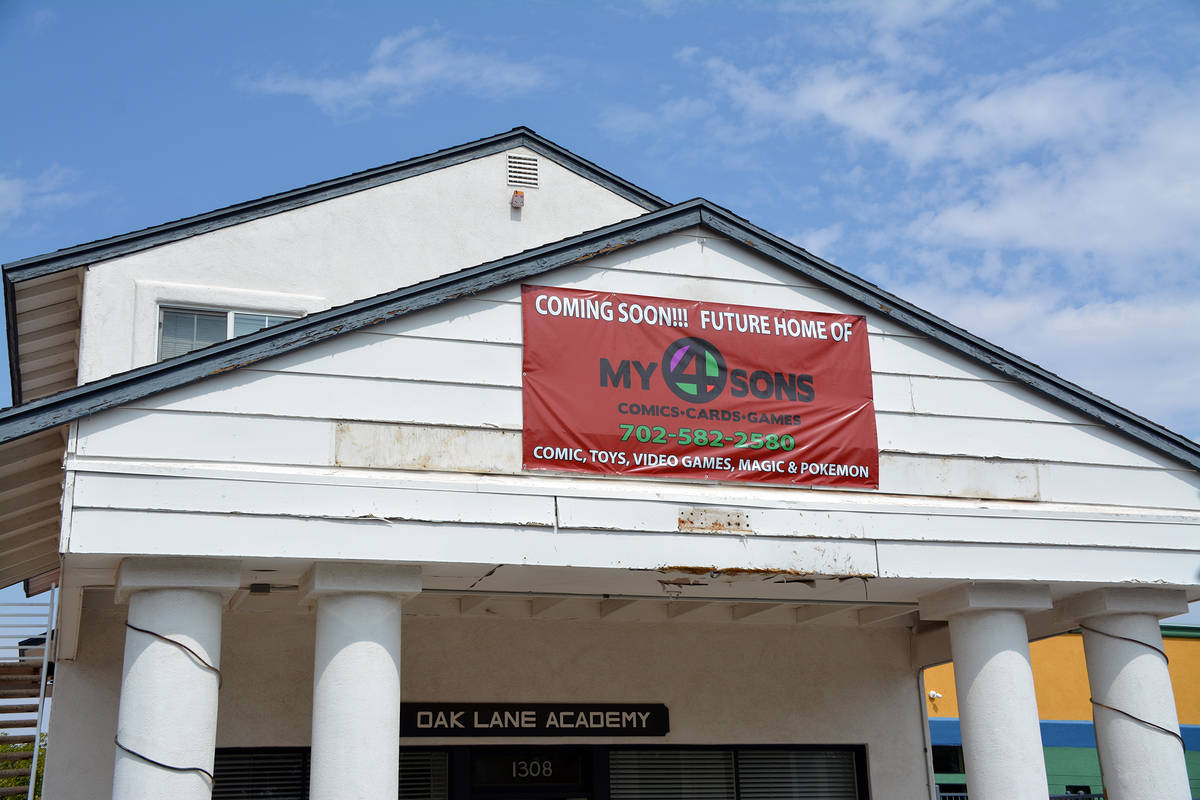 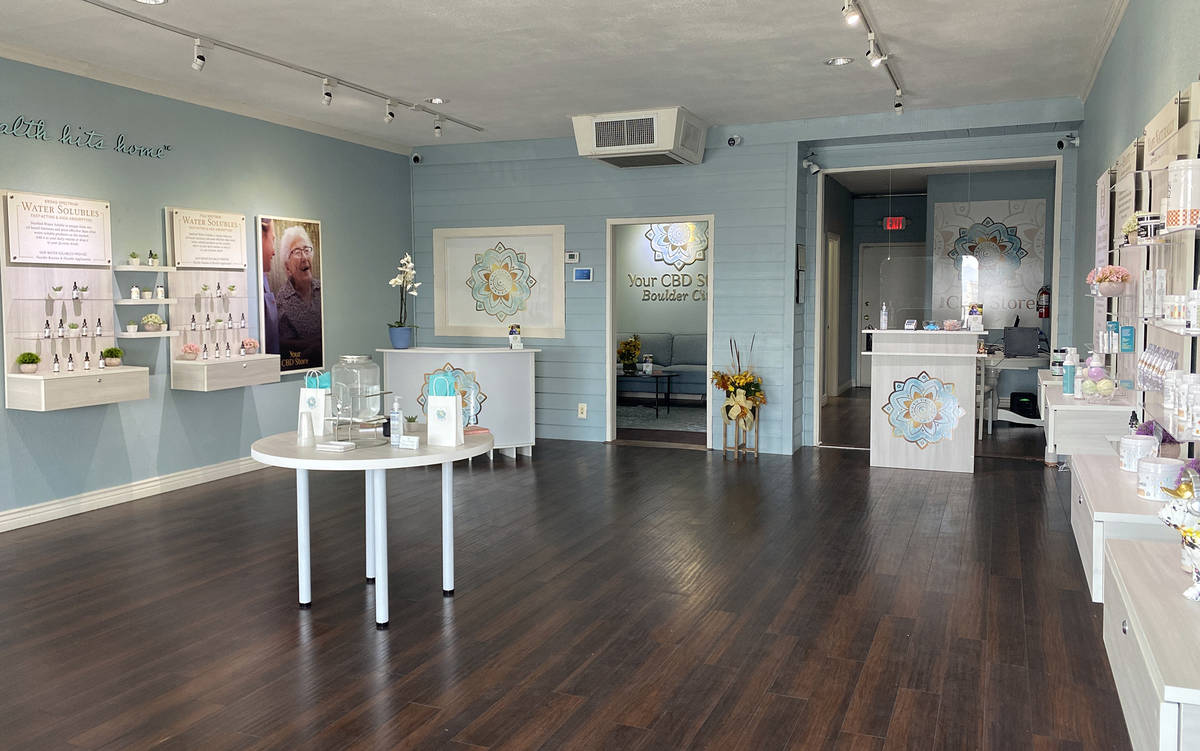 Your CBD Store The owners of the city’s Kangen water store recently expanded their business and opened Your CBD Store at 1408 Boulder City Parkway. It is open seven days a week. 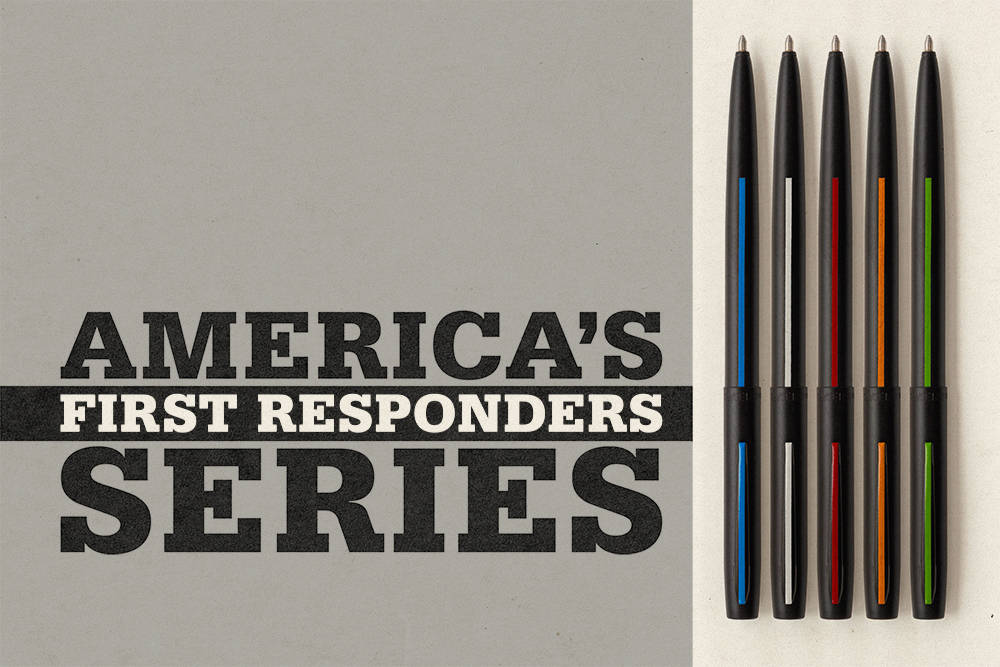 (Fisher Space Pen) Fisher Space Pen’s new First Responder Series honors and benefits those who serve the nation as a portion of sales from the pens will be donated to charities representing those professions.

A small business is taking a big step forward and moving into a new location in downtown Boulder City.

My 4 Sons Cards, Comics & Games opened just over a year ago on the outskirts of town and is currently moving into the former Oaklane Preschool Academy building at 1308 Wyoming St.

“We’re stoked about moving down there,” said owner Mike Collins.

Collins said he had been wanting to move his business from its location at 1646 Boulder City Parkway to downtown so that it could be in an area with more foot traffic and within walking distance of the local schools.

“There is no foot traffic at the current store,” he said. “A lot of kids can only come on Saturdays when their parents can drive them.”

One area of the new store will be a dedicated space for card games, and Collins said he is also planning to open an arcade with retro systems. Despite business being slow because of the pandemic, Collins said when the owner of the building reached out to him about the possibility of renting it he couldn’t refuse.

“It’s a big step forward for us because it’s a little slow right now,” he said. “We couldn’t wait six months until it picked up. The building wouldn’t have been available.”

Collins said the owner approached him after the previous tenant backed out.

The owners of the city’s Kangen water store recently expanded their business and opened Your CBD Store at 1408 Boulder City Parkway.

“We had CBD at the water store and saw a lot of people coming in for items to help with pain relief. … We want to help,” said Brian Nguyen, son of the owner, Steve Ngoc Nguyen.

Nguyen said area residents would have to go to Henderson or Las Vegas to get CBD items to help with pain, and his family wanted to provide more products locally.

“It’s better for the community because they don’t have to drive too far,” he said.

Your CBD Store offers a wide range of hemp-derived products, including creams, oils and edibles.

The matte black pens feature a bright color stripe, each representing a different profession. White is for emergency medical services workers; green for Forest Service and Conservation personnel; orange for search and rescue personnel; red is for firefighters and blue is for law enforcement officers.

Additionally, Fisher Space Pen is donating a portion of sales from the series to corresponding charities:

“We owe a debt of gratitude to the men and women on the front lines through this difficult time,” said Matt Fisher, vice president of the Boulder City firm. “Our First Responder Series represents our efforts to contribute to our nation’s brave first responders who sacrifice so much.”

Fisher Space Pens were created for use by astronauts in space and have flown on every NASA-crewed space mission since Apollo 7, including the recent SpaceX Crew Dragon Mission to the International Space Station.

Boulder City’s CVS, 1017 Nevada Way, is one of 24 in the state now offering drive-thru test sites.

According to the company, this expansion is part of an ongoing effort to increase access to testing and help slow the spread of COVID-19.

The self-swab tests are available for free to individuals meeting Centers for Disease Control and Prevention criteria. Patients must register in advance at www.CVS.com to schedule an appointment.

When arriving for testing, patients are asked to follow signage or the instructions of the staff on site.