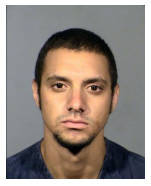 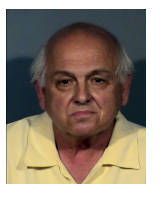 The Boulder City Police Department arrested 13 people following a monthlong investigation into the burglary of a home on Cheyenne Court.

On June 2, while searching several motel rooms and residences, police recovered multiple stolen items, including jewelry, and seized about 20 grams of methamphetamine and 3 grams of heroin.

The investigation revealed that several local residents were involved in the burglary as well as the destruction and sale of stolen property, including multiple firearms.

Additionally, they identified several members of a retail theft ring that operated mainly out of Las Vegas and Henderson, and recovered items believed to have been stolen.

“The size and impact of this group is surprisingly large for a community our size, but our investigators spent a good deal of time working on leads to find as many conspirators as possible,” said Chief Tim Shea. “Interestingly, two of the suspects were identified after they appeared on city social media after surveillance cameras caught them stealing a credit card from an elderly resident. Our community stands strong against these criminal enterprises.”

In May, Brian Reynolds and Robert Cristo were identified as the main targets of the investigation, and officers determined they were responsible for distributing the stolen property to others to be sold or pawned.

BCPD investigators continue to identify suspects from additional criminal activities and are working with investigators from the Henderson and Metropolitan police departments. While the main suspects were located in Boulder City, additional suspects from neighboring communities may be involved in the retail theft ring, according to a press release issued by Boulder City police.