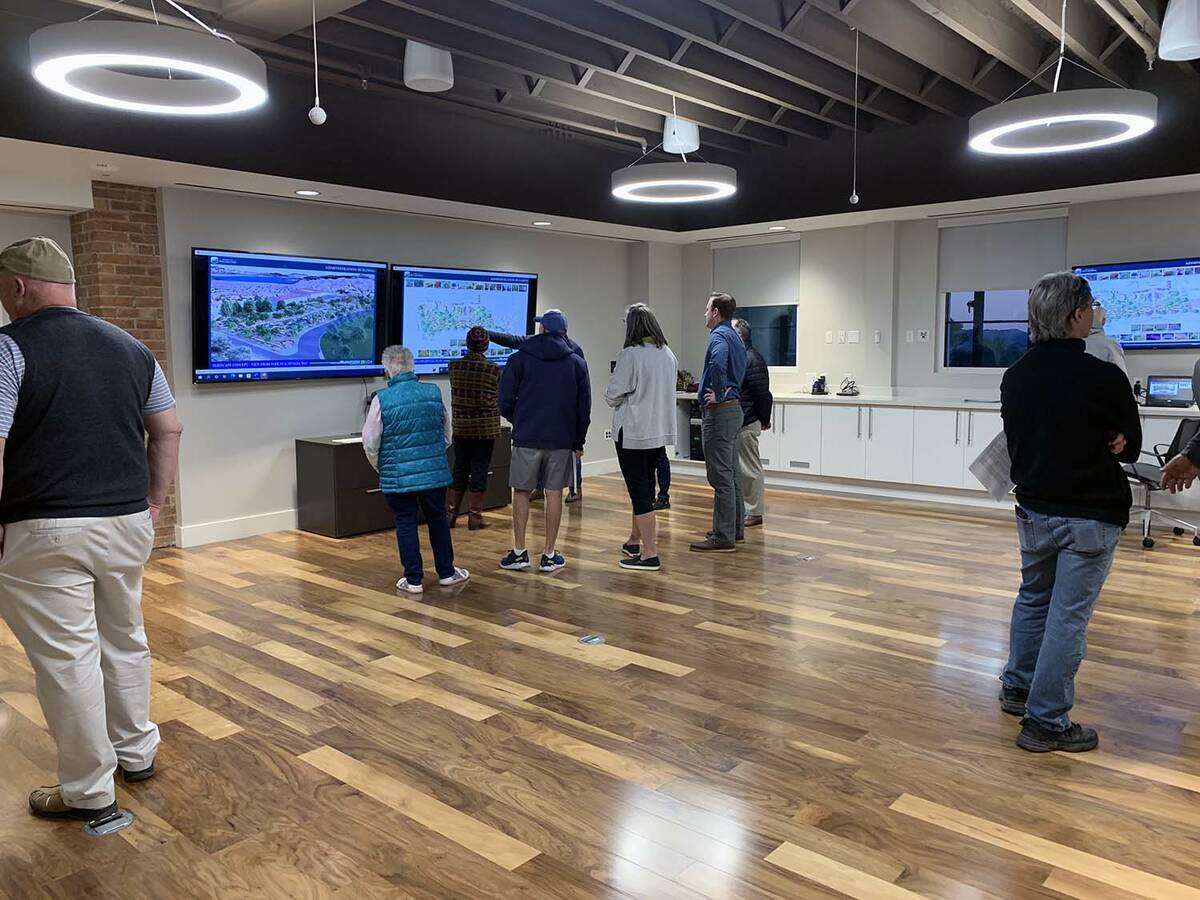 “While this area has done a really good job of developing means and methods to recycle water and reduce water, this is the desert,” said Tonya Hart, regional engineer of the bureau’s Lower Colorado Basin Region. “To expect this resource to be around forever is not the best approach.”

Hart said the bureau’s goal in hosting the open house was to “let the community see what we are planing for our admin lawn and give them an opportunity to provide comments, insight and an open discussion.”

Doug Hendrix, public affairs specialist for the Lower Colorado Basin Region for the Bureau of Reclamation, said it important for the bureau to set an example as it encourages water conservation amid the 20-plus year-long drought that has affected the West.

Alan Goya, a longtime resident and former member of the city’s Historical Preservation Committee, admits that the bureau is in an “awkward situation,” but said he was shocked “by the reality of what was about to happen,” after viewing the proposed xeriscape design at the open house.

“Like the reflection pond at Lincoln Memorial in (Washington,) D.C., the lawn is integral to the design and part of the vision of the first planned community developed by the government,” he wrote in comments sent to the Bureau of Reclamation.

He also cited the train loads of soil brought to Boulder City from Kentucky so that grass could grow in the desert, which was part of the design and vision of city planner Saco Rienk de Boer.

Keeping in mind the parcel’s historical significance, Hendrix said representatives from the bureau will meet with the city’s Historic Preservation Committee on Nov. 29.

Cassie Grimes, lead landscape architect with SLA Land Architects, said the plan, while not yet finalized, will include a mixture of native and non-native blooming and evergreen plants so there is something of interest throughout the year.

Hart pointed to Boulder City as a good example for other communities to look to.

“This area has done a pretty good job of developing, anticipating and putting recycling processes in place to capture a lot of the internal use water,” she said. “That is an example that I think the West can learn from.”

Once the contract is approved for construction, the new xeriscape concept will be completed in mid-to-late June.

Xeriscaping is the practice of designing landscapes to reduce or eliminate the need for irrigation so little or no water beyond what the natural climate provides is necessary. According to Hendrix, removal of the lawn is expected to save approximately 3 million gallons of water.

Hart said the Bureau of Reclamation is welcoming comments by email at ReclamationXeriscapeBC@usbr.gov until Dec. 1 and “will be considering those comments as the design moves forward.”

Hart oversees and provides direction for the region’s engineering activities in Arizona, Southern Nevada and Southern California. Additionally, she oversees the operations and maintenance of reclamation’s Boulder City campus.

Hart served as a supervisory civil engineer in the Geotechnical Services Division of the Bureau of Reclamation’s Technical Service Center in Denver, Colorado, before accepting her current role in July 2021.