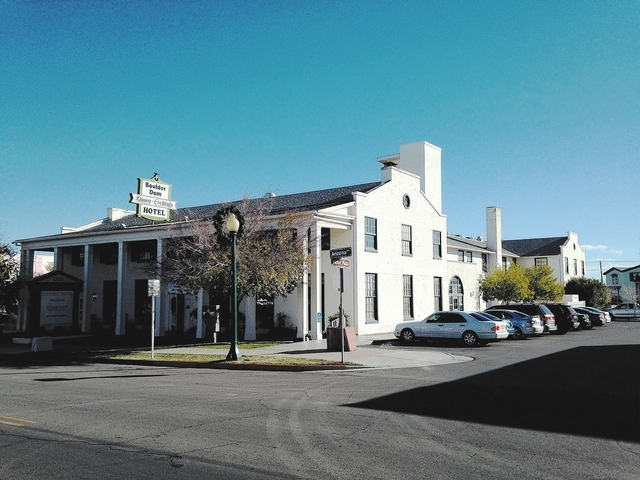 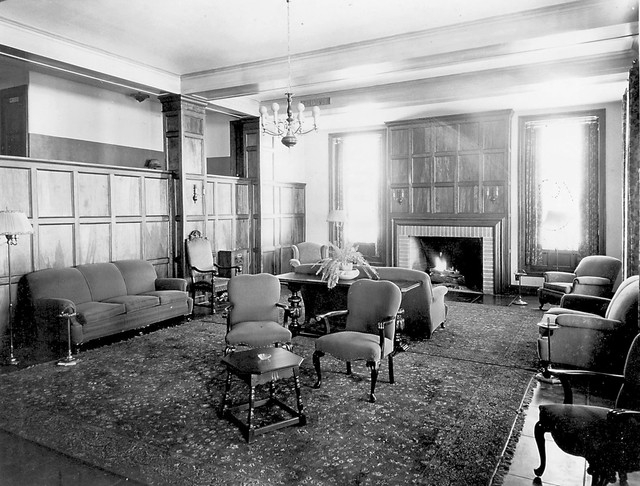 It’s had a long, hard life, but the Boulder Dam Hotel will celebrate its 80th birthday Saturday.

The casual, public celebration will take place from 5-8 p.m. in the hotel lobby, and will feature music from local pianist Charlie Shaffer, light refreshments and plenty of birthday cake.

Additionally, from 4-8 p.m. Saturday, dinner will be served at The Restaurant at the Boulder Dam Hotel, which has only served breakfast and lunch in recent years.

“The most important part (of the celebration) is The Restaurant at the Boulder Dam Hotel is serving dinner,” Boulder City Museum and Historical Association Director Bret Runion said. “We haven’t done that for quite a while.”

The property is owned by the museum, which is inside the hotel.

Rena and Dave Cole, who lease and operate the restaurant, said they have been asked “several million times” if they served dinner and the birthday celebration is the perfect opportunity for its debut.

“It just seemed appropriate to do it during the birthday of the hotel,” Rena Cole said. “We didn’t have anything to give the hotel, and people have been asking for dinner.”

After Saturday’s celebration, the restaurant will be open Tuesday through Saturday from 4-8 p.m. and will have a “classic” menu, Rena Cole said.

The two-story, 33-room colonial revival-style hotel was built in 1933 by Paul Webb, a businessman who came to Boulder City from Los Angeles to build houses for Hoover Dam workers.

The hotel opened with a two-day gala Dec. 15 and 16, 1933. “Nothing like it had ever been held in Las Vegas, whose fame would not eclipse Boulder City for another 20 years,” wrote Dennis McBride in his 1993 book “Midnight on Arizona Street: The Secret Life of the Boulder Dam Hotel.”

Throughout the 1930s and into the 1940s, the hotel was a glamorous destination for guests such as actors Will Rogers and Shirley Temple, Bank of America founder Amadeo P. Giannini, conductor Leopold Stokowski, Mexican President Pascual Ortiz Rubio and the Maharajah of Indore, India, rumored at the time to be the richest man in the world. Howard Hughes stayed at the hotel for an extended period after an airplane accident on Lake Mead.

But following a chain of events that included a damaging partnership with a local tour operator, Webb leaving the hotel and the death of a principal investor, the hotel was put up for sale in 1946.

For the next 60 years, the hotel was bought and sold multiple times by optimistic owners who simply could not make it profitable.

“It seemed everyone who got involved in it, got right back out again,” Archie Groft, who had a stake in the hotel from 1960 to 1961, told McBride.

Susan Simmons, an assistant manager at the hotel in the 1980s, explained to McBride why the hotel is able to attract so many investors.

“It seems to envelop you with its charm and everything about it,” she said. “You get so involved your judgment is clouded and you say, ‘The place has to work because I love it.’ ”

Despite millions of dollars spent on upkeep during the years, each time it changed hands “it got in a little worse condition,” Runion said.

In 1982, the hotel was added to the National Register of Historic Places. But the following year, the city condemned the building because of a storm-damaged roof, which allowed rain to leak in and chunks of plaster to fall from the ceilings.

After changing hands numerous times in the 1980s and twice in 1990, the city closed the hotel for fire code violations in 1991.

The museum took control of the property in 2005, and with it a nearly $800,000 mortgage. A second loan in 2008 for a restaurant renovation added to the museum’s debt.

With the same financial problems many previous hotel owners had, in 2009 the museum approached the city and requested Redevelopment Agency funding to help with the mortgage payment. The RDA Board denied the request.

Faced with closure, an anonymous donor gave the museum $250,000, allowing it to stay open for another year.

But in 2010, the museum again approached the city to request redevelopment funding, and this time was awarded $47,000 to help with operational expenses.

Last year, the museum again asked for assistance, this time retiring the mortgage, and was granted an interest-free redevelopment agency loan of $300,000. The loan will be incrementally forgiven each year until it is entirely forgiven in 2029.

The museum’s debt is paid down to about $350,000 and Runion said he believes additional fundraising will have it paid down to $200,000 in a year.

Additionally, the hotel and restaurant operations are both profitable, Runion said.

However, Runion said there is still work to be done, and the museum plans to request funding from the city on an annual basis.

“The big problem now is maintenance. The roof, electric, plumbing … serious things,” he said. “It’s one thing to operate a hotel, its another to preserve this historic building.”