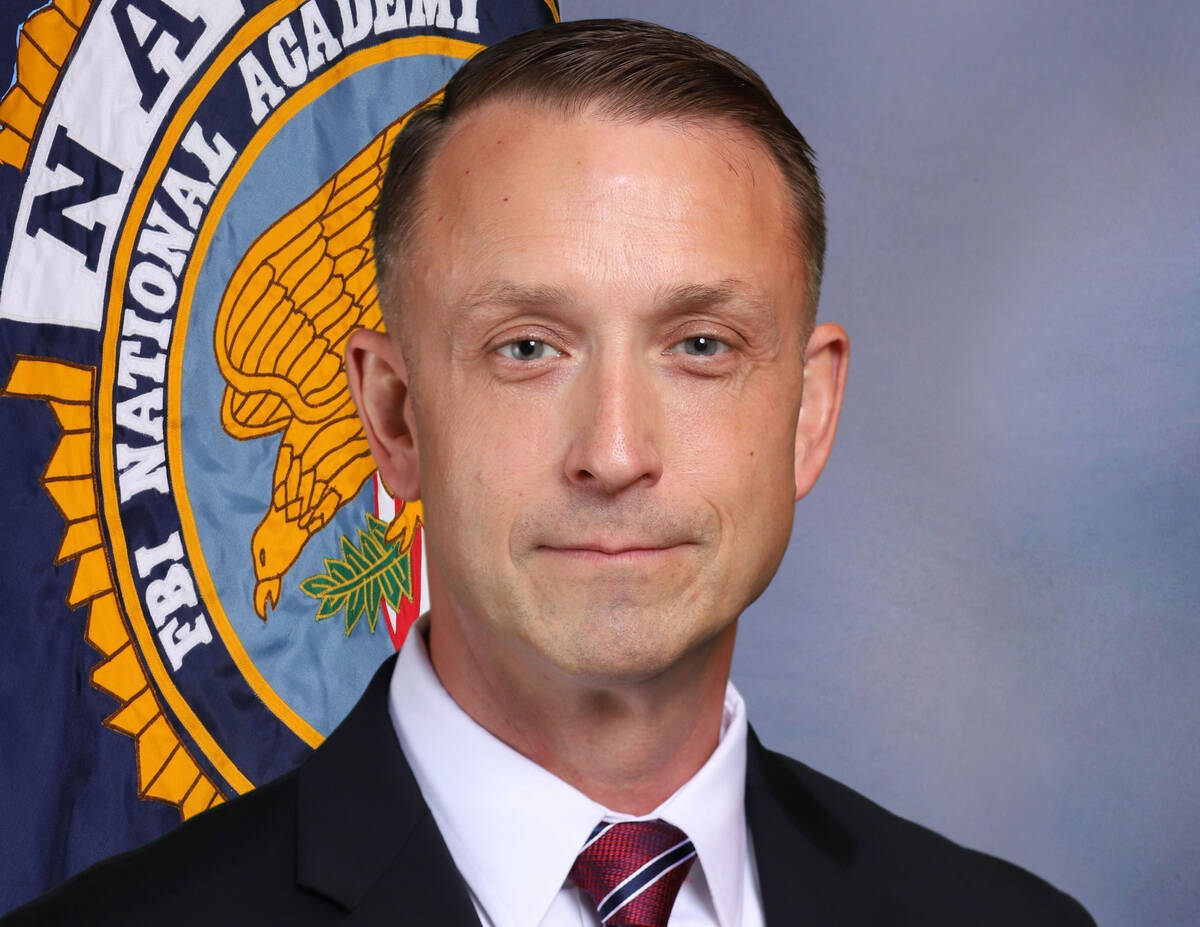 The 10-week course, designed for law enforcement executive officers, provided him with advanced training that Johnson said he is eager to put to use in the community. Key among those was the ability to “bounce ideas” off his classmates.

“Even this morning I’m getting questions on how to handle something and within 15 seconds we had 20 responses,” he said Monday. “What that does for Boulder City is provide a quicker response to community issues.”

According to the academy, it offers classes in intelligence theory, terrorism and terrorist mindsets, management science, law, behavioral science, law enforcement communication, and forensic science during each session.

Johnson said his class featured about 260 law enforcement executives from 26 countries, along with representatives from four military organizations, and nine federal and civilian agencies. Meeting them and being able to engage in conversations was something he said he truly appreciates. Not only did they discuss aspects of their jobs, but he was able to talk with people from Latvia, Bosnia and Croatia about global issues such as how they are dealing with Russia’s invasion of Ukraine.

In addition to the networking, Johnson said the academy included an academic portion, which was like going back to college — late-night library sessions and 20-30-page papers included — and a physical portion, which focused on health, wellness, nutrition and exercise.

He said the latter aspect, making time to make sure you are physically and mentally healthy, is often missing among those in his field and he hopes to implement some of what he learned at the police department.

Johnson said attending the academy was a once-in-a-lifetime opportunity and will help him advance his career locally and nationally.

“It was a milestone for me,” he said, noting there is an almost two-year wait to attend the academy.

Training is provided by FBI Academy instructors, special agents and other staff with advanced degrees. Many of the instructors are recognized internationally in their fields.

FBI Director Christopher Wray delivered remarks to the class at its graduation in late June.

All attendees must be nominated for the course by their departments and be accepted.

“Policing today is challenging, so having Commander Johnson’s leadership is important to the department and to our residents,” said City Manager Taylour Tedder. “I hope this rigorous training will help inspire others — especially our youth — in our community to consider careers in law enforcement.”

Although there was no cost to attend the academy, which is sponsored by the FBI, Johnson said his co-workers and family had to “pick up the slack and fill my shoes” while he was gone.

“Everybody made sacrifices for me to go. I’m so grateful for that,” he said, adding that being away from his family for so long was difficult.

Upon completing the academy, Johnson earned 15 graduate level credits from the University of Virginia.

Another aspect of attending was making a commitment to spend at least another three years serving the community.

Johnson has been with the Boulder City Police Department since 2006 and was promoted to the second highest rank within the department in 2021.