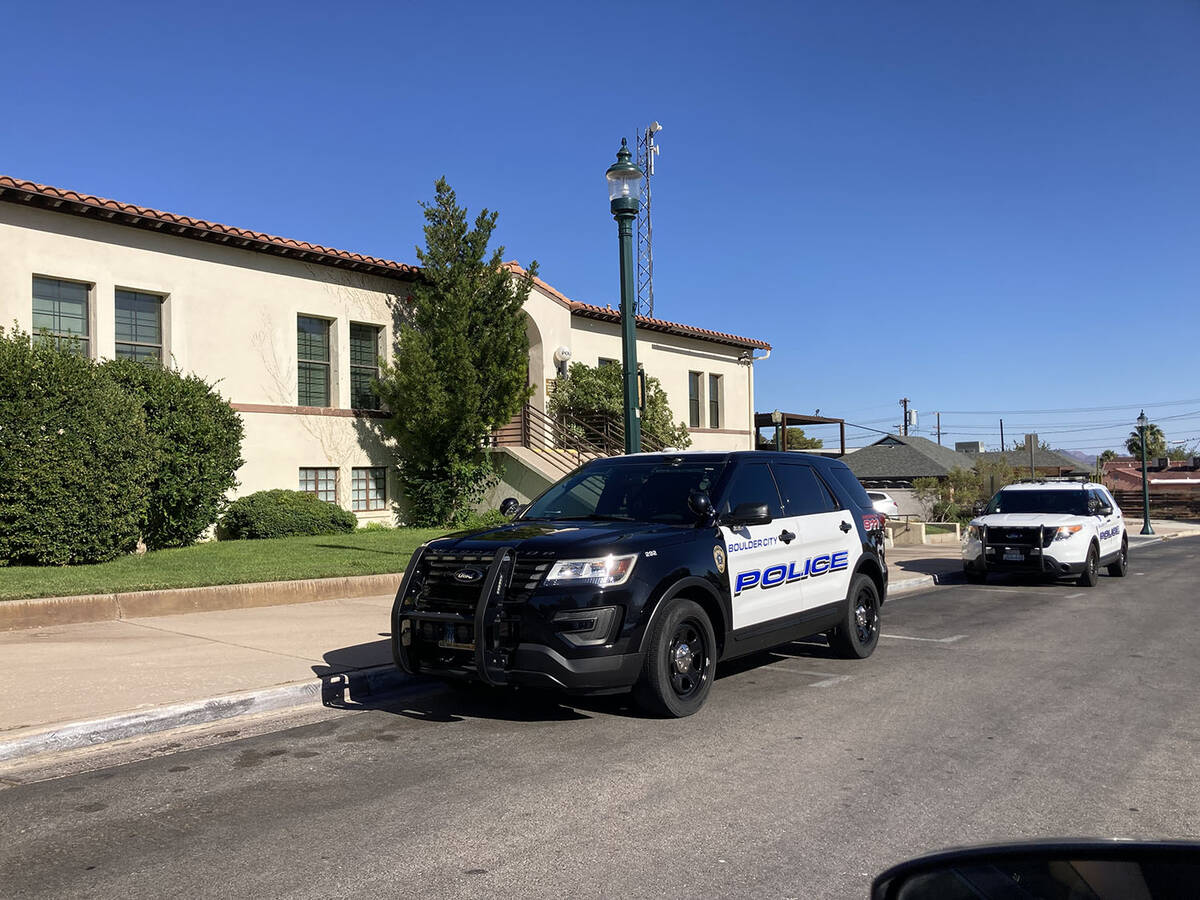 (Owen Krepps/Boulder City Review) Boulder City Police Department has 22 patrol vehicles that date from 1999 to 2015 that need to be replaced. A bill is working it's way through Congress that will provide funding to purchase and equip five vehicles.

Funding for the new vehicles will come from the 2023 Commerce, Justice, Science and Related Agencies funding bill, which Rep. Susie Lee voted to pass out of the full appropriations committee June 28.

Lee pushed for several provisions in the bill, including increased federal support for law enforcement.

“Local law enforcement officers put their lives on the line to protect us, and we owe it to them to ensure they have the resources they need to continue to protect our communities,” said Lee.

Funding for new training resources for events such as those with active shooters is also included in the bill.

According to City Communications Manager Lisa LaPlante, Boulder City Police Department has 22 patrol vehicles that date from 1999 to 2015 that need to be replaced in the near future. The city requested $400,000 to replace five of the vehicles and purchase necessary equipment such as sirens and lights.

“Our objective is to make sure all available officers are on the roads and visible to our residents and the thousands of visitors to our historic community,” said LaPlante.

The city will likely purchase electric vehicles. The cost-effectiveness and built-in features such as mobile data terminals that don’t require fuel, make the option attractive to the city.