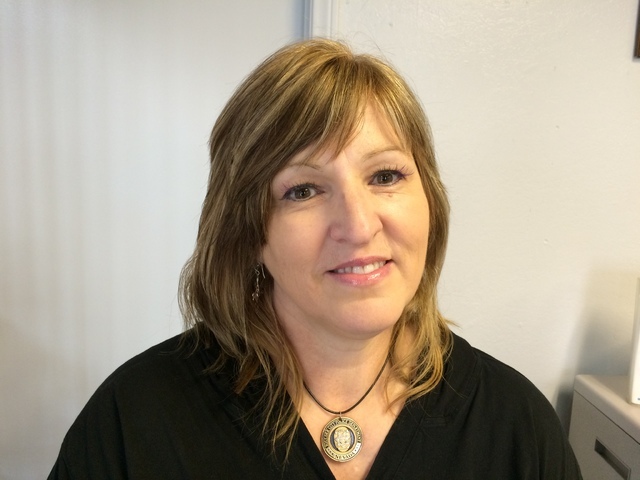 Boulder City Police are, once again, warning workers and residents of some pretty serious scams that are becoming more and more frequent. Please take an extra minute or two with your employees to warn them that at no time will a manager, district manager, corporate bookkeeper or anyone else call them on the phone during their work day and advise them of a super-secret investigation that involves them taking money from the business and giving it to a third party to catch someone in the act of some type of theft.

The most recent case also involves the employee being instructed to let the third-party take their own personal vehicle to deliver the money. It’s time to develop an action plan that involves calling a corporate office or responsible party with a predetermined phone number to verify any and all outrageous requests.

Many of the workers are young people just entering the workforce or others inexperienced with the lengths some people will go to defraud a business. It’s time to stop the bad guys in their tracks. If you have any question as to the validity of one of these calls, please call for an officer to come OUT and check things prior to giving any money (or your car keys).

On a related note, we have had several senior citizens fall prey to the Internal Revenue Service scams requiring a large sum of gift cards or cashiers checks be sent immediately to prevent harassment, arrest or retaliation. This is a scam. The IRS assures us they have no use for iTunes cards, don’t get their mail in Bolivia, nor do they give previsit warning calls when they come to audit or collect.

Sept. 8 Suspicious: Reports of a suspicious vehicle in the parking area turns out to be an overtired driver resting for a few minutes before continuing on his way at 1:11 a.m. in the 1000 block of Nevada Way.

Drunk: The caller reports a man appears to be under the influence and is having trouble walking at 3:33 p.m. in the 700 block of Eighth Street.

Thought for the day: Hope that an intoxication level of almost triple the legal limit was enough to block out the embarrassment of needing an 88-year-old parent come provide transportation.

Sept. 9. Suspicious: Officers are called to check out a woman that appears unconscious at 6:11 a.m. in the area of Adams Boulevard and Gingerwood Drive.

Civil: A subject in the lobby wants to have an officer enforce an out-of-state custody order because that person does not want to pay the filing fee to have the order official in Nevada at 12:02 p.m. in the 1000 block of Arizona Street.

Thought for the day: Officers will do a civil standby only and will not interfere in another state’s ruling regarding custody issues.

Sept. 10. Recovered stolen vehicle: The people in the vehicle are shocked to hear their vehicle is reported as stolen but get to spend a night in Henderson City Jail and some extra time to recover from their dismay at 9:53 a.m. in the area of Hoover Dam Lodge.

Thought for the day: I’m very glad the statue doesn’t appear to have any damage and there was not a pedestrian near the fall zone.

Sept. 11. Wanted person: The subject with felony warrants is transported to Railroad Pass for a meet up with Henderson officers at 12:41 a.m. in the area of Adams Boulevard and Darlene Drive.

Assist: The resident asks for assistance in removing a subject that was allowed to stay a few days and will not leave at 2:06 p.m. in the 600 block of Valencia Drive.

Thought for the day: Just to remind you folks: It’s a dangerous proposition to bring someone you do not know into your home.

Sept. 12. Suspicious: The caller states the driver of a nearby vehicle is crying and talking about zombies and just sped toward the school zone at 2:50 p.m. in the area of Utah Street and Adams Boulevard.

Destruction of property: The owners want to report a window has been kicked in and the neighbors have a video of it at 11:27 p.m. in the 500 block of Avenue K.

Thought for the day: With the amount of surveillance videos these days you are likely to be memorialized in living color for your visit to court.

Sept. 13. Petty larceny: The homeowner allowed work in her residence and returned to find some pretty expensive items missing at 10:44 a.m. in the 1300 block of Stacey Lane.

Bad check: The private party sale of a vehicle nets some cash and a rubber check at 1:31 p.m. in the 1000 block of Arizona Street.

Thought for the day: Take time to lock up your valuables and make sure your contractors are licensed and bonded folks.

Sept. 14. Suspicious: The owner of the property claims there are people inside and the property is vacant at 7:53 a.m. in the 1300 block of Aspen Drive.

Auto theft: A person wants to report a vehicle stolen after an employee goes to California and doesn’t come home at 5:18 p.m. in the 600 block of Marina Drive.

Thought for the day: Many times civil issues can be the most tricky to handle.

Call of the week: Fight: Officers are dispatched to a construction area where they report two young men are fighting on the ground and another is filming it. Upon officers’ arrival they insist one was just trying to help the other get up and deny any altercation. Unfortunately, there is this little problem of the outstanding warrant … drat.