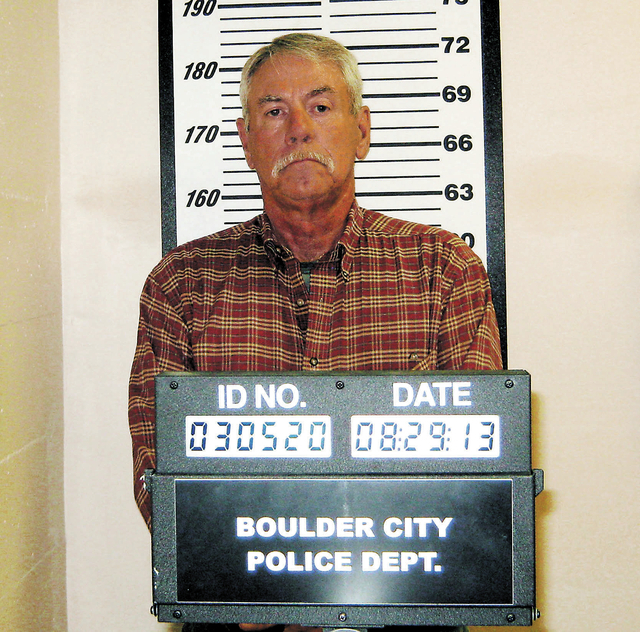 A trial date in the case was set for March 24 at District Court.

The 67-year-old Bennett was indicted by a District Court grand jury Oct. 30 on 24 felonies and 10 misdemeanor charges. He is accused of forcing sexual acts on five young female victims, including one minor.

About a dozen friends and family members appeared at Friday’s hearing to support Bennett, who has been in custody at Clark County Detention Center since a Sept. 24 arrest.

Bennett’s attorney, Damian Sheets, tried to leverage the support into a reduction of Bennett’s bail, which is set at $1 million.

“A great deal of community support has shown up for my client,” Sheets told District Court Judge Charles Thompson.

“Considering the allegations, I think the bail setting is a fair one until I at least see some evidence,” Thompson said.

Bennett is scheduled to appear again at District Court Friday at 9 a.m., where a judge will hear a separate motion to have the bail reduced, Sheets said.

He also is charged with an additional 10 counts of open and gross lewdness, a misdemeanor.

At the Oct. 30 indictment hearing, all five victims testified with allegations of incidents that date back to 2009 and occurred as recently as August.

The alleged incidents include inappropriate touching, rape and Bennett forcing a victim to perform oral sex on him while holding a gun to her head.

The victims claim the majority of the incidents occurred on the property Bennett leases at the Boulder City Horseman’s Association.

According to victim testimony, Bennett spent a lot of his time at the corrals, where girls would be allowed to ride his horses in exchange for help caring for the animals. He also sponsored girls for rodeo competitions.

“It’s been my client’s position he maintains his innocence,” Sheets previously said.

Bennett has lived in Nevada for 57 years, and at his Boulder City residence for 25 years with his wife of 43 years, Sheets said.