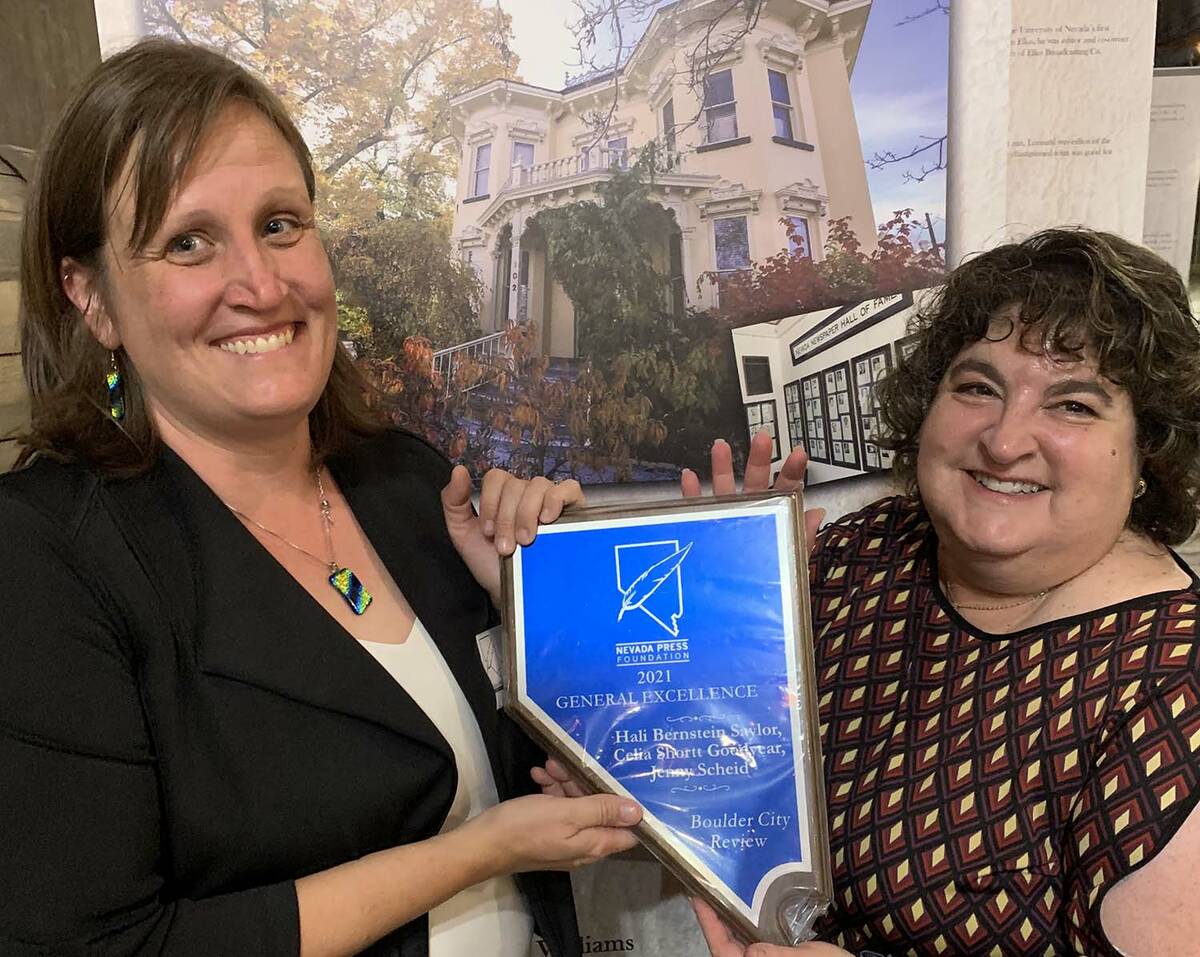 (Boulder City Review) Reporter Celia Shortt Goodyear, left, and Editor Hali Bernstein Saylor celebrate winning the top award for general excellence in the rural division of the 2021 Awards of Excellence contest that were presented by the Nevada Press Association in Reno on Saturday, Sept. 18. 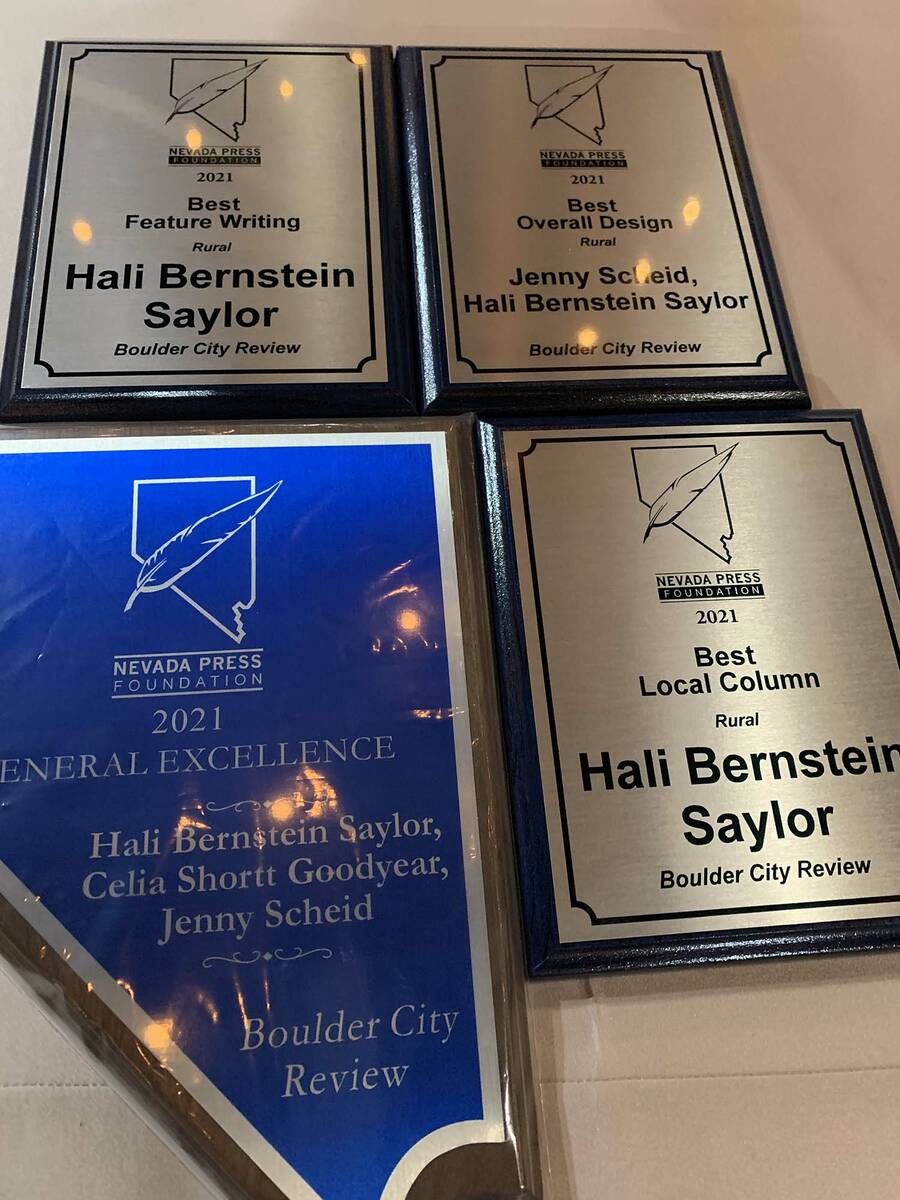 This is the third time in four years that the Boulder City Review has been recognized for general excellence.

“While it’s always nice to be recognized for your work, this year’s awards are especially meaningful for us,” said Editor Hali Bernstein Saylor. “As we and others dealt with the COVID-19 pandemic, we were constantly challenged by the fluidity of the situation, sometimes working around the clock to provide the most up-to-date and accurate news while working from home to keep ourselves safe.

“For me, the year was even more trying after a traumatic auto accident and personal injury,” she said.

Bernstein Saylor received first place in the local column, feature writing and headline writing categories. She also shared the first-place award for overall design of the paper with Jenny Scheid.

Bernstein Saylor’s column was called “a refreshing read” by judges.

“The author has a down-to-earth style that makes you feel she is talking to the average person, a lesson many wordsmiths have forgotten but could learn from reading her entries. I give her high marks for style, topic choices.”

Headlines were recognized for their “wordplay that pulls readers into the stories.”

Judges said the design of the front pages are “lively with strong visuals” and noted it’s “photo-driven index.” Additionally, they recognized section fronts as “simple but inviting” and the “lovely” headlines.

An article Bernstein Saylor wrote about local teenager Mallory Carvalho, who found hope and encouraged others to seek it after being diagnosed with a rare form of ovarian cancer, won first place in the feature writing category.

“The writing captured the reader’s attention throughout and it gave a good sense of the patient’s struggle without getting overly emotional. The resilience of this young woman came through, thanks to Hali’s creative approach and excellent writing. … all in all well done for turning this all-too-frequent story line into something new and different,” judges wrote.

Bernstein Saylor also won third place in the feature writing contest for an article about a retired firefighter who donated firefighting equipment to ranchers and volunteer firefighters as wildfires raged in nearby communities, which was singled out for its “good lead and nice writing.”

Judges call the photo a “well-captured moment of joy.”

Bernstein Saylor received second- and third-place awards for her portraits of Colston Crosson dressed as a fireman for the annual Trunk or Treat event and author Rhonda Gatlin.

The rural division includes all news organizations that serve rural areas, regardless of their size or frequency of publication. The awards, presented annually by the Nevada Press Association, recognized work produced between April 1, 2020 and March 31.

Members of the Montana Press Association judged this year’s contest.