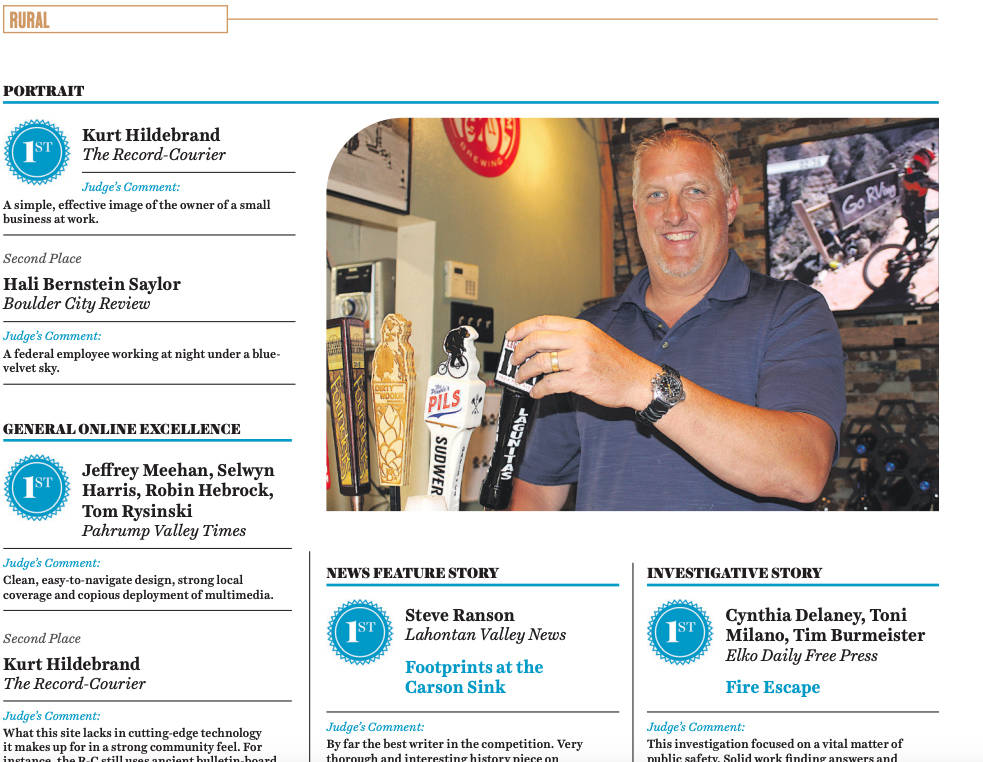 The Boulder City Review received five awards in the Nevada Press Foundation’s 2020 Awards of Excellence, which were announced online Sept. 24.

Judges said, ”Thanks to Hali Bernstein Saylor, her city’s colorful residents are brought to life for all to enjoy with this excellent collection. Her stories left me wanting to know more about Boulder City.”

“Simply put, this was a newspaper that I wanted to continue reading,” wrote the judges. “The design was intuitive, headlines were well sized/placed and photos were used well.”

Bernstein Saylor also received a second-place award for her portrait of a ranger at Lake Mead National Recreation Area setting up a telescope for an evening of star-gazing.

“Good comments from scouts and coaches. I hope he makes good,” wrote the judges about his piece.

Bernstein Saylor and Celia Shortt Goodyear received third place in the business feature story category for their look at the effects of Interstate 11 on Boulder City one year after it opened.

About the story, the judges wrote, “It’s always good to follow up on these kinds of highway projects and get some real-people reactions. Fine job.”

Journalists from Utah judged the competition.

“The quality of work submitted by Nevada newspapers this year was outstanding. We are honored to have been recognized by our peers for our efforts,” said Bernstein Saylor.