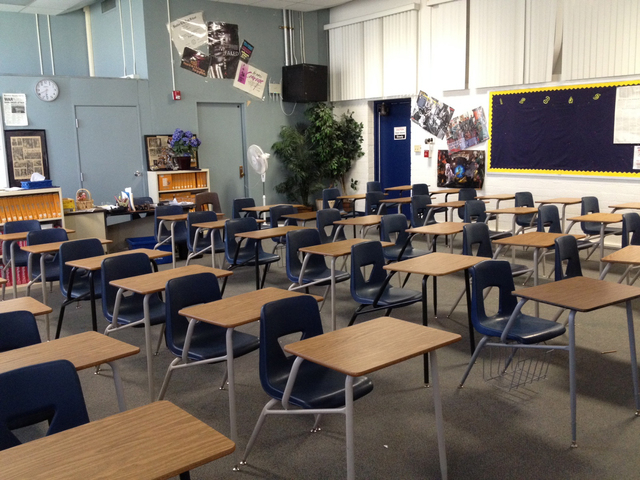 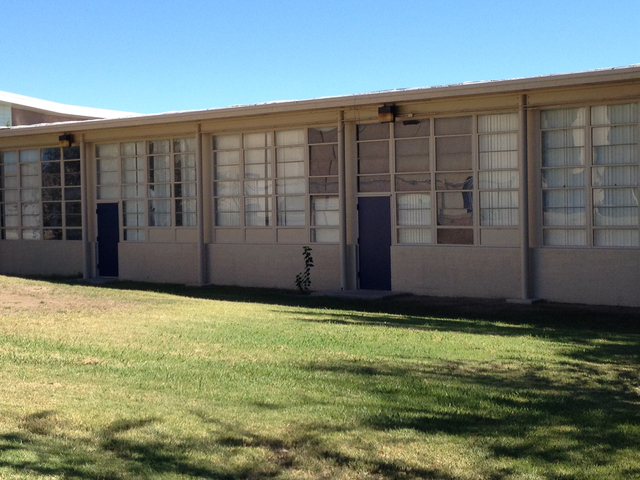 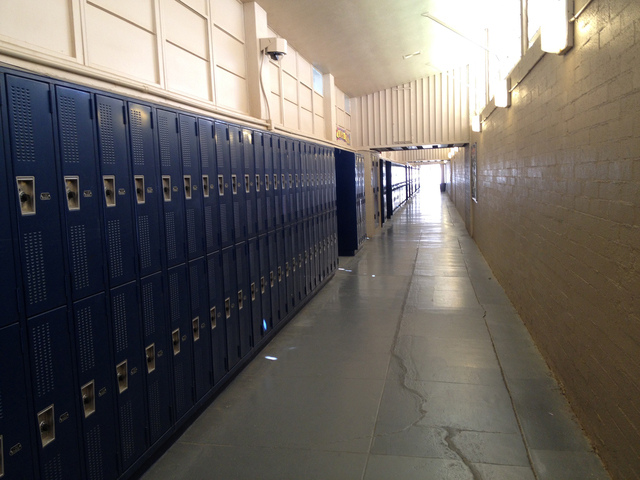 The committee passed a recommendation that would give Boulder City’s 65-year-old high school a $16.3 million classroom renovation as the second phase of its four-phase remodel.

Alumni and city officials showed their support and voiced their opinion for upgrades at the meeting. They emphasized that the school has continuously maintained a higher standard in Clark County, even without funding from the district.

Roxanne Dey, who graduated from the school about 30 years ago, was shocked to see how little had changed from the time she was in high school. She said she wasn’t the only one.

“Many grandparents from Boulder City went to that school, and it looks exactly the same. We’ve sat b,y and we’ve watched school after school after school get replacements and amenities while we haven’t,” she told the committee. “We respect our property and take care of the facilities and infrastructure. We have a lot of community support. So please don’t hold that against us that we made it last that long.”

Mayor Roger Tobler, a 1983 graduate, said not much had changed from the time his father graduated in 1953.

“It is time that we put some attention to Boulder City,” Tobler said. “Our community is very supportive of the kids in the school, and it’s time.”

Tobler said the city has always provided maintenance for the baseball and softball fields and never complained about not receiving any assistance from the district. He urged committee members to visit the school and check out the facilities.

“If you just came out and saw the conditions in the classrooms, you would see that these issues need to be addressed,” he said.

Although the new school year is only a month old, growing problems with the building’s old air-conditioning units forced a few teachers to teach outside.

Newly appointed Principal Amy Wagner said classrooms reached as hot as 85 degrees, and she received numerous calls from concerned parents asking what she was going to do about the inadequate learning conditions.

“We simply want what every other high school has,” Wagner said.

The district built Boulder City High School a gymnasium and library in 2004 as Phase One of the remodel. Since then, no other phases have been started, and the school was put on the bottom of the district’s list of priorities.

“They (the district) had decided that since they replaced a little bit of our school, we now fall into a new assessment,” said City Councilman Cam Walker, who provided the committee with a presentation of the school’s most pressing needs. “How can you do that? That is not accurate and reflective of replacing the classrooms in Boulder City.”

Clark County Commissioner Mary Beth Scow, whose district includes Boulder City, wrote a letter to Superintendent Pat Skorkowsky supporting Boulder City High School in its attempt to receive the upgrades. She told Skorkowsky the school “desperately needed” to have its remaining phases completed to bring it to standard.

Despite having classrooms that were built during the Truman administration, Boulder City High School still has one of the highest graduation rates in the district. After graduating 89 percent of its senior class during the 2012-13 school year, the school was designated as one of the district’s five-star high schools.

Committee member Charles Kabath asked how much it would cost to build a high school as opposed to fixing the current one in phases. District Chief Financial Officer Jim McIntosh said building a school could cost $80 million to $120 million.

The last two phases include a new performing arts center and major upgrades to all of the fields. But Walker, the main proponent for seeing the upgrades through, said the classrooms are the priority right now.

“We’re dealing with 1950s’ classrooms that weren’t even built by the Clark County School District,” he said. “The classrooms need to be improved. We’ll be here in 2016 to continue our support for the performing arts center, but it’s really about classrooms for the kids.”

If approved, classes would be taught in portables throughout the duration of the project, which could take about a year to complete. Although nothing is set in stone, Wagner is encouraged by the fact that the recommendation for the school’s much-needed upgrades is finally going to the Clark County School Board.

Even if students had to be in portables for a year, she said she doesn’t feel like any of them would fall behind.

“Teachers are still going to be teaching no matter where they are, even now when they had been outside teaching because of some of our issues,” Wagner said.

“We might just have an alternative classroom until the new phase can be built.”

The School Board will discuss the expense Wednesday and vote Oct. 9.

“I’m excited for our students, our staff and our community. This looks like it’s a win for Boulder City,” Wagner said. “There’s a lot of tradition in Boulder City, so I’m sure the students, staff and the community will be excited to see a facility that is equal to what everybody else is getting.”