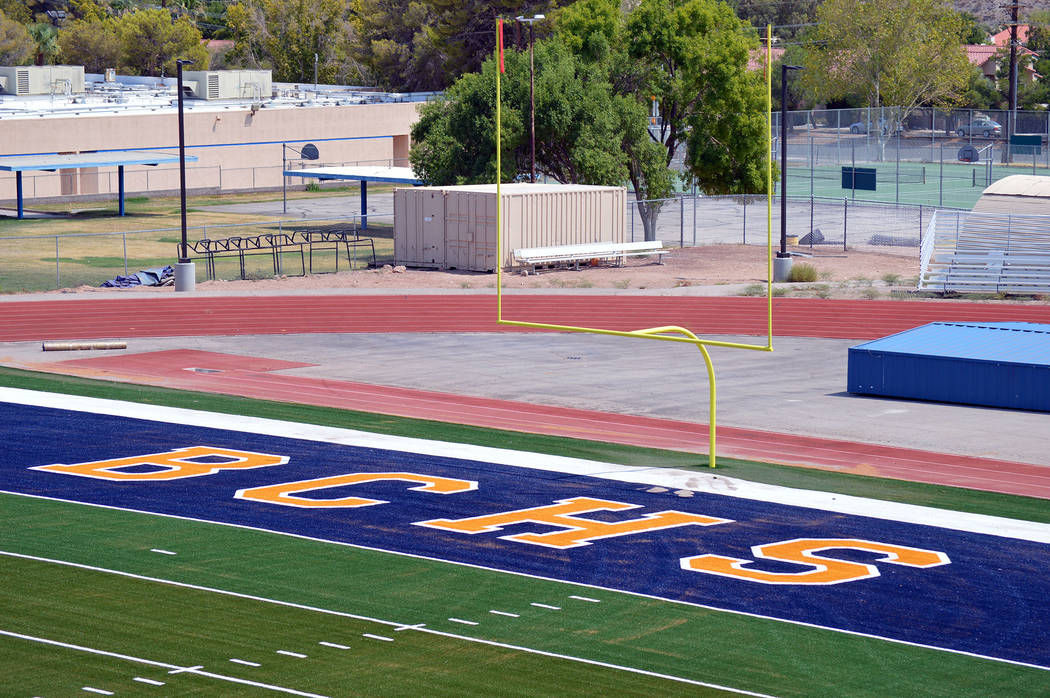 Boulder City High School recently received a grant from My LVTV and Thursday Night Lights for hosting a televised game on its brand-new, state-of-the-art football field.

After appearing on “Thursday Night Lights,” My LVTV, which televised the Eagles’ Sept. 20 game against Virgin Valley, put the school in the running for a $2,500 grant. Earlier this month, the school learned it will receive the grant and put the money toward renovating its weight room.

“All schools that hosted … were eligible to receive the grant,” said Daphne Brownson, BCHS assistant principal.

“Boulder City High School was honored to host a ‘Thursday Night Lights’ game to showcase our school, athletes and programs,” said Principal Amy Wagner. “We are very excited that we received the grant from LVTV to assist us in replacing the outdated equipment in our weight room.”

The improvements will include new flooring and paint as well as new equipment like medicine balls, kettlebells and dumbbells. Seven racks will also be installed, allowing students to complete individualized workouts.

Brownson said the estimated cost of the renovations is $30,000 and the money from My LVTV will be a good start to raising the entire amount.

She also is hopeful the school will get to play another “Thursday Night Lights” game.

“It is exciting to think we could have more opportunities to host ‘Thursday Night Lights’ in the future,” said Brownson said. “Especially with the positive direction our football program is heading.”

According to My LVTV General Manager Larry Strumwasser, the station just completed its 10th year of “Thursday Night Lights.” As part of the program, each year the station randomly chooses one of the schools to receive the grant that can be used in any way, he said.

“We like to get local rivalries where we can,” he said.