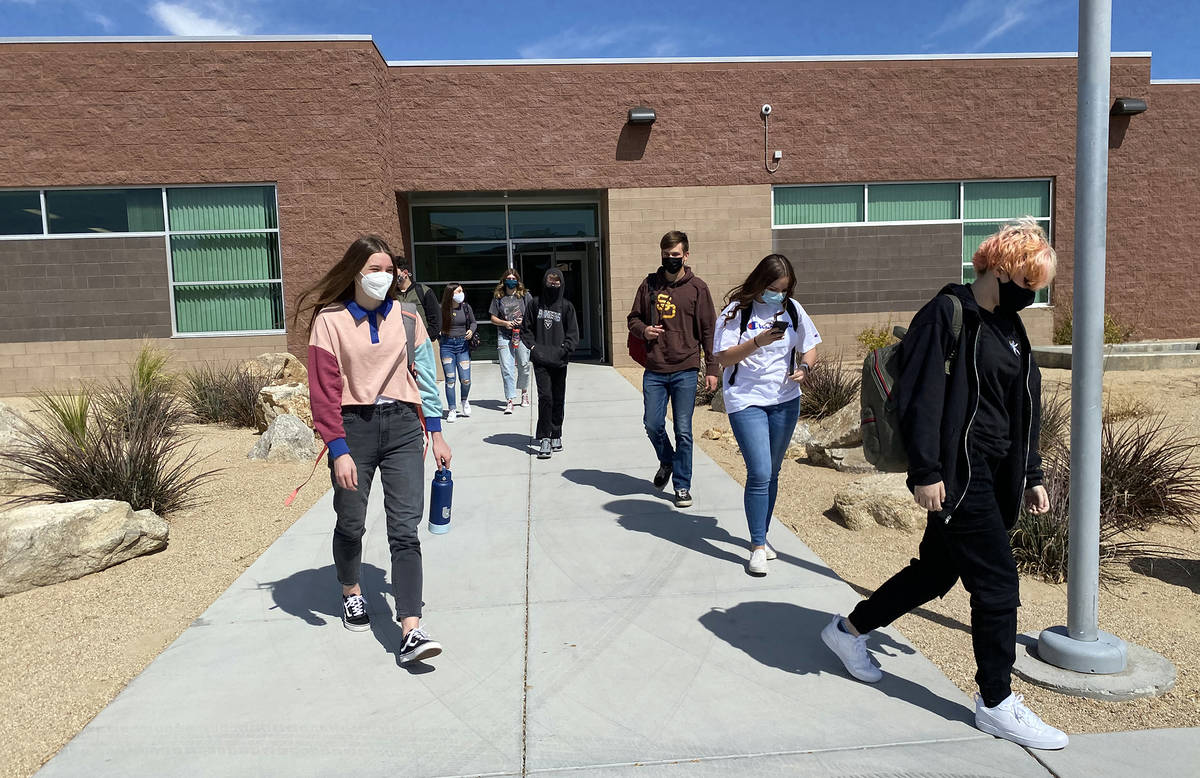 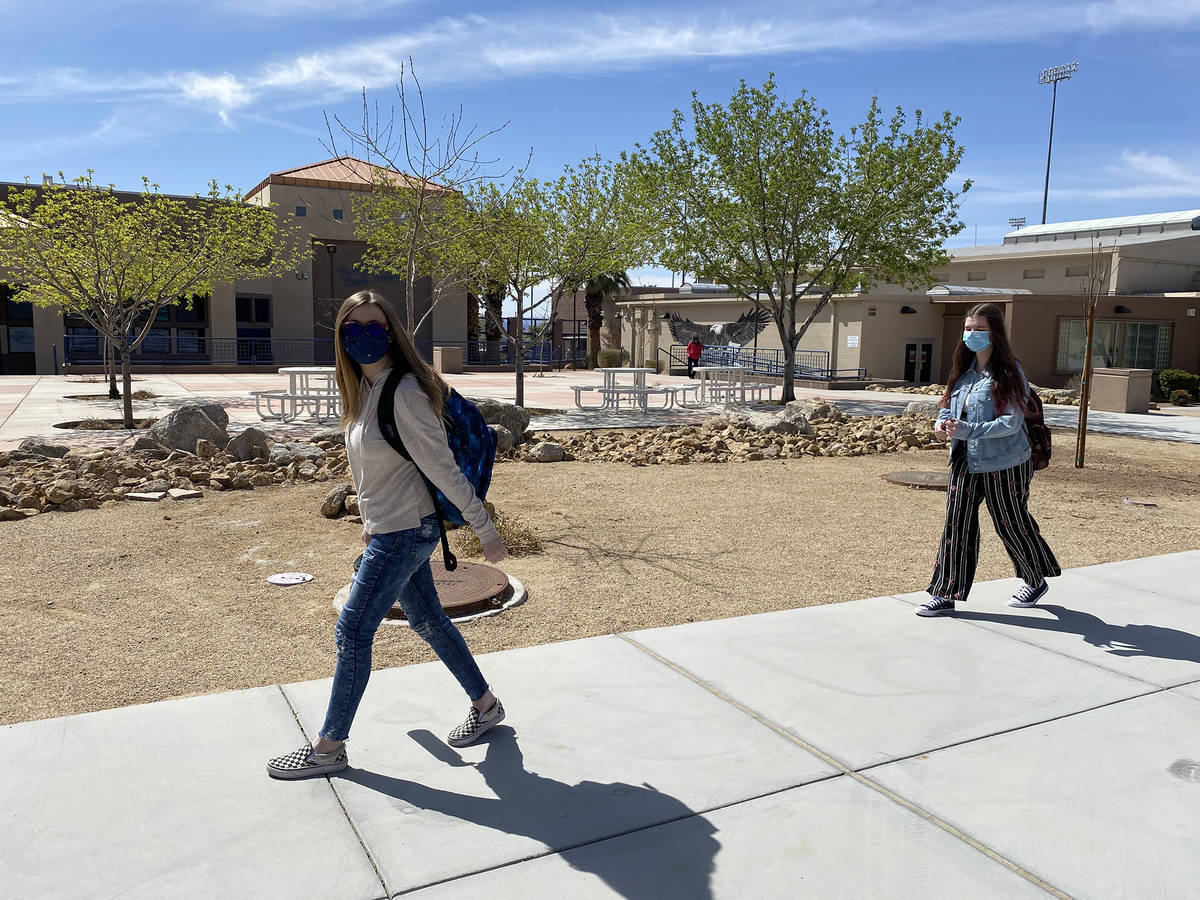 “Our first day back in the building with ninth and 12th grade students was great,” said Boulder City High School Principal Amy Wagner. “Students wore masks and followed the necessary health and safety guidelines. … The best part of the day was seeing faces of students instead of icons on a computer screen.”

These students were part of the second wave of the Clark County School District’s reopening with students in sixth, ninth and 12th grades returning to campus.

“The best part was hearing the voices of students and teachers learning together,” she said. “The teachers are rocking the whole hybrid instructional process and I am so proud of them. We had no issues today and it went so smoothly, which did not surprise me as the teachers have been preparing for this for a few weeks.”

The hybrid instructional model allows for two days of in-person learning at the school and three days of distance learning at home.

Wagner said there weren’t any issues Monday and the students who had not yet been issued a Chromebook “were quickly taken care of and everyone seemed excited to get back to school.”

The students in grades six and nine were given priority because they have yet to set foot on their campuses, CCSD Superintendent Jesus Jara said earlier in March when he announced the schools would be reopening. They will have a week to adjust before spring break, after which all students will return April 6.

“We are looking forward to having the 10th and 11th grade students back in the building after spring break,” Wagner said.

The Boulder City students were part of the approximately 14,000 older CCSD students in the county who went back to school Monday. They joined local students in kindergarten through fifth grade who returned to campus March 1.