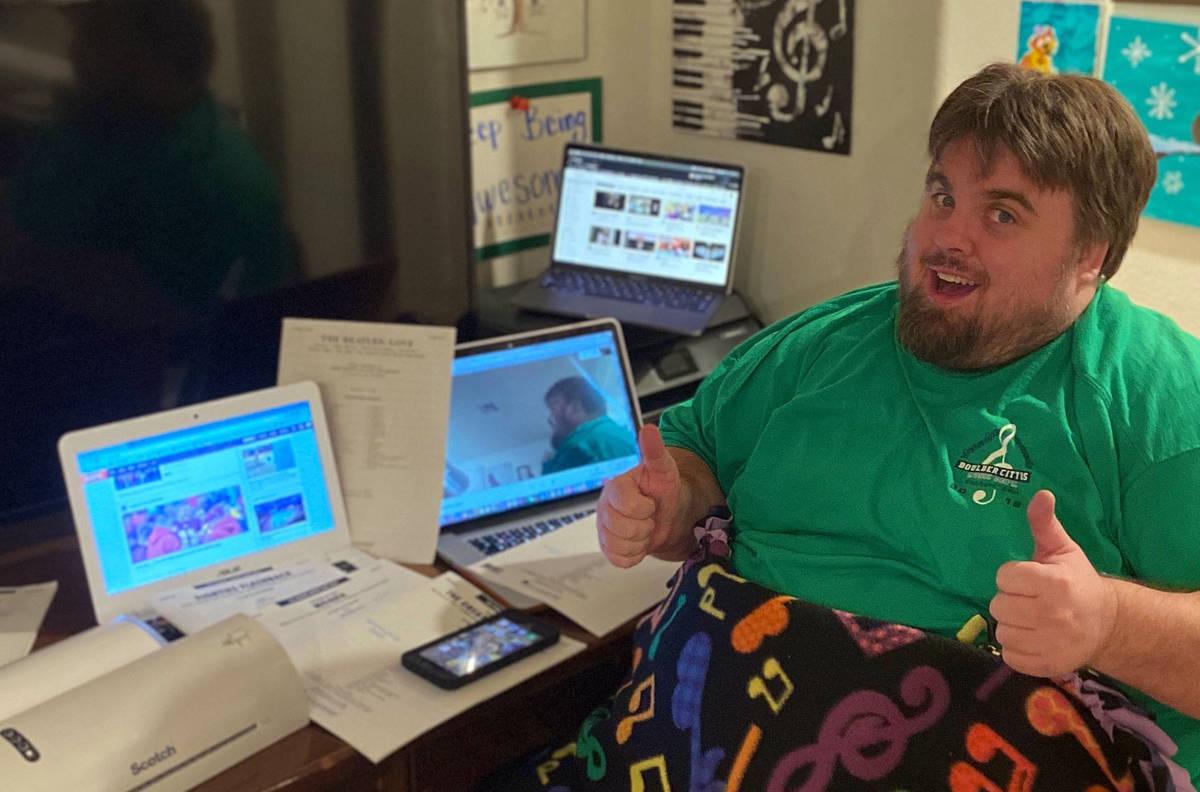 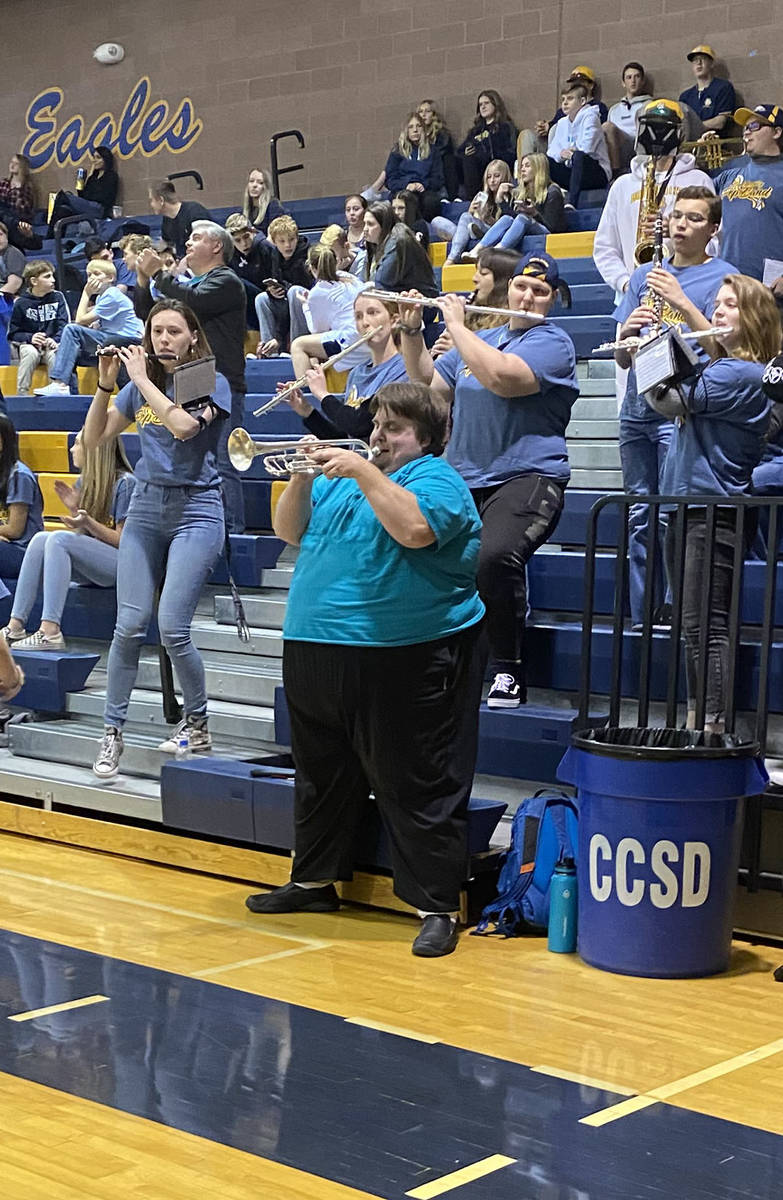 Gillette, 41, was the band director at Boulder City High School and taught a variety of music classes. He was known for his love of people and music.

“He was the most genuine and generous person you would probably ever meet in your life,” said Emily Gillette, his wife of almost 19 years.

She said he had the ability to make anyone laugh no matter the situation and was always the first person in line to help anyone who needed it, including current and former students. He would take meals or reach out and help in whatever way he could when someone needed help.

“When I entered high school I had no major passions or goals,” said Devin Desmond, a 2015 BCHS graduate. “He cultivated and built up my passion for music and took me from being some kid who liked messing around with a guitar to someone applying to music schools around the country in four years.”

Desmond said James Gillette also went “above and beyond” in helping him prepare for his auditions and was constantly encouraging him while he was in college.

“By the time I left college, I was making my living as a full-time musician between teaching, performing and accompanying. … Anytime I visited home, one of the first things I’d do would be to stop by the high school, go right into the band room, and get to meet him and catch up,” he said. “(We’d) fill each other in on our lives and music endeavors. It’s going to be really hard to walk into that band room and not see him again.”

Fellow class of 2015 member Brandon Bywater praised James Gillette for giving him confidence, a safe place to contribute and for his ability to connect individually with all of his students.

“I was one of the most introverted people in his choir and color guard and others knew it,” he said. “I barely talked, but he would get me to sing loud and proud … . I’m transgender. I didn’t make it super apparent in school but he recognized my difference regardless of his personal beliefs outside of school. He pushed for me to be treated like a dude, and put me in the tenor section with the guys because he believed I’d get where I am today.”

James Gillette had been at Boulder City High School since 2008.

Principal Amy Wagner described him as an integral part of the community and said he would be “missed by all.”

“He inspired many students through the years with his spirit, energy and passion for music,” said Wagner. “James had the gift of being able to connect with his students in a way that made them feel like the band room and the school was their second home. He saw the leadership potential in his students and pushed them to greater heights. He helped so many to discover the beauty of music while at Boulder City High School. He was funny, kind, compassionate, determined and witty. He was a husband, father, educator and my friend, whose legacy will live on in the lives of all he touched.”

Emily Gillette said the thing she will miss most about her husband is his bear hugs.

“His hugs were magical,” she said. “Anytime I was upset or had anxiety, he would hug me and it would all be better.”

James Gillette had been in the intensive care unit at the hospital for about two weeks. He had been diagnosed with bacterial pneumonia and then acute respiratory distress syndrome.

Emily Gillette said he had been sick for a while before that, but he just had a cough.

She said they are planning a service July 31 at the Church of Jesus Christ of Latter-day Saints stake center on Water Street in Henderson. All the other details are in process, and she said she will announce them when they are finalized.

A GoFundMe account has been set up for the Gillette family at https://bit.ly/2VMzUax.