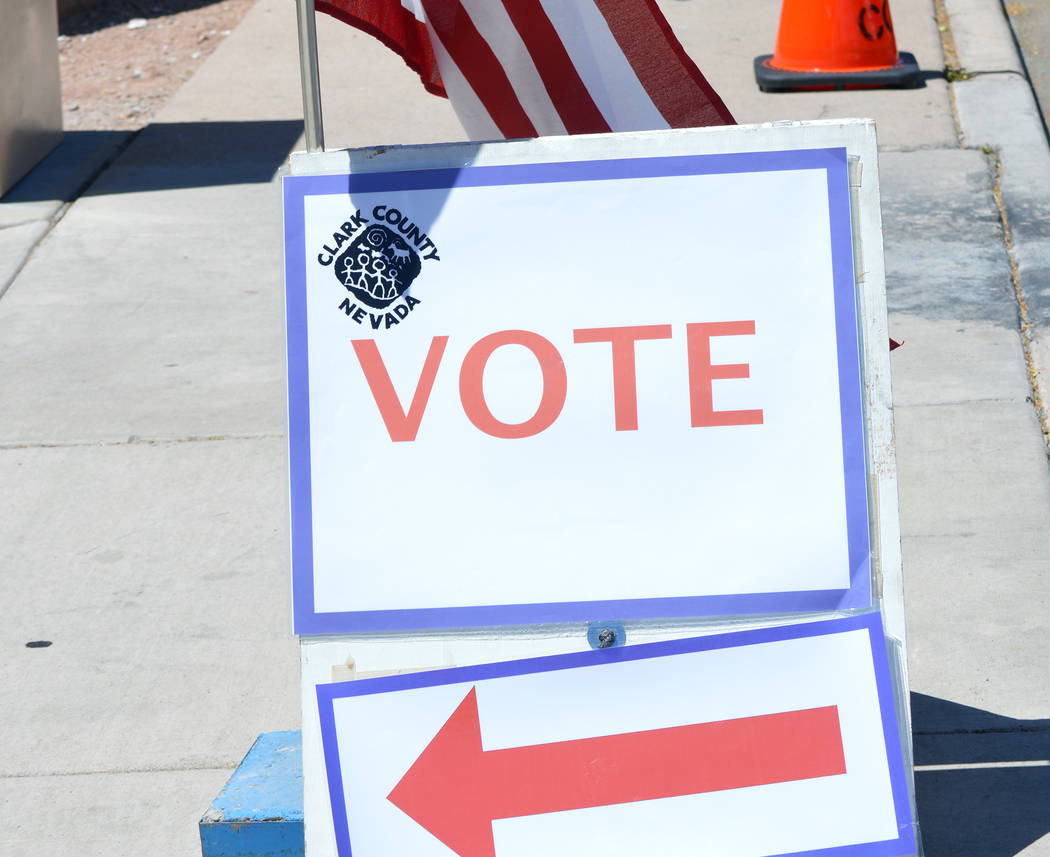 Two Boulder City residents won their races in the Clark County primary election Tuesday, June 12, and will be moving forward to the November ballot.

Leavitt is a third-generation Nevadan and has lived in Boulder City since he was 10 years old and is raising his family there. His stepmother is City Councilwoman Peggy Leavitt.

Clark County Clerk Lynn Goya, a Democrat, is seeking re-election, her race was not on the primary ballot. She is being challenged by Republican Minddie Lloyd, and they will face off in the general election. Goya is a Boulder City resident and her husband Alan, is chairman of the Boulder City Historic Preservation Committee.

The candidates for the State Senate District 12 seat also were not on the primary ballot. Democrat Gary Jordahl and Republican Joseph Hardy will face off in November.

The field of candidates for several state and federal political races affecting Boulder City were also narrowed in Tuesday’s election.

The field of 16 candidates for U.S. Congressional District 3, which represents Boulder City, was narrowed to two: Democrat Susie Lee, who earned almost 67 percent of her party’s vote, and Republican Danny Tarkanian, who earned 44 percent of his party’s vote.

Republican U.S. Sen. Dean Heller and Democratic U.S. Rep. Jacky Rosen won the primaries for their parties and will face off in November for a U.S. Senate seat representing Nevada. Heller, the incumbent, earned approximately 70 percent of his party’s vote, and Rosen, the challenger, earned 77 percent of her party’s vote.