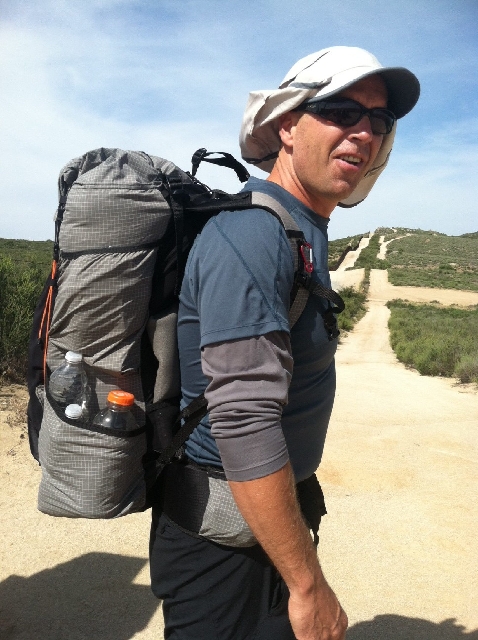 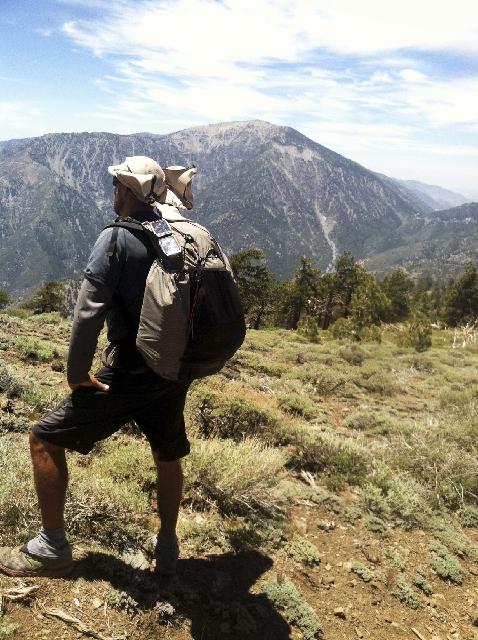 On June 10, Steve Halteman wrote in his blog, “There is ice in my water bottle and fighter jets overhead.”

Halteman, a 1981 Boulder City High graduate, was on day 39 of a planned hike through California, Oregon and Washington on the 2,650-mile Pacific Crest National Scenic Trail.

So goes Halteman’s journey, “another step in his discovery of one’s self,” his mother, Myrna Halteman, said.

Steve Halteman undertook this latest step in the discovery of self to focus attention on Escuela Verde, a school he and his wife, Naomi, helped improve six years ago in Costa Ballena, Uvita, along Costa Rica’s southern Pacific coast.

Escuela Verde began with five children in two grades in an area with a need for a solid, bilingual education, according to Steve Halteman’s “Stories From Steve” blog. Today, the school has 100 children in six grades and a preschool.

Because there is a “great demand in the area,” Halteman’s next project is to build a high school.

“Our goal is to provide a world-class education to these children to allow them the opportunity to finish high school and attend college in any part of the world. We are the only school in the entire coastal region aiming to do so,” he wrote on his blog.

Reading more of Halteman’s blog, there is a glimpse of the realization that his 50th birthday is approaching and even though he is constantly traveling and discovering, Boulder City is his “permanent address,” emphatically attested to by his mother.

Myrna Halteman described her son as the “Indiana Jones of the family,” adding that he is the image of her late husband, George, who had been a minister in the United Church of Christ. “Steve’s spirit” was inherited directly from his father, according to Myrna Halteman. “Steven is a George.”

Although Steve Halteman may be the proverbial chip off the old block, he has also learned a thing or two from his mother, who was a teacher. Myrna Halteman established the kindergarten at Escuela Verde and makes yearly trips there to energize the teachers with her own brand of in-service training.

When he was 4, he went camping through Russia with his parents and 2-year-old sister, Jennifer.

The Haltemans traveled to Boulder City in 1979, where all four Halteman children — Steve, Jennifer, Jill and Beth — graduated from Boulder City High.

Steve Halteman met his wife, Naomi, in Turkey while he was studying international law for a year. The two hitchhiked through Africa where they briefly “were caught up in a revolution,” Myrna Halteman said.

“Travel has been our thing,” she said.

While in Japan, Naomi Halteman was in a serious biking accident, and the couple traveled back to the United States and lived in Maryland where she underwent extensive medical treatment.

While in Maryland, Steve Halteman worked as a night court judge, and when not on the bench, discovered he loved to build furniture. Little did he know he would one day build all the furniture for Escuela Verde, according to his mother.

To finance his travel and projects, Halteman advises “high-priced attorneys,” as his mother calls them, on their jury selection. He has also co-authored a book on the subject that will be published in the fall.

As Halteman continues his trek for better education in Costa Rica by walking the Pacific Crest National Scenic Trail, he describes more of his 39th day of the journey.

“All day I experienced the fear the Taliban must endure. Over 25 sorties of fighter jets zipped directly overhead. Some of the flybys were 200 feet off ground. They sizzled the mountain and our senses, as we ducked repeatedly. I counted the bombs on their wings to pass the time. The hot-dogging was wild as I watched them doing barrel rolls through tight mountain passes. The training purpose was obvious. Those mountains were cousins to the ranges of Afghanistan. Hope they all come back.”

As of June 10, the last day he posted on his blog, www.storiesfromsteve.org, he had traversed 741 miles of the trail, 25 miles that day alone.