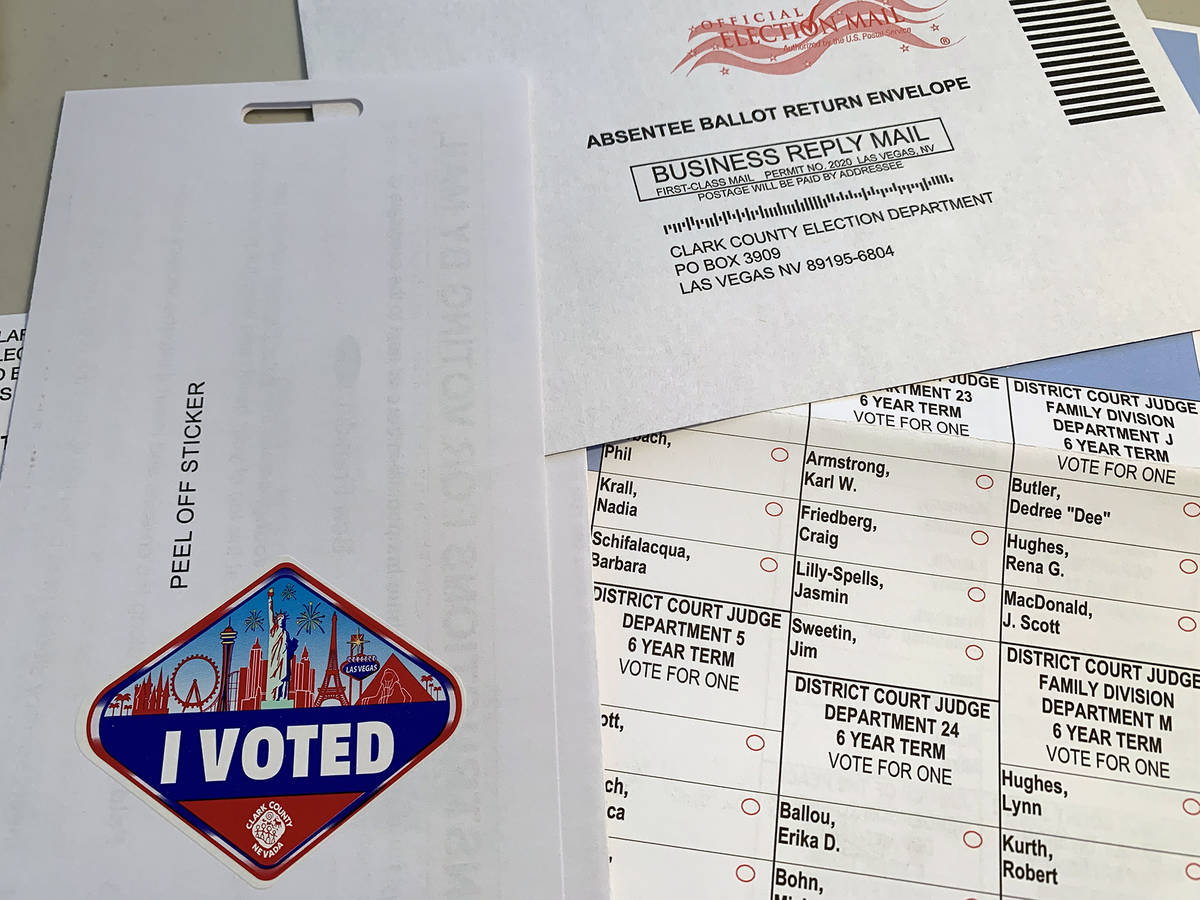 (Hali Bernstein Saylor/Boulder City Review) In an effort to help prevent the spread of COVID-19, the June primary election will be conducted entirely by mail-in ballot.

The June primary election will be conducted entirely by mail-in ballot in wake of the COVID-19 pandemic. According to the Clark County Election Department, all registered voters will receive a ballot packet in the mail by Monday, May 18.

The packets will include a ballot, instructions for using the ballot, a postage-paid envelope to return the completed ballot and list of locations to drop off the ballot if they cannot be put in the mail.

Mailed ballots must be postmarked by June 9 and be received by 5 p.m. June 16 to be counted.

Ballots can be dropped off in person at Boulder City Hall, 400 California Ave., during business hours through June 5 and between 7 a.m. and 7 p.m. June 9.

Boulder City residents are being asked to weigh in on the local races for Congressional District 3, State Assembly District 23 and Clark County School District, along with numerous judicial positions.

Rep. Glen Leavitt, a Republican, is seeking re-election to the state Assembly. He is being challenged by Democrat Brent Foutz and American Independent Bill Hoge.

Felicia Ortiz, who represents District 3 on the state board of education, is being challenged by Bruce James-Newman and Justin Mickanen for the four-year term.