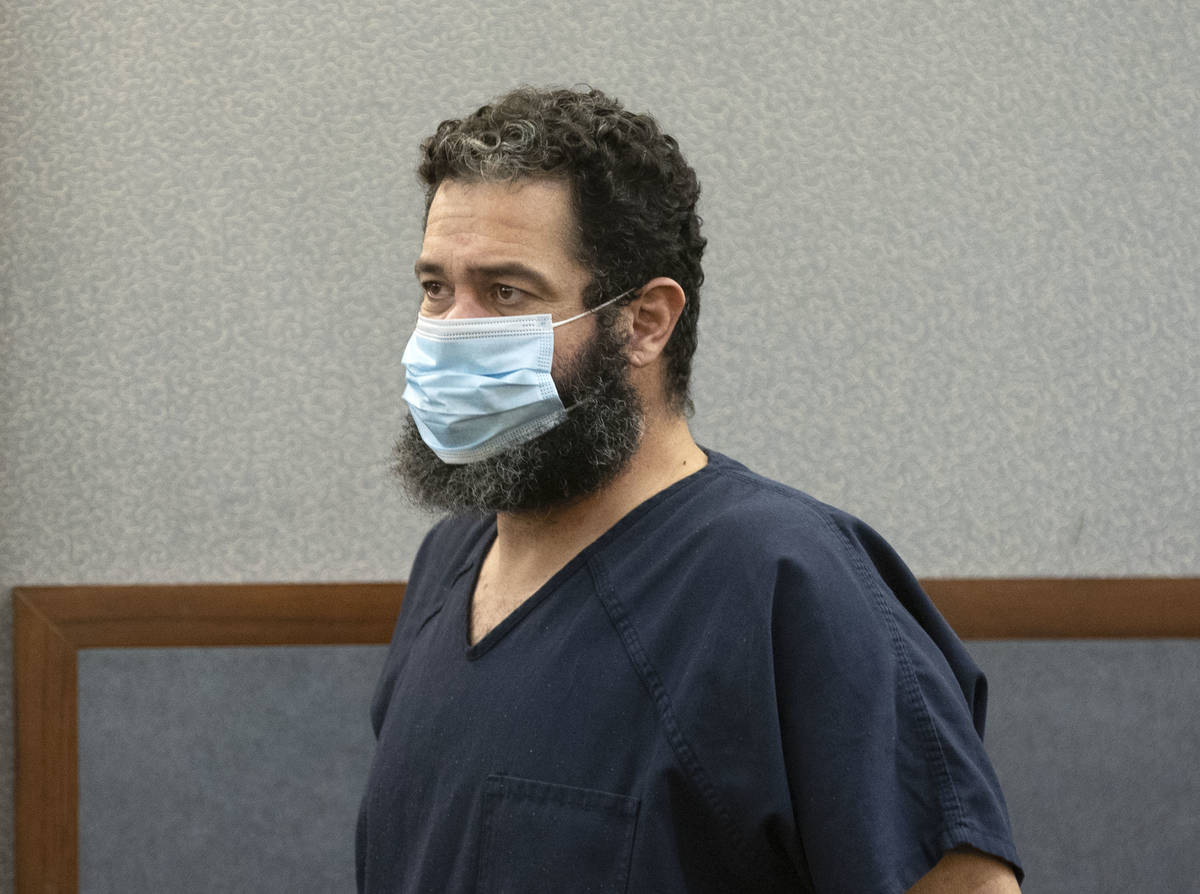 (Bizuayehu Tesfaye/Las Vegas Review-Journal) A judge set bail at $750,000 for Jordan Barson, seen at the Regional Justice Center in Las Vegas on Feb. 4, the box truck driver accused of plowing into a group of bicyclists, killing five.

Authorities have said Jordan Barson, 45, was high on methamphetamine when he plowed into a group of bicyclists on Dec. 10 in Clark County, killing five of them.

Prosecutors had filed court papers, asking Las Vegas Justice of the Peace Suzan Baucum to set his bail at $1 million, according to online court records.

Should Barson post the $750,000, he must undergo drug and alcohol monitoring and submit to random urine testing. And he must not drive, the judge ordered Feb. 11.

As of late Tuesday, Feb. 16, he remained in custody in Clark County Detention Center in Las Vegas.

Barson had nine times the amount of methamphetamine in his system needed to be legally considered impaired at the time of the crash on U.S. Highway 95 near Searchlight, according to police and court reports.

Barson is scheduled to return to court March 4 for a preliminary hearing.

The bicyclists were with a group of about 20 who set out from Henderson that morning to complete the roughly 130-mile Nipton Loop. All of the bicyclists who were killed or injured were seeking cover from the wind and riding behind the group’s safety escort vehicle when the box truck Barson was driving crashed into them, according to a Nevada Highway Patrol report.