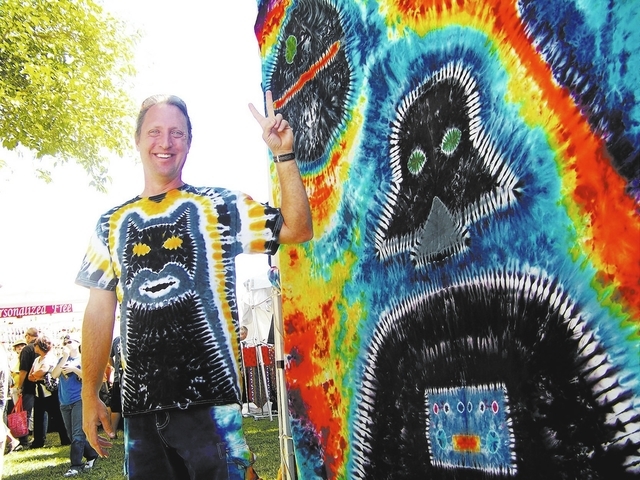 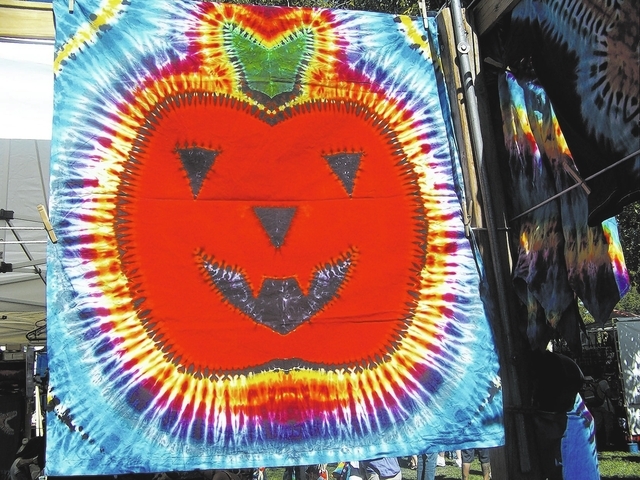 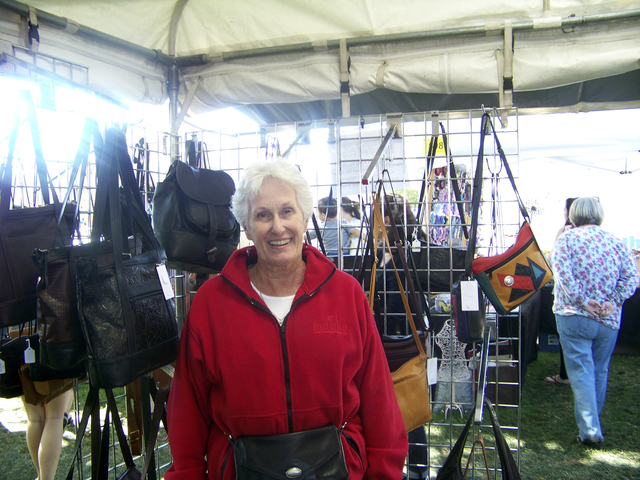 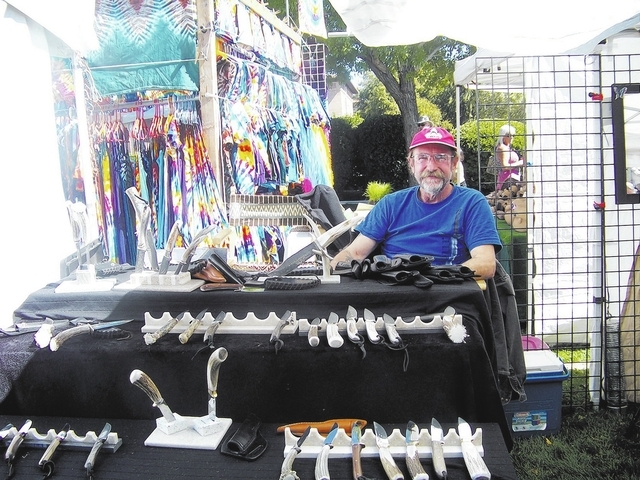 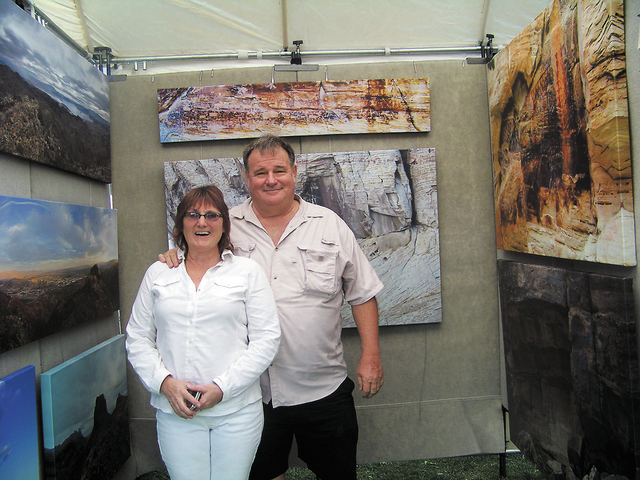 Saturday and Sunday at Bicentennial wasn’t just a walk in the park — it was Art in the Park, a Boulder City staple since 25 women started it in 1962. Now entering its sixth decade, an estimated 100,000 people attended the most important fundraiser of the year for Boulder City Hospital Foundation.

About 340 vendors of food, crafts and fine art were kept busy both days as customers swarmed the booths.

One of the most colorful booths at the fair was the Tie-Dye Guy, Brian Gleser. Gleser operates his 35-year-old business out of Modesto, Calif., where his parents began it 35 years ago.

“Tie-dye is bright, happy, fun,” he said, waving a peace sign in front of a Darth Vader tie-dyed print. “Everyone likes it.”

Everyone now extends to his 4-year-old son, who is already moving the business into its next generation with his own tie-dye creations.

As in past years, the town was filled with people searching for unique art pieces, jewelry and crafts. Some seemed to not know it was a fundraiser for the local hospital.

“Quite a few folks don’t realize this is connected to the hospital,” Boulder City Hospital CEO Tom Maher said. “We’re trying harder to get the word out to the public.”

Boulder City Hospital is undergoing a significant expansion of its facility. The new work includes remodeling for the acute rehabilitation program; a new gero-psych (gerontology and psychology) building for people 55 and older; an emergency room; improvements to the exterior of the physical occupational therapy department and a new entrance.

The first phase, Maher said, includes the gero-psych and rehab facility. He said he expected those completed by the end of 2013, but the remainder is “loosely scheduled for August or September 2014.”

Last year, Art in the Park raised $160,000 for the hospital. Maher said he expects to do at least that well this year. The final figures will not be released until later this month.

Entrance to the event is free, and the foundation’s primary revenue at the event comes from renting booths to vendors. It also receives revenue from paid parking and the only beer and wine booth at the outdoor fair.

The 340 vendors “exhaust our available space at the venue,” Maher said.

Maher emphasized the importance of this fundraising to the hospital.

“We’re the only independent nonprofit (hospital) in Nevada,” he said. “We sink or swim on our own.”

He said he is trying to recruit a funding development director to help with raising money for the facility.

This year, Boulder City Hospital included a health fair adjunct to the main event. It sat off by its own in Escalante Park.

The Health Fair included free blood pressure and blood glucose testing and displays from other health care vendors. Some were aimed at dealing with red tape requirements for Medicare and the new Affordable Care Act. A lot was on display, but because of its location, it received about 10 percent of the traffic of the art fair.

Maher said the foundation added the health fair this year to cement the connection between the fair and the Boulder City Hospital.

“Not many people realize the art fair is connected to the hospital,” Maher said. “We wanted a hospital-based event, a health care produced event to tie the two together.”