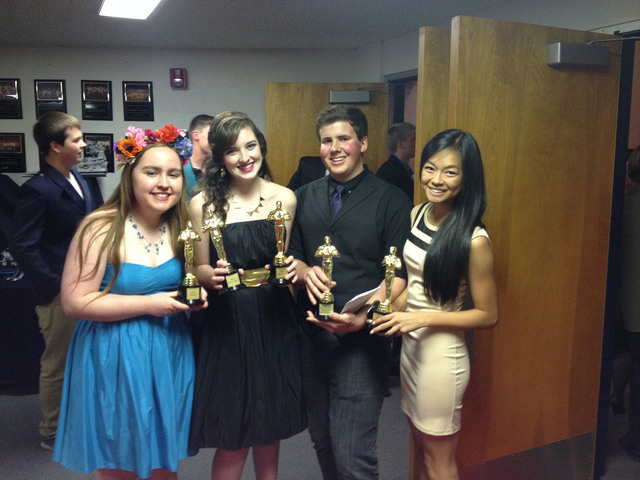 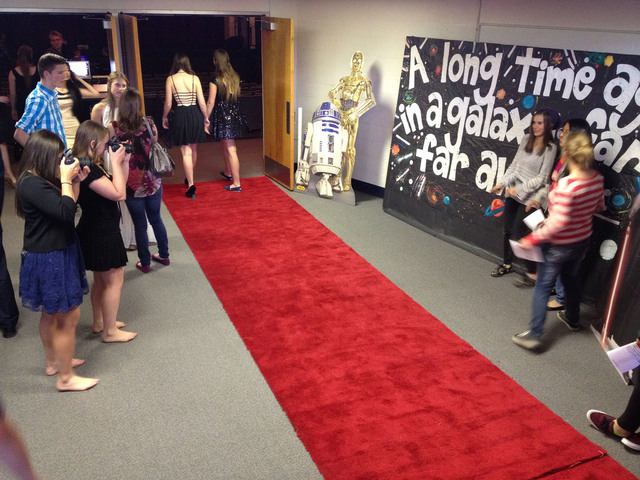 The red carpet was in place as students from Boulder City High School tenuously filed in the school theater for the second annual Boulder City Movie Awards on April 3.

There wasn’t a Tom Ford tuxedo or a Vera Wang dress to be found, but school-dance dresses and the occasional bow tie made appearances.

The Boulder City High School theater isn’t the Dolby Theater in Hollywood where the Academy Awards were held in March, but the excitement could be felt throughout the entire auditorium as students, parents and judges discussed the nominees.

Public-service announcements were broken down into 30-second and 90-second categories. Topics in the 30-second clips featured more domestic problems such as impaired driving and the importance of seat belts, while the 90-second clips took on more international causes that ranged from drug abuse to poverty to flooding in the Philippines.

Despite having to do most of the work off campus, senior David Ortiz said he enjoyed putting together a film.

“I really loved it,” Ortiz said. “I want to get emotionally connected to my audience, and I think movies are a great way to do that.”

Ortiz, who was nominated for best actor for the film “Gateway,” said he and his crew used nothing more than a tripod and a camera for their project. Together, they studied several movies and stories to get inspiration for their movie. He plans to study film at UNLV.

Matt Lopez took home the award for best actor for his performance in “Panda Problems.” Lopez also won the award for best music video with Amy Pellouchoud and Julie Sargeant for their rendition of Daniel Powter’s “Bad Day,” and thanked his brother for helping him get into theater.

“I was an awkward kid in eighth grade and he helped me get out of my shell,” Lopez said in his acceptance speech for best actor. “I wouldn’t be who I am today without him.”

Domzalski said she was at peace knowing that her hard work paid off. She plans to study journalism and film at the University of Oregon next year.

“It feels really relieving to get all of this recognition,” she said as she tightly clutched her awards. “But if I didn’t have my crew, none of this would’ve happened.”