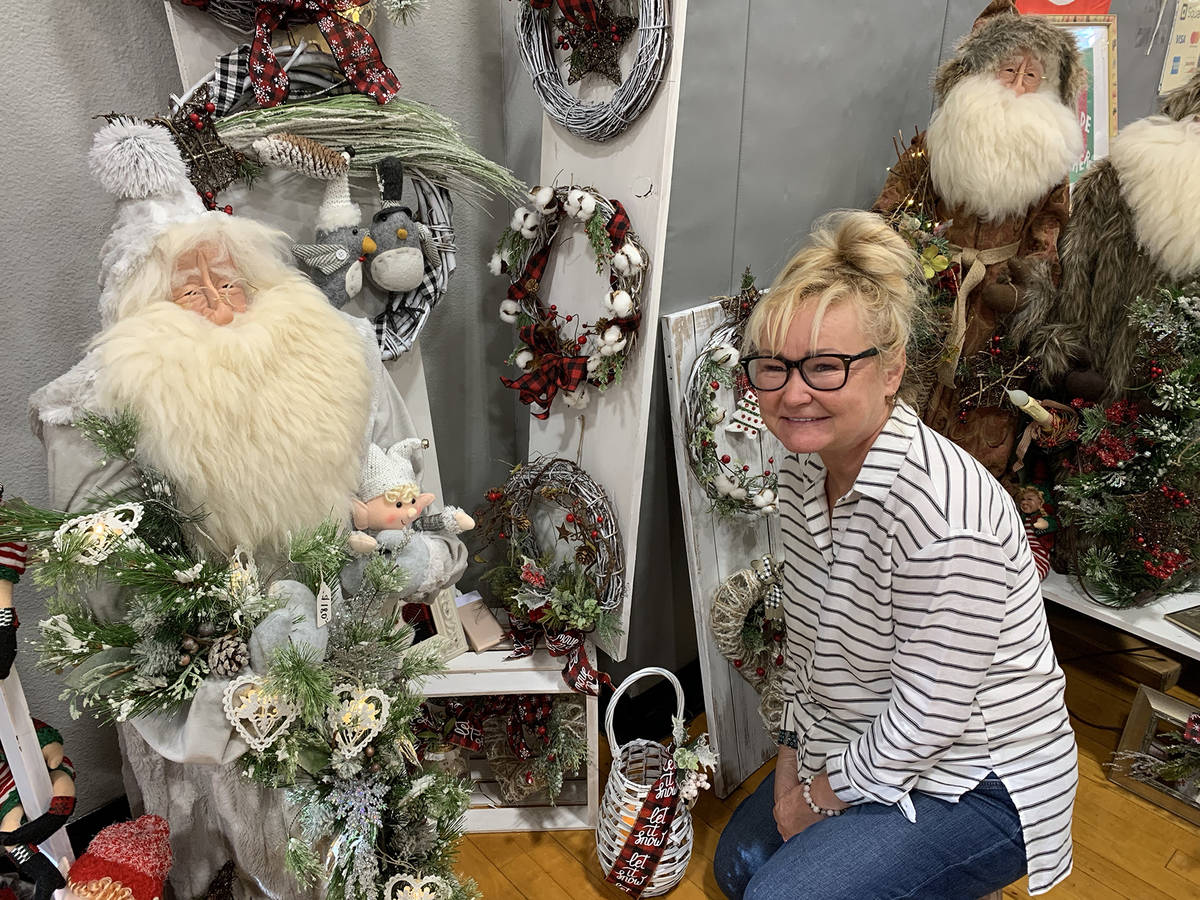 Boulder City Community Club's annual Doodlebug Craft Bazaar was canceled this year due to the pandemic and its organizers are encouraging people to attend next year's event.

Community leaders worked hard to make this year’s holiday season as normal as possible despite the usual events being canceled because of the pandemic.

“The chamber board of directors and staff worked hard to find alternate ways to host Christmas events this year,” said Jill Rowland-Lagan, CEO of the Boulder City Chamber of Commerce. “Whether it was smaller events over a longer period of time in December or virtual versions, it was our hope to still produce great, safe entertainment for our locals and guests.”

Usually the Doodlebug Craft Bazaar, Luminaria and Las Posadas, Christmas tree lighting, photos with Santa and Mrs. Claus and Santa’s Electric Night Parade take place during the first weekend in December. Due to social restrictions caused by the pandemic, however, all of them were canceled or held in a different way.

“We could not do it like we did it last year,” said the Rev. Michael Eaton.

The event features a processional, live Nativity, live music and a singalong. This year it was recorded and posted online for people to watch.

Eaton said since the pandemic started he has been recording his sermons and posting them on the church’s YouTube channel and thought they could do something similar with this year’s Luminaria and Las Posadas to keep the tradition alive for the community. So he and other church members and participants spent a day recording all the scenes and then everything was spliced together.

“I think it turned out all right,” he said. “It was only 16 minutes, but 16 minutes is long enough to bring joy to someone.”

Another major event is Santa’s Electric Night Parade, which brings in visitors and lighted floats from all over Boulder City and the Las Vegas Valley.

“We were super sad we couldn’t do a parade, but we understand because we don’t want to put people in harm’s way,” said Mike Pacini, parade chairman.

Pacini said it came after his wife suggested they take their trailer and go caroling around town.

“From there, I talked to Jill and came up with the idea to drive Santa through the neighborhoods,” he said.

Rowland-Lagan said “Bringing Santa to a Neighborhood Near You” was her favorite new event.

“Hearing the screams of little ones and shouts of bigger-little ones was so heartwarming. … We do hope that the public has appreciated the extra efforts made to at least try and have a little sense of ‘normal” with ‘A Boulder Christmas,’” she said.

“We just tried to do those little things to keep it going,” added Pacini.

Dale Ryan and Dyanah Musgrave were able to light thousands of lights at their home at 1525 Fifth St. as they have done for the past 16 years, but they did have to make some changes.

“With everything everyone has gone through … we all needed joy, happiness and ‘normal,’” said Musgrave.

She said they did not put up a light display in their garage because people usually crowded around it. They also did not host an opening countdown ceremony for the community because last year’s event drew almost 1,000 people.

”Dale and I are normally in the driveway talking with everyone, but this year due to the pandemic and my immune system bring compromised from chemo(therapy) we are staying on the front porch talking to everyone from a distance,” she said. “I can’t tell you how many people have thanked us for doing the lights this year.”

The Doodlebug Craft Bazaar is traditionally held the first Saturday in December and features thousands of homemade crafts and items for sale. This year it was canceled.

“There’s no way we can keep it as normal as possible,” said Cokie Booth, president of the Boulder City Community Club, which puts on the craft show.

Since the club was unable to put on the Doodlebug, Booth said they donated what money the club had to local organizations. It gave $500 to the Boulder City Animal Shelter, $500 to Little Lambs Childcare and Preschool, $1,500 to the Senior Center of Boulder City and $2,500 to Emergency Aid of Boulder City.

“It’s really sad and we hope people don’t forget about it,” she said about the Doodlebug Craft Bazaar. “I think we’ll be fine, but it’s hard. It’s a good thing we did cancel, but it’s just sad.”

Booth said the club is encouraging people to attend next year.