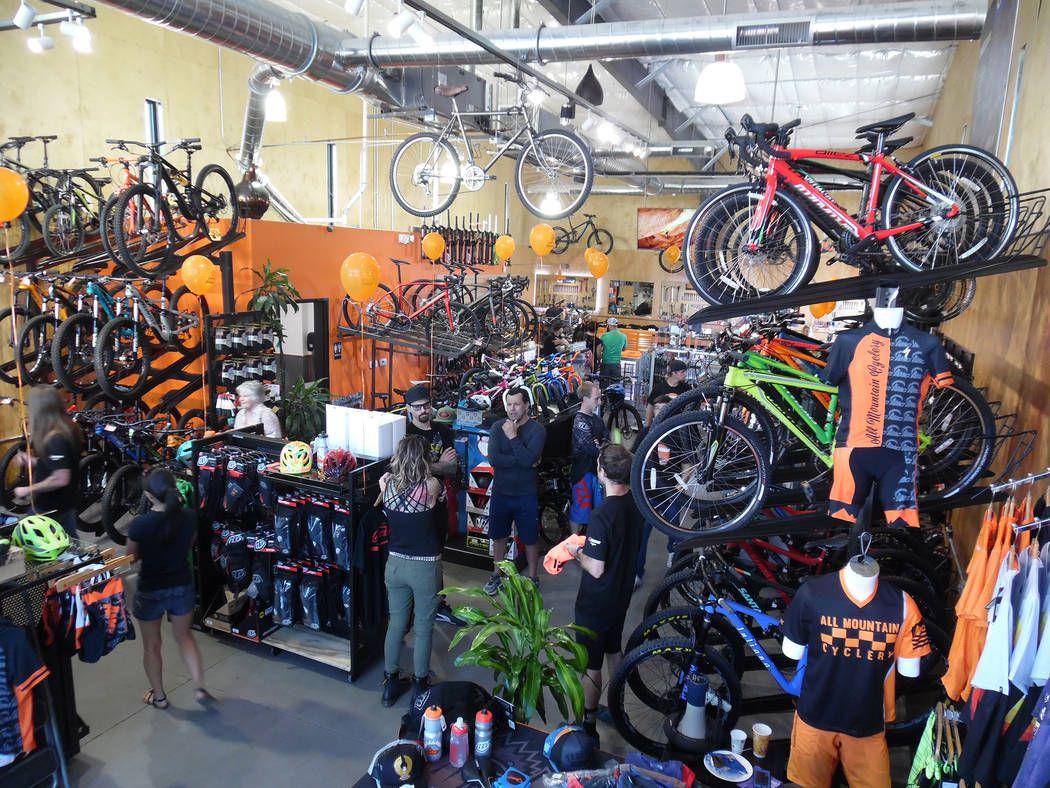 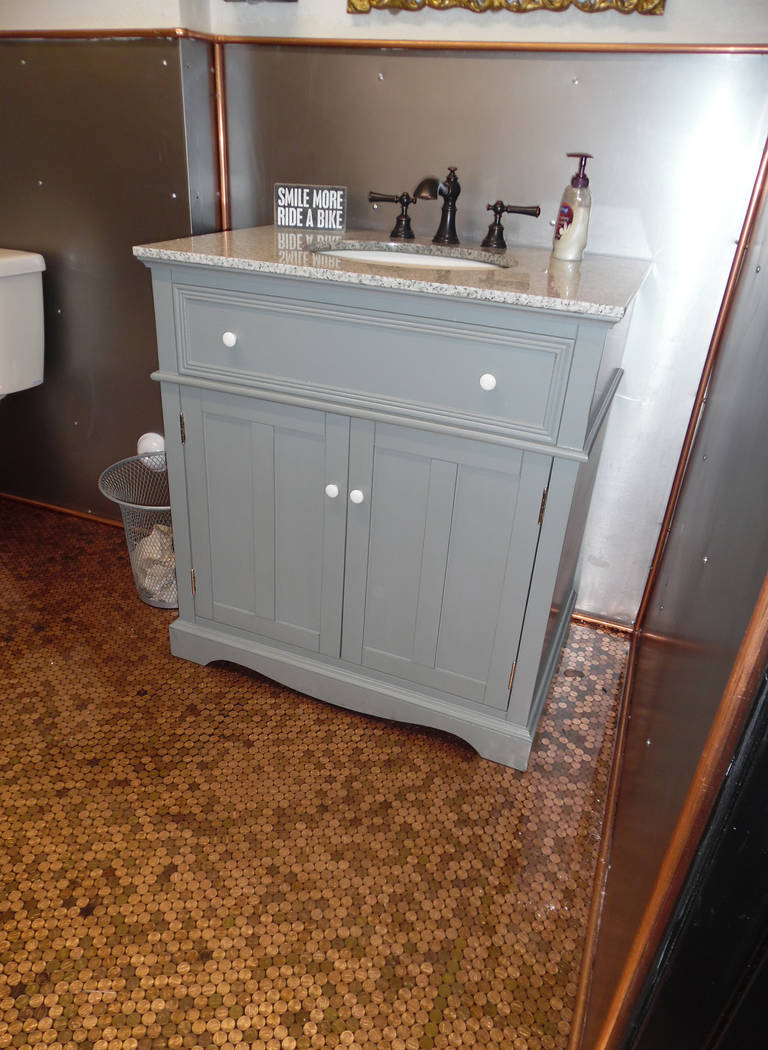 Hali Bernstein Saylor/Boulder City Review All Mountain Cyclery literally invested cold hard cash into its new building at 1601 Nevada Highway, creating a floor of pennies. Crews spent about two weeks putting down the coins one by one.

In the meantime, the store continued to operate in its smaller space.

The new facility is a brand-new building and gives All Mountain Cyclery 1,500 more square feet, as well as new computers and a new air delivery system. There is more room for its bicycles, equipment and accessories, as well as increased space for the mechanics to work.

“We just outgrew our spot over there,” Frampton said.

“We now have the staff, funding, etc. … to make the move. It seemingly just kind of happened,” he added.

The new store also echoes the quality of what is around it.

“We’re really here because Bootleg Canyon is here,” he said. “That’s why we’re in Boulder City. We have an amazing place to ride bikes, recreate and trail run.”