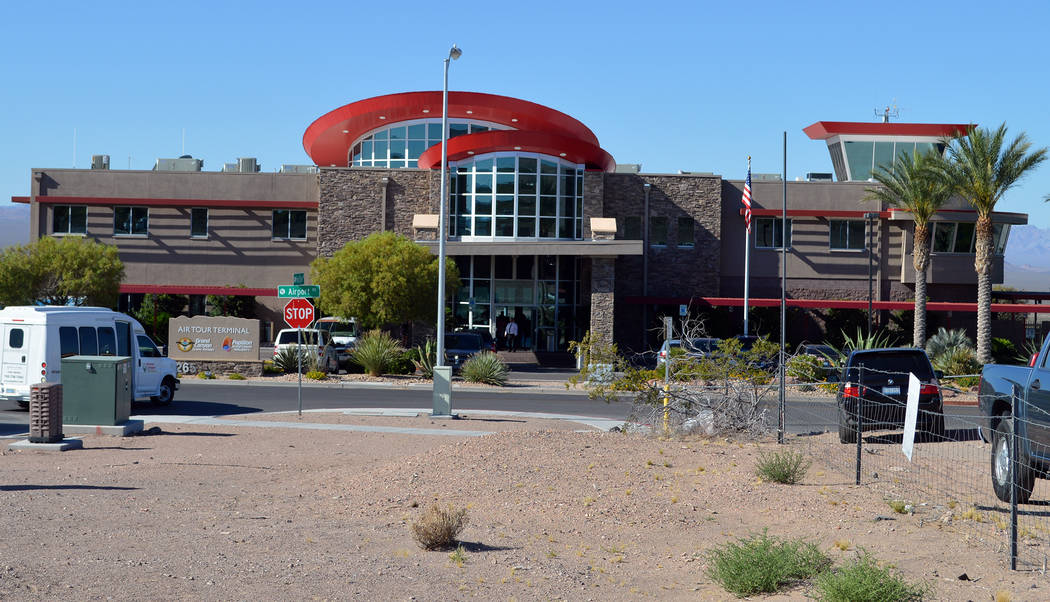 An operator at the Boulder City Municipal Airport said the terms of his lease are not being allowed, but according to the city, he is violating the agreement.

Robert Fahnestock, an operator at the airport, said he received a notice Sept. 5 that his two 10,000-gallon mobile refueling trailers were in violation of the 2012 International Fire Code, the Airport Rules and Minimum Standards Section 4.13, as well as his lease, which only allows underground fuel storage tanks. His lease also allows him to dispense fuel from mobile tenders.

“The tanker in question is being utilized as a storage facility, transferring fuel to fueling trucks then to planes,” said Boulder City communications manager Lisa LaPlante. “Per the lease agreement with Mr. Fahnestock, fuel must be stored in an approved underground tank. Our fire department determined this was not compliant with International Fire Code and airport rules.”

Fahnestock, however, said he is using the trailers as mobile tenders, not as storage tanks.

“They’re trying to say that trailer is fixed and not legal. … That code is for a fixed tank,” he said. “Those standards do not apply to a trailer that is allowed to go on the highway.”

According to an email from city employee Brad Stasik sent to Fahnestock’s attorney, the specific part of the fire code is Chapter 57 Section 5704.2.2, which states that neither tank cars nor tank vehicles shall be used as storage tanks. In the email, Stasik also said the fire code required tank vehicles be approved by the fire department before being put into use.

Fahnestock, who owns BFE LLC and has been a fixed base operator at the airport for 13 years, was told after the code violation that he needed to apply for a permit in order to use the trailers. He also said this was the first time he had needed one for his refueling equipment. He submitted the application Sept. 9 and said he was told it would be processed within 10 days. More than a month later, on Oct. 17, he said he received a notice it was denied.

“The bottom line is the airport was built with federal grant money, and that means the city has to follow certain steps to remain in compliance with those grant assurances, which they aren’t and never have been,” Fahnestock said. “In these assurances, it clearly points out BFE has the right to secure its own source for fuel, and the airport sponsor can’t stand in the way.”

Fahnestock said he invested $500,000 for the two trailers after the city changed its fuel operations in August 2018.

“One year ago the city took over the fuel farm, and the City Council voted to have the city’s airport management start to compete with the two private fixed base operators,” he said.

As a private fixed base operator, he would make purchases from the fuel provider at the city’s self-service pumps at the airport. He would then sell the fuel to customers at the airport, with the profits going to BFE.

When the city restructured the operation and allowed the fuel to be sold through the city, it received the profits. The city and the new fuel provider, Epic Aviation LLC, were also then responsible for the fuel dispensing equipment and its maintenance.

During that Aug. 14, 2018, City Council meeting, Fahnestock expressed his concern with the new proposed contract.

“The airport has never, ever sold fuel before,” he said. “It’s really kind of a strange situation for myself. … My company will be competing with the city. If you can imagine as a business person competing with your landlord, it’s kind of hard to comprehend. … It’s just really, very, very unusual.”

Additionally, Fahnestock said he planned to build a fuel farm in his leased space, but it could be complicated because he would essentially be asking his competitor for permission.

We have long had a fuel farm at the airport,” LaPlante said in an emailed statement. “The fuel farm agreement with World Fuels expired in August 2018. The city issued an RFP (request for proposal) for a fuel provider last year. Epic was the selected bidder.”