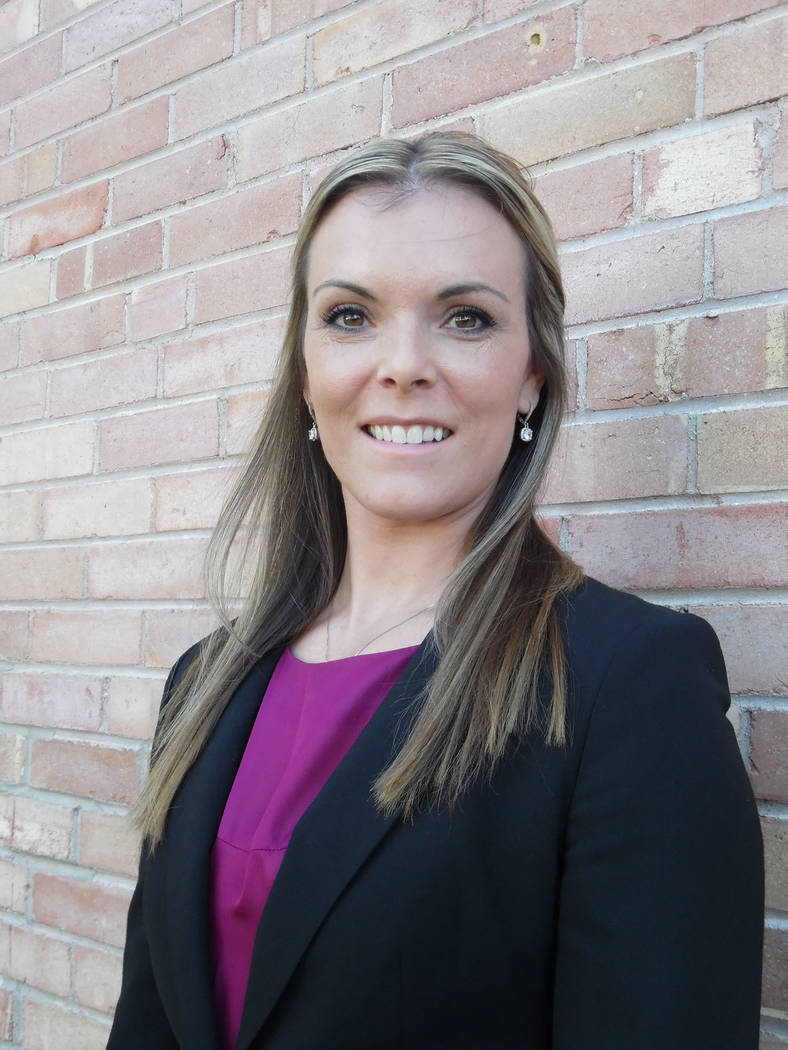 Jennifer Lopez is leaving her position as the manager for the Boulder City Municipal Airport to take a position with the Clark County Department of Aviation. Her last day of work is Dec. 20.

The manager of Boulder City Municipal Airport is leaving for a new a position in Clark County.

“I’ve been offered a great opportunity to work for the Clark County Department of Aviation,” said Jennifer Lopez, who was hired as the airport manager in June 2017. “I love the team I’ve worked with here in Boulder City, and I truly value the support I have received from the mayor, council and city staff over the past two years, but this opportunity was just too exciting to turn down.”

In her time at the airport, Lopez helped finish its master plan, improved the runway and started the process to install a control tower.

“Jennifer has been an extraordinary leader for the airport and worked to bring it in line with other municipal airports its size,” said City Manager Al Noyola. “Her knowledge of the industry, her conviction to do what is best for the city and her demeanor in the most challenging situations will be missed by many. We wish her all the best in her future endeavors.”

Lopez said she is proud of what she’s accomplished and will miss seeing the completion of some of the work she started.

“The best part has been working with staff to institute changes to make our airport safer and with the aviators who have a true passion for flying,” she said. “I’m especially proud to have worked on the airport fuel farm, transient ramp reconstruction, airport master plan and taxiway A realignment projects. Safety is and has been my number one concern here, and I’ll miss seeing the proposed control tower move forward now that the funding shortfalls have been addressed and the Federal Aviation Administration airport improvement program cap has been lifted.”

Before working in Boulder City, Lopez spent six years as an airport program administrator for the Clark County Department of Aviation. She was also a Clark County firefighter and is a commercial pilot and flight instructor.

She has bachelor’s degree in aeronautics and a bachelor’s degree of business administration in aviation management from the University of South Dakota. Lopez has been in Southern Nevada for more than 10 years.

According to Communications Manager Lisa LaPlante, Boulder City Administrative Officer Bryce Boldt will manage the airport until a replacement can be found. She said the search is expected to take four to six weeks. Lopez’s last day at the airport is Thursday, Dec. 20.