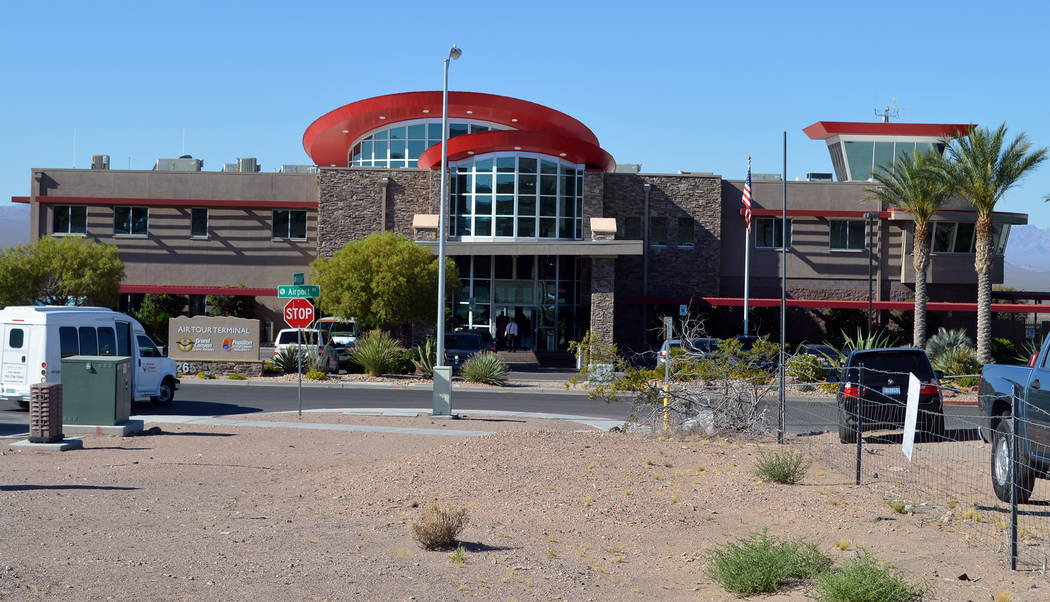 File The future of the Boulder City Airport Advisory is unclear. It has not held any meetings since January and the new airport manager has noticed several inconsistencies in its past operation and duties.

Members of a city advisory committee are upset the city has vacated all its meetings since January, and they are uncertain about the group’s future.

Boulder City’s Airport Advisory Committee is supposed to meet quarterly but has not met since January.

Committee Chairman Deborah Downs said vacating the meeting in April was “understandable,” as Kerry Ahearn, the airport manager at the time, resigned on March 28.

The next meeting would have been in July, but it was vacated, as was the one scheduled for October.

“This last one was just unacceptable … The thing that troubled me about that meeting being vacated is there was an acting (airport) manager and decisions being made about spending grant money,” Downs said.

Downs said she also called for a special meeting after the October one was vacated, but it has yet to be scheduled.

Airport Manager Jennifer Lopez said that the meeting on Oct. 3 was vacated for “two main reasons.” First, the city is reviewing the committee. Second, she had not yet received her training on open meeting law and meeting ethics from the Nevada attorney general. Her training was scheduled for Wednesday, Nov. 1.

The committee was started in 1994 with the purpose to “advise the City Council and city manager on matters concerning the airport master plan, rules and regulations and maintenance of the Boulder City Airport,” according to Mayor Rod Woodbury.

It does not have any authority to make decisions.

The lack of advisory committee meetings this year has some of the airport users concerned.

Rob Martin owns six hangars at the airport — one he uses personally and five he rents out to others.

He said that he is an interested and concerned citizen who flies in and out of the airport and, like Downs, is worried about the city vacating committee meetings. He thinks the committee is the voice of the general aviation population at the airport, and it seems as if that voice is going away.

“It was set up to help city government, and yet the city has not held one in almost a year,” he said.

He also applied to be on the committee in January and he is still waiting to hear about a possible appointment.

According to Lopez, the city is working on changing the committee.

“City staff would like to restructure the AAC to allow for more open discussion and exchange of ideas and information … The city is not proposing to eliminate the committee but to restructure the Airport Advisory Committee, to ensure all rules, regulations and operating procedures are followed that we are required to follow,” she said.

“My experience with the AAC … is that an advisory committee is just advisory,” said Bob Fahnestock, a pilot who owns a fixed-base operation at the airport, as well as approximately 15 private hangars. “The city is going to do what it’s going to do.”

In terms of its future, Fahnestock said he would like to see the committee go from an advisory panel to an airport board that can take action and doesn’t really care if it continues in its current manner, especially with people serving on it who don’t use the airport.

“The airport is an extremely busy … airport and needs to be run with the users, community and city working together, which currently doesn’t exist,” he said.

According to Lopez, the committee has not been reviewed in the past 11 years, but it has been amended.

“There have been major changes at the airport in the last 11 years, and a number of the functions that were to be completed by the AAC are now completed by city airport staff,” she said. “Public input is essential in a community such as Boulder City, where many of the airport tenants have been operating at the airport since it opened in 1990. The city wants to ensure that, when the community is coming out to participate in an airport meeting, that the most is being made of that time by ensuring that the meetings are purposeful, efficient and effective.”

“The AAC’s future remains to be seen,” Woodbury said. “It’s still active, and I’d like to see it continue to be a fully functioning and successful committee for years to come. … I’ve reached out to the existing committee members in hopes of discussing what’s been working, what hasn’t and how we can improve its functionality going forward, as well as hearing how the council can better facilitate their mission.”

In her review of the Airport Advisory Committee, Boulder City Airport Manager Jennifer Lopez said she found a number of inconsistencies in its last update on May 3, 2006, as outlined in its rules and regulations, which include:

• Its powers and duties are based on Nevada Revised Statute, Chapter 278. However, this chapter is for general provisions on planning and zoning.

• The committee shall adopt rules for business transactions and keep a record of its resolutions, according to city Ordinance 478. But it does not include any details about how the committee should conduct business and is actually an ordinance establishing the Planning Commission.

• There are no records detailing training for the committee members, despite being required to adhere to and abide by normal legal standards, which include the Boulder City Charter and Nevada Revised Statutes.

•Tenants could possibly be recommending fees they would pay themselves, as several committee members are paying airport tenants and a duty of the committee is to establish and periodically review the tariffs and fees required for commercial operations.

• According to meeting minutes, only four sublease assignments have been forwarded to the City Council since 2011, making it unclear how the duties of the committee have been fulfilled in the past.