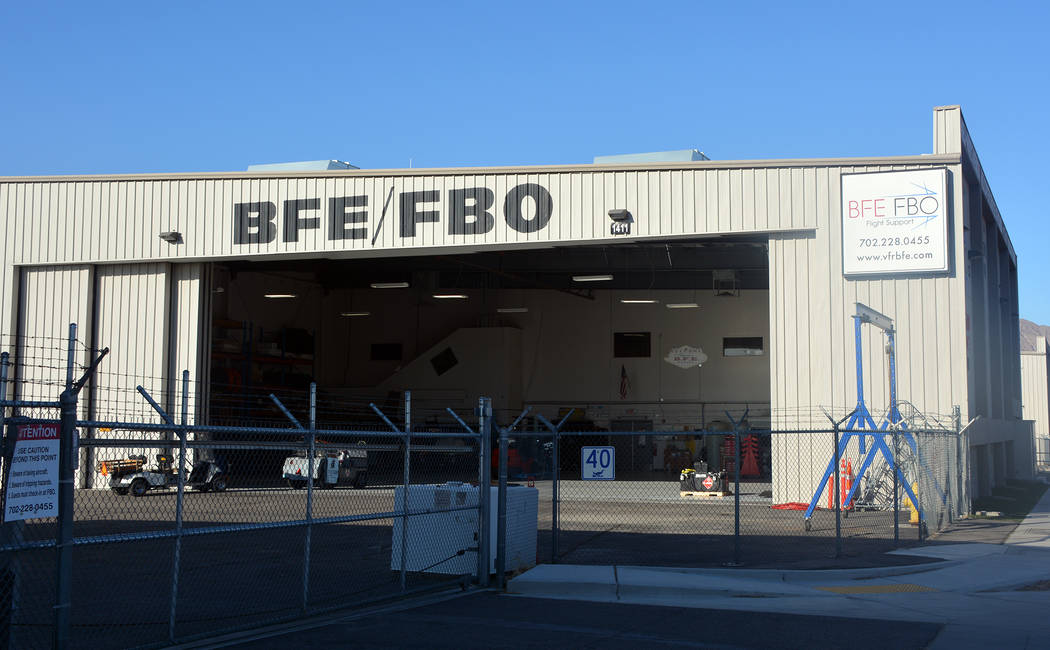 Celia Shortt Goodyear/Boulder City Review Robert Fahnestock, owner of BFE LLC, has filed a complaint in Nevada's Eighth District Court against Boulder City and the Fire Department for not allowing him to use a 10,000-gallon mobile tanker. Fahnestock also claims the city's fuel farm at the airport is unsafe and a threat to public safety. 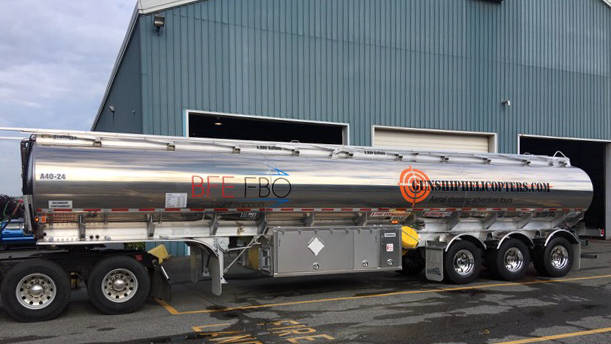 Robert Fahnestock This 10,000-gallon mobile tanker trailer is one of two owned by Robert Fahnestock, who has filed a complaint in District Court against the city and fire department for not allowing him to use it for mobile refueling operations at Boulder City Municipal Airport.

An operator at the Boulder City Municipal Airport has filed a complaint in District Court against the city and the Fire Department for not permitting him to dispense fuel from what he believes is a mobile tender.

City Attorney Steve Morris said the city intends to uphold and enforce the rules and regulations for airport operators and vigorously defend against Fahnestock’s “baseless allegations against the city and its fire department.”

“It is unfortunate that Mr. Fahnestock has chosen the path of litigation instead of simply following the rules and regulations that every other operator at the airport must follow,” he said.

BFE LLC has been a fixed base operator at the airport for 13 years. Fahnestock said he received a notice Sept. 5 that his two 10,000-gallon mobile refueling trailers were in violation of the 2012 International Fire Code, the airport rules and minimum standards section 4.13 and his lease, which allows only underground fuel storage tanks. His lease does allow him to dispense fuel from mobile tenders.

“The tanker in question is being utilized as a storage facility, transferring fuel to fueling trucks then to planes,” Boulder City communications manager Lisa LaPlante said in November. “Per the lease agreement with Mr. Fahnestock, fuel must be stored in an approved underground tank. Our fire department determined this was not compliant with International Fire Code and airport rules.”

According to the complaint, Fahnestock purchased the trailers “around September of 2019” because he was allowed to conduct fueling and refueling activities under his lease.

His attorney, Cami M. Perkins, wrote that on Sept. 10, acting Fire Chief Steve Walton came into Fahnestock’s hangar to inspect the tanker without notice and without BFE personnel present. She also wrote that Walton has worked as a flight instructor for one of Fahnestock’s subtenants in a BFE hangar.

On Sept. 13, Fahnestock was told he had to apply for a construction permit to use the tanker, which he did. That permit was denied Oct. 10.

Fahnestock filed his complaint Nov. 11 but said he did not move forward with it until recently because he and city officials had been meeting to work out a solution.

He said they met Nov. 14 and was told the city was conducting research about mobile tankers and would provide a detailed response to him within 30 days about using the tanker.

Fahnestock said during that time he received documents about the fuel farm’s safety inspections that he had requested earlier. He said he found discrepancies and sent them to an independent party, Aviation Training Academy, to audit the results.

Their report also found discrepancies and safety concerns with the city’s fuel farm.

In a letter dated Dec. 12 that was emailed to Perkins, Airport Manager Willy Williamson told her that Fahnestock’s 10,000-gallon trailer was too large to use for mobile refueling. He said it needed to be 4,000 gallons and that BFE should use one of its smaller trucks.

In the complaint, Fahnestock is seeking permission to use his tankers, permanent relief, pre-judgment and post-judgment interest, general damages in excess of $15,000 and reimbursement for all costs and expenses he incurred.

On Feb. 11, his attorney filed a motion for a preliminary injunction to allow him to use his tankers for refueling. In that motion, Perkins said Boulder City does not comply with its own fire safety regulations or the bare minimum industry standards.

“By preventing BFE from utilizing its mobile fuel truck, Defendants have effectively shut down BFE’s refueling operation and have made its own unsafe refueling service the only option available at the Boulder City Airport,” she wrote.

As a private fixed base operator, Fahnestock would purchase fuel at the city’s self-service pumps at the airport, which he resold to customers, with the profits going to BFE.

In August 2018, the city restructured the operation and sold the fuel to directly to aviators, receiving the profits. The city and the new fuel provider, Epic Aviation LLC, were also responsible for the fuel dispensing equipment and its maintenance.

“The airport has never, ever sold fuel before,” Fahnestock said. “It’s really kind of a strange situation for myself. … My company will be competing with the city. If you can imagine as a business person competing with your landlord, it’s kind of hard to comprehend. … It’s just really, very, very unusual.”

At the City Council’s budget workshop Feb. 12, Williamson said the fuel farm is “antiquated.” He also said the underground fuel tanks need to be moved above ground.