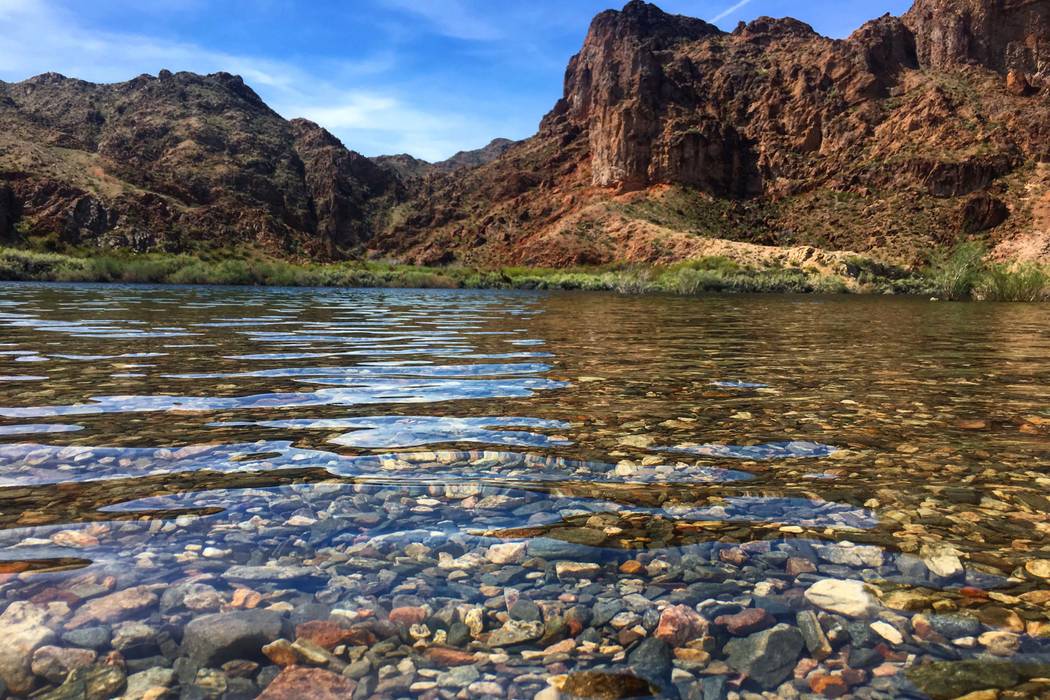 The Upper Colorado River Commission said “unilateral actions” by the Central Arizona Water Conservation District “threaten the water supply" and interstate relationships that govern water from the Colorado River that flows into lakes Mead and Powell.

A top official from the Southern Nevada Water Authority is calling on states that rely on the Colorado River to resolve their differences before a growing dispute derails decades of cooperation on the river.

The Upper Basin states of Colorado, New Mexico, Utah and Wyoming have accused one of Arizona’s largest purveyors of manipulating the river system to maximize the amount of water Lake Powell releases downstream to Lake Mead.

But officials from the Central Arizona Water Conservation District insist they are operating within the rules of the river as they deliver water through their Central Arizona Project canals to Phoenix, Tucson and farms in between.

“I think there’s been some mincing of words,” said Colby Pellegrino, Colorado River programs manager for the Southern Nevada Water Authority. “People have to sit down and talk these things through. We achieve certainty through collaboration.”

At the moment, that collaborative spirit is in jeopardy.

In an April 13 letter to Arizona’s top water regulator, the Upper Colorado River Commission said “unilateral actions” by the Arizona agency “threaten the water supply for nearly 40 million people in the United States and Mexico, and threaten the interstate relationships and goodwill that must be maintained if we are to find and implement collaborative solutions moving forward.”

Denver Water, Colorado’s largest water utility, upped the stakes April 16 by threatening to pull its funding from a riverwide conservation partnership unless the managers of the Central Arizona Project can prove they have “ceased all actions to manipulate demands and is fully participating in aggressive conservation measures along with other entities in Arizona.”

The dispute concerns the complicated federal framework that governs the coordinated rise and fall of lakes Mead and Powell based on certain water-level triggers in each.

The seven Western states that share the Colorado agreed to the operating rules in late 2007 in hopes of protecting minimum water levels in the nation’s two largest man-made reservoirs through 2026.

But even then, Pellegrino said, water managers knew there were ways large users could manipulate lake levels to boost releases from upstream.

Where Central Arizona Project officials crossed the line was in openly discussing what they were doing.

A few weeks ago, the agency posted an infographic outlining its efforts to take just enough water to keep Lake Mead in the “sweet spot” — low enough to trigger a big release from Powell but high enough to avoid a federal shortage declaration that would force Arizona and Nevada to trim their overall use of river water. And one way to stay in that sweet spot, officials said, was to make sure they didn’t “overconserve.”

“I think what CAP has done is really politically damaging,” said author, academic and longtime environmental reporter John Fleck. “And CAP has the most to lose, because they are the junior (water rights holder) if the collaboration on the river breaks down.”

The fight comes as Nevada, Arizona and California continue work on a drought contingency plan aimed at keeping Lake Mead out of shortage by voluntarily leaving more water in the reservoir.

Nevada has been ready to sign the agreement since 2016, but progress has stalled in Arizona and California, where water users are still arguing over how to share the necessary cuts.

Fleck said the Upper Basin states see the drought contingency plan as crucial to the overall health of the river system. In their recent letters, the Upper Colorado River Commission and Denver Water both called on Arizona to do its part to get the plan finished as quickly as possible.

“I think there’s an opportunity for diplomacy here,” said Fleck, who now serves as director of the University of New Mexico’s Water Resources Program but still blogs about Colorado River issues.

Pellegrino said everyone benefits when the seven states can solve their problems without the need for a costly, time consuming and unpredictable court battle.

“It’s a lot like living with six brothers and sisters,” she said. Though you might fight with each other from time to time, “ultimately you’re still a family.”