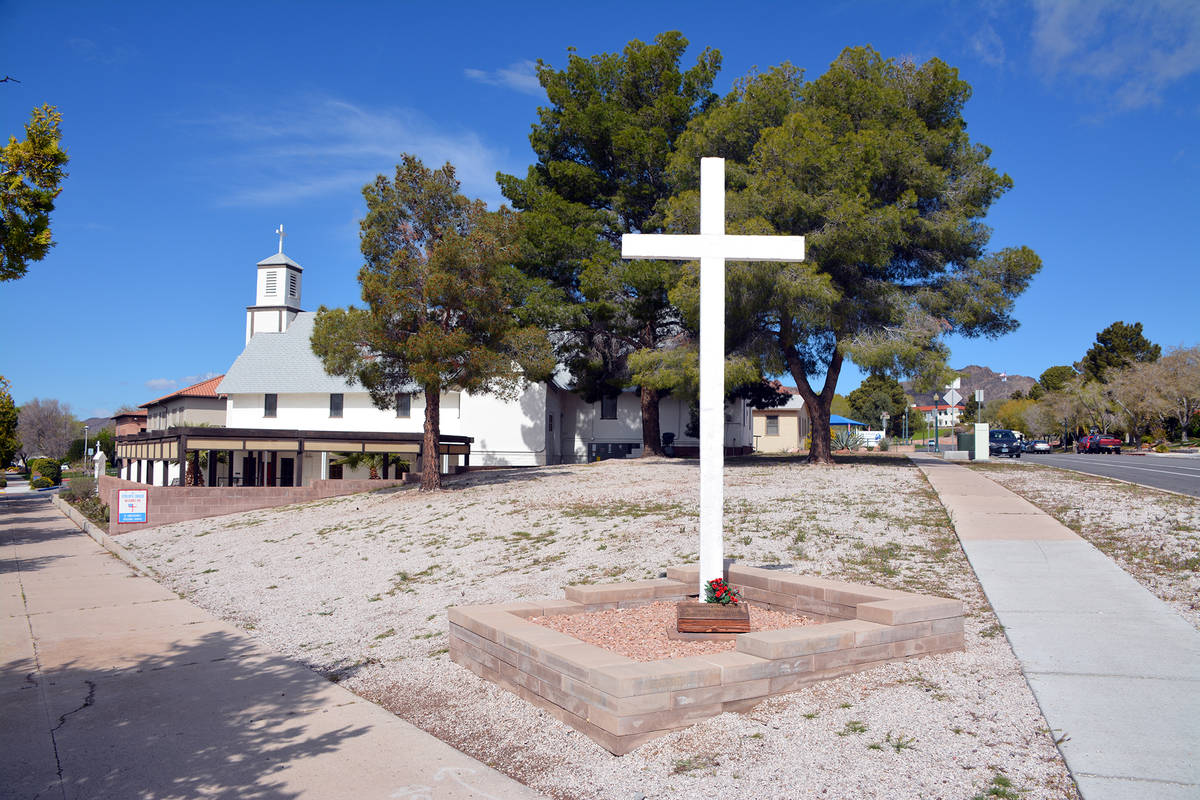 Celia Shortt Goodyear/Boulder City Review The cross at St. Christopher's Episcopal Church at the corner of Utah and Arizona streets was recently refurbished. It has been standing in that location since 1932. 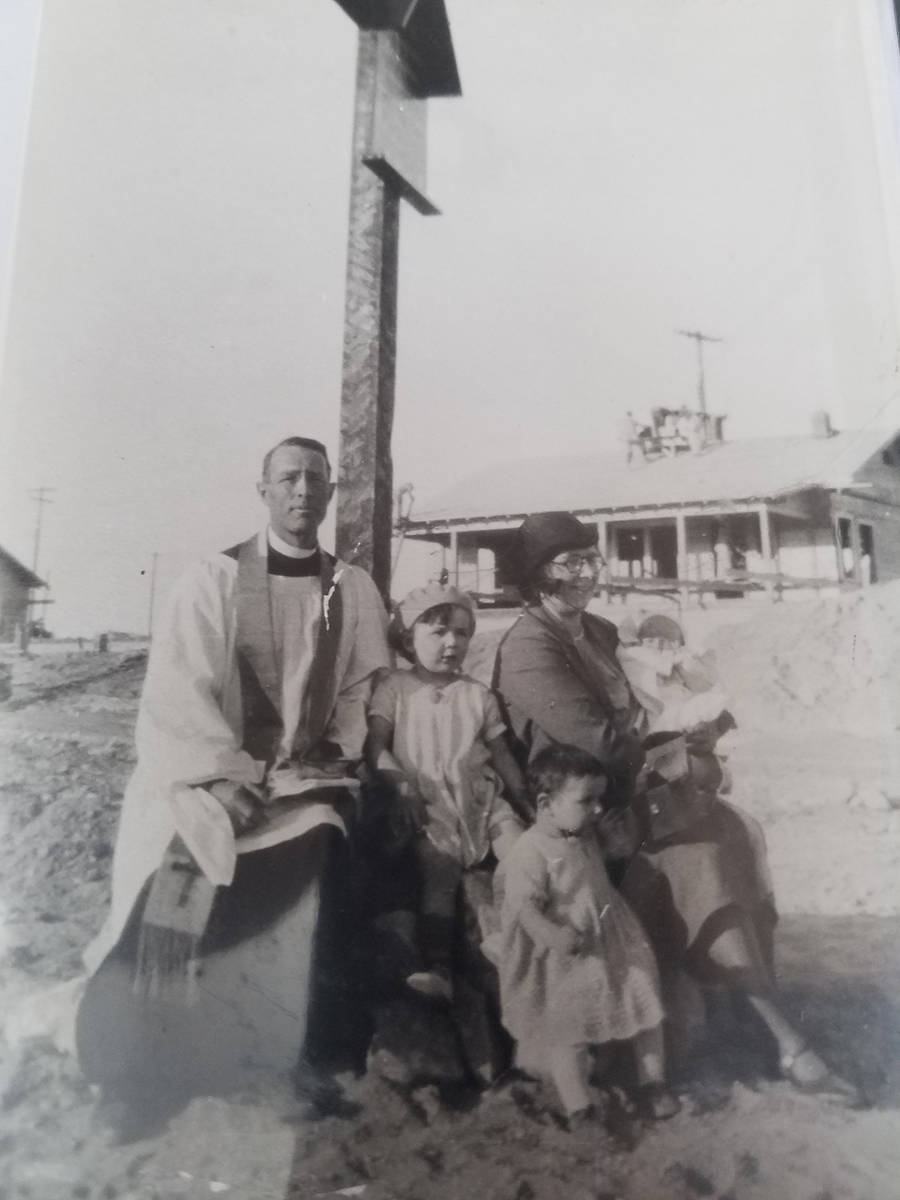 (St. Christopher’s Episcopal Church) The Rev. Arthur S. Kean, his wife, Ruby Kean, and their children, from left, Marjorie, Marilyn and Alice pose by the church’s cross in this picture. The cross was dedicated March 6, 1932.

One of the city’s oldest landmarks, the cross that sits at the corner of Arizona and Utah streets at St. Christopher’s Episcopal Church, was recently given a fresh look.

Mike Lindsay, junior warden at the church, gave the cross a new coat of paint, shined up its commemorative plaque and shored up its perch, ensuring it will stand for many more years.

“It was looking tired,” he said of the church’s beacon, which was dedicated March 6, 1932. “I don’t think the plaque had been shined since then.”

According to St. Christopher’s historian Donna Raney, the cross was installed several months before the church itself was built.

She said it is believed the cross that stands today is the original redwood one, and that it survived the 1977 fire that destroyed the original church.

Lindsay said the base of the wooden cross was deteriorating, so he “planted” it in 240 pounds of concrete and used angle iron to make sure it remains vertical.

In addition to shining the plaque, Lindsay said, he coated it with clear lacquer to protect it from the elements.

He said that when people can congregate at the facility again, he hopes to have several children make 1-by-1 concrete squares to decorate the base, adding to the rocks he placed there after removing a flower bed.

St. Christopher’s is one of the oldest churches in Boulder City. Raney said the plot of land where it now stands was obtained in 1930. In 1931, services were held in people’s homes, and the first holy communion was held Jan. 3, 1932.

The basement and lower part of the church were completed in June 1932, and the rest of the building was completed in September of that year, Raney said.

She added that the first baptism of any Boulder City church was held at St. Christopher’s. It also had the city’s first church bell, which was installed in May 1935.

As junior warden, Lindsay volunteers his time to keep the facility maintained.

“I grew up in a family that just did things,” he said of his maintenance skills. “My father built and fixed things, and I learned from him.”

Lindsay served as junior warden several years ago and recently accepted the position for another three years. He said he finds the work rewarding.

Next on his list are the weeds that have popped up.

“We are so thankful and grateful,” Raney said. “He has done stuff that we couldn’t afford.”